What Fresh Hell is This?

It's Harry Potter World at Universal Studios in California, that's what. Fine, I admit it. I was a TEENSY bit jealous that I had to stay behind for work while my family went to Hogwarts and visited grandma and grandpa in "Placentia."

Placentia is a not-made-up-town in SoCal that sounds like a female reproductive organ. It's located somewhere along the sprawl of Spanish-tiled Targets, Starbucks, Planet Fitnesses, and Cheesscake Factories between L.A. and San Diego, and my in-laws call it home.

I haven't been to Fallopian Tube in years because the kids usually spend spring break there and I'm always working, but if memory serves it is hot, dry, and features street after street that looks exactly like the three streets you just passed. But it has sun and Disney World/Universal Studios. Juneau, on the other hand, has rain and Costco, so I get the appeal.

Last year, the kids and Geoff had just missed the grand opening of Harry Potter by a month, so they had to wait another 11 months to pay almost a grand for the privilege of eating a chocolate frog in Hogsmeade. Okay, fine. I'm trying to make myself feel better for missing this, but someone had to stay behind and earn the money to pay for it.

I will let these pics--specifically the screenshots of my texts with Geoff--tell the rest of the story. As of this posting, I have not received an answer about the wands. 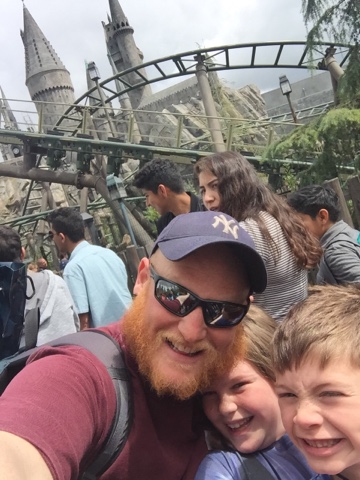 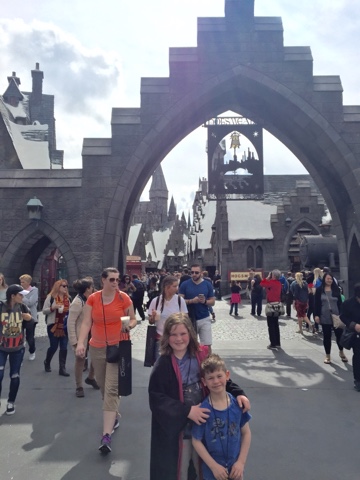 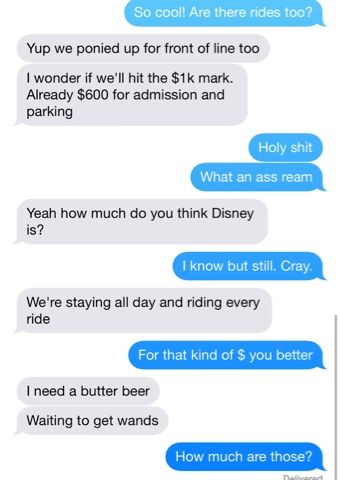 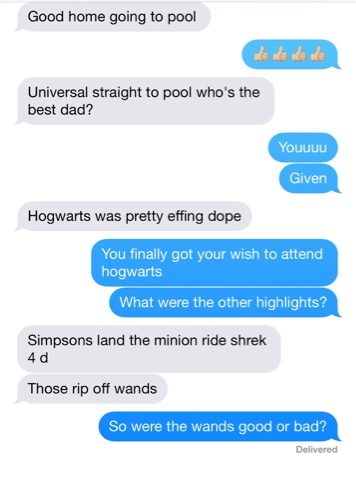