Born at the Right Time

“I was born at the wrong time.”

Do you ever say that to yourself? Or hear other people say it? I hear that a lot up here in Alaska, which—perhaps *slightly* more in myth than in reality— is 100 rolls of duct-tape deep in wilderness survivor, free-thinker types. Like peeps who are all about climbing into their aluminum skiff and disappearing for a week to shoot their own hot dogs in avalanche country.

Let me be the first to say: that ain’t me. Not by a country mile. Don’t get me wrong, I LIKE camping and hiking and boats and gardening and stuff. I just don’t want to like, HAVE to grow my own kale to survive. Like I don’t want my ability to raise a healthy crop of nasturtiums to be the only thing standing between me and the Grim Reaper.

Which is why I know I was born at the right time. The era of the single-serve Costco guacamole. The time of battling unsupported accessories for Apple products instead of, say, the Confederacy.The days of weighted blankets and meditation apps as a cure-all for sensory overload.

And I know I’m in the minority here, but I will die on this hill: When the Zombies come, I’m just gonna go. It’ll be like oh I can’t use Wayze to get from Rock n’ Jump trampoline park to the Cheesecake Factory ever again?

Fuck this shit. I’m OUT.

I thought about this when a friend posted something he’d seen in an exhibit at a museum in Anchorage: Nineteenth century wooden maps that the Greenlandic Inuit used to travel through their icy, fjord-dotted wilderness in kayaks. Each bump on the wooden stick represents a piece of the Greenland coast. They would keep these sticks in their mittens, and navigate the coast by touch.

This, above all, is how I know I was born at the right time. Do you have ANY IDEA how FUCKED I would be if I had to navigate the coast of Greenland? In the time before Trump threatened to buy it? In a kayak? With a bumpy stick hidden in my FUCKING MITTENS?!

Without fail, kayaking makes me vomit; and I’m lucky if I can successfully use Google maps to find that one dude’s house—the one who has all the Little League gear my kid needs—in the depths of the Mendenhall Valley.

I want to see an old married couple kayaking around Greenland in 1800 arguing about how to get to the next fjord:

“My mitten stick says it’s this way!”
“Honey I think we paddled past it four icebergs ago.”
“I think you’re feeling the wrong bump.”
“I think I know how to feel a stick map in my own mitten, thank you very much!”
“It’s getting late and we might hit whale pod traffic. I think we should stop that other kayak and ask for directions.”
“Absolutely not! I know exactly where we are!”

No thanks. 2019 sucks donkey tits, and there’s not much light at the end of the tunnel, but at least hell has GPS. 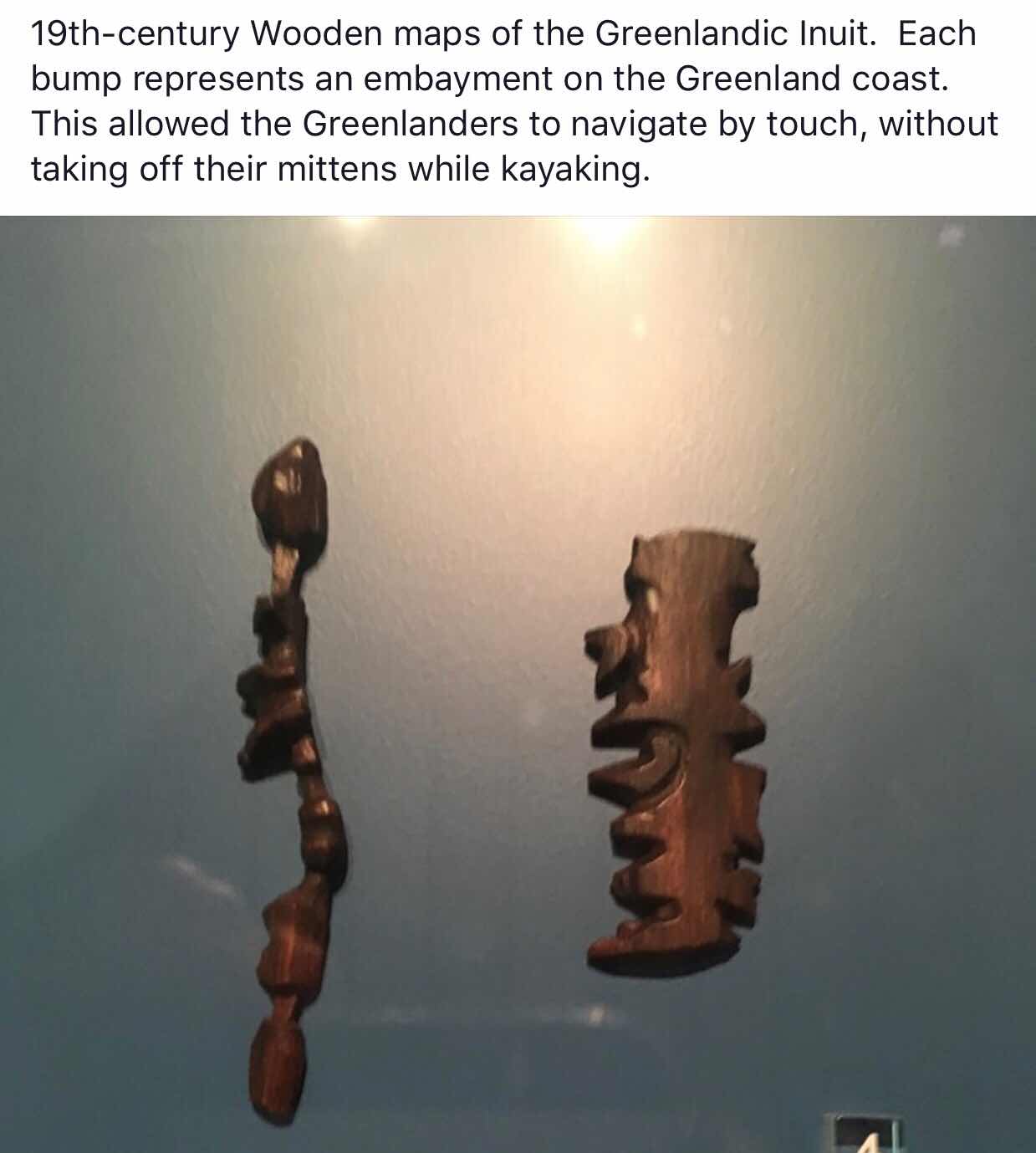 This week, the People's Governor™, through his Attorney General Kevin Clarkson, filed a lawsuit against state employees--specifically the ASEA--which is the main state employee union. Its members perform invaluable tasks like plowing your roads in the winter, extinguishing wildfires in the summer, fixing potholes in the spring, and processing your PFD checks in the fall.

James Brooks at the Anchorage Daily News has a good summary of the whole story here, which I won't reiterate. But I do want to add some context as someone who worked at the Department of Law for over 12 years and whose grandfather gave seven years of his life to federal prison for union organizing.

It is very rare for the Attorney General to initiate litigation against anyone, much less the state's own union. With the exception of consumer protection cases and amicus briefs, the state typically defends--not prosecutes--civil cases.

And the AG is not using his own perfectly competent employees to litigate the case, either. Many of them didn't even know the suit was coming at all. Instead, he's hired an Outside DC law firm, Consovoy McCarthy, to do the job at a "discounted" rate of $600 per hour on a $50,000 contract. This is a bargain from their usual rate of $900 or so. Last I checked, Assistant Attorneys General (i.e. line attorneys in the Department of Law) charge their clients less than $200 per hour. Most private practice attorneys in Alaska charge between $200 and $300 per hour. To be fair, the state has hired this firm to work as amicus counsel on controversial issues before, but never to mount a direct assault on its own employees.

Dermot Cole addresses the whole debacle here. Suffice it to say that hiring a white shoe east coast law firm to bust the biggest employee union in Alaska for eye-popping fees at a time when elders face bankruptcy and the sick face death thanks to the Governor's drastic budget cuts is not a good look. This firm also represents President Trump as his personal lawyers in Trump's financial shenanigans, and apparently has filed, or is filing, similar cases around the country against unions in other union-hostile states. One look at the complaint tells you it's a cut and paste job.

The Attorney General is pretending this ASEA case is all about state employees' First Amendment Rights. That's disingenuous AF.

As readers of this blog know, AAG Ruth Botstein and I were fired for exercising our First Amendment rights in speaking out against President Trump. My firing is the subject of separate litigation brought on my behalf by the ACLU, which also sued separately on behalf of two state psychiatrists who refused to sign the now-"retired" Chief of Staff Tuckerman Babcock's "loyalty pledge."

The point is, Kevin Clarkson doesn't care about state employees' First Amendment rights. Or at least, he wants to selectively apply the First Amendment. In Clarkson's world, the First Amendment is convenient when you're a religious zealot crusading against LGBTQ rights, or a corporate shill trying to bust unions. But freedom of speech can go straight to hell the minute anyone dares to criticize government officials out loud.

You might wonder why the AG is throwing so much money at neutering unions, and surprise surprise, the answer is more money.

Unions are bad for the corporate bottom line, corporations are all about the bottom line, they have bought themselves at least two branches of government, and they are hard at work on the third.

The greatest trick the corporate right ever pulled was convincing the working class right that unions were bad for them. But left or right, working class folks are never going to be millionaires courtesy of the American Dream or the largesse of those above them in the pecking order. People like Clarkson and those he works for and hires are making damn sure of that. The whole game is rigged, and absent some seismic shift in business as usual, the best we can do as a society is put some sideboards on greed by creating a fair labor market in which workers have basic rights like unemployment insurance, workers' compensation, overtime pay, and the weekend.

Tuckerman Babcock is gone, Donna Arudin is gone, and Clarkson and Dunleavy both seem to be gunning for jobs in DC. I'll bet you your union dues that the Governor resigns before he can face a recall. So if you're looking for people in high places and positions of power who have real Alaskans' interests at heart, you definitely won't find them in Alaska. 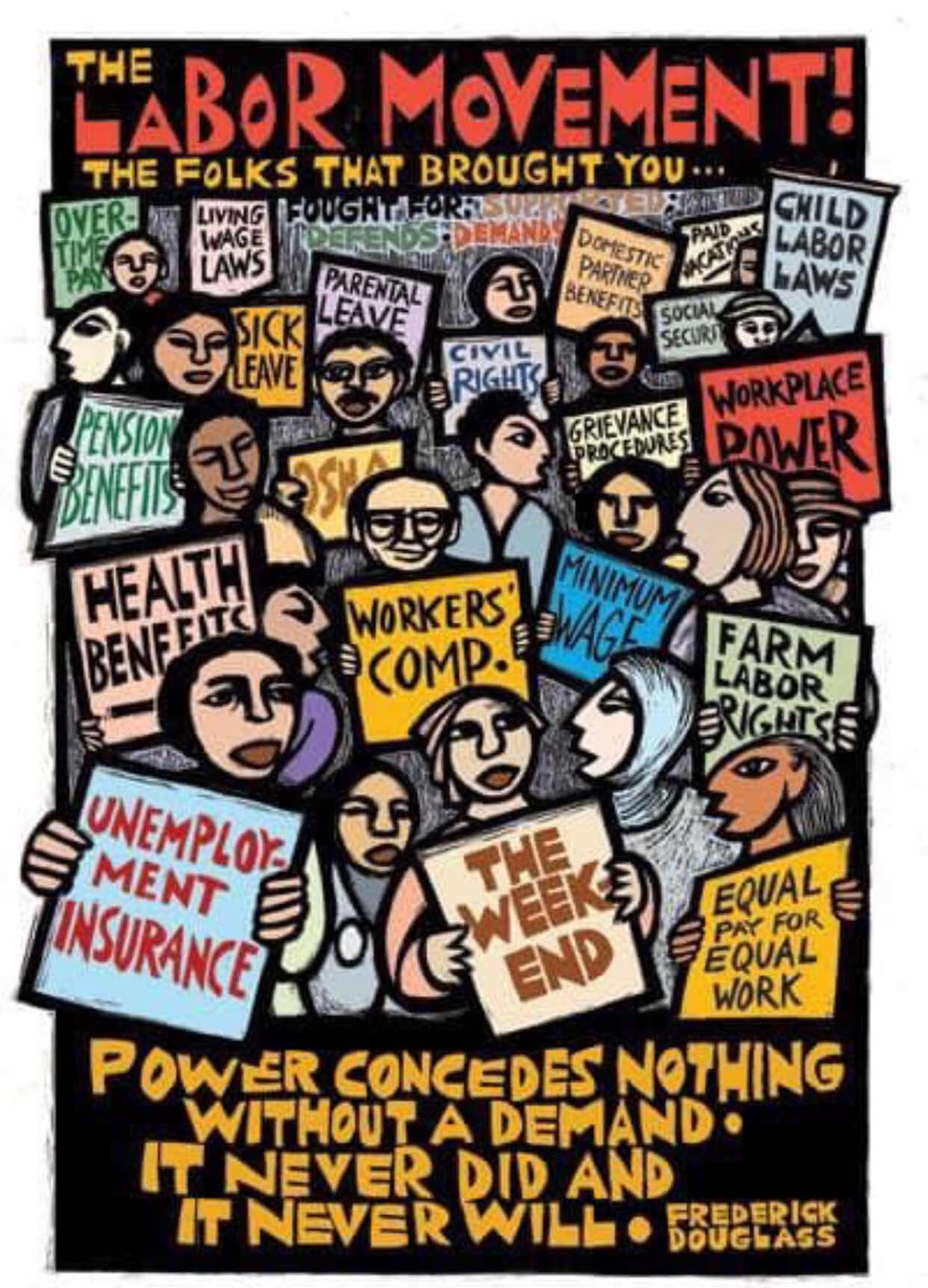 A fellow attorney here in Alaska alerted me to this critical proposed rule change to the Appellate Rules regarding approved fonts for filing legal pleadings in the appellate courts of the state.

The proposal "would eliminate certain fonts, add a tiered system of approved fonts, and require certification of font used and availability . . . Courier should be the font of last resort."

COURIER IS THE "FONT OF LAST RESORT," Y'ALL!

This made us both literally LOL, simply because of the cognitive dissonance between the grave tone of the rule change and its subject, the latter of which is undisputedly petty AF.

Certainly there are lofty issues facing our judiciary, today and every day. Our Attorney General and his boss, Individual 2, are openly attacking the court system and the separation of powers. These Amateur Hour Shitgoblins™ slashed the court system's budget just because they did their job upholding the constitution. Every day, the courts are deciding weighty issues of liberty and property for the citizens of the state at a time in our nation's history when the third branch of government serves as the only bulwark against encroaching authoritarianism.

But frankly, I think judges should be evaluating these issues in exclusively the following three fonts:

While Herculanum and Apple Chancery are valuable for their ridiculous names alone, Comic Sans, in my view, should be the font of FIRST resort.

In fact, I think I will type the rest of this post in Comic Sans to show you how serious a font it truly is, its name notwithstanding. Comic Sans is not just for Karens sending group emails to the office that the theme for this year's Christmas party is "tropical paradise" and everyone should wear Hawaiian shirts next Tuesday.

Indeed not, your honor.

In this canonical McSweenys piece, "I'm Comic Sans, Asshole," Comic Sans itself, through its counsel of record Mike Lacher, defends its own gravity as a font to be reckoned with. I am entering the above monologue into the record of public comment on this rule, and would draw the Court's attention to the following statement from Comic Sans itself:


I am on every major operating system since Microsoft fucking Bob. I'm in your signs. I'm in your browsers. I'm in your instant messengers. I'm not just a font. I am a force of motherfucking nature and I will not rest until every uptight armchair typographer cock-hat like you is surrounded by my lovable, comic-book inspired, sans-serif badassery.

Surely Alaska's appellate courts would be wise to adopt Comic Sans as the operative default font for all pleadings. Far be it for me to imply that anyone on the rules-making committee is an "uptight armchair typographer cock-hat" but there is certainly circumstantial evidence of same, and I don't think the possibility can be excluded as a matter of law. Moreover, there is direct evidence that reading boring sentences like "this is an easement appurtenant to a dominant tenement" would be much more fun in Comic Sans.

Whether the person or persons who wrote: "Courier should be the font of last resort" are, as Comic Sans stated, "uptight armchair typographer cock-hats" is really a question for the trier of fact, and, at least with respect to admissibility, a matter for the trial judge to consider in evidence as a potential exception to the hearsay rule.

COMIC SANS IS THE FONT OF FIRST RESORT IN ALASKA. IT IS SO ORDERED.