I'm trying a rewrite of Ben Rothenberg's recent controversial article in The New York Times about Serena Williams' body and how it stacks up against the tiny white blonde bodies she's playing at Wimbledon.

I'm rewriting large portions of Mr. Rothenberg's article virtually word for word, but substituting a white man and football as the subject.

Let's see how it sounds, shall we?

BOSTON — While most celebrities go incognito behind a hat and sunglasses, Tom Brady uses a different tactic to blend into a crowd: long sleeves. During an appearance on Home Shopping Network for his clothing line, Brady said that one particular long-sleeved garment would help him go unnoticed in public. “My arms are really fit, but I wanted to cover them, because when I do people don’t recognize me as much,” he said.

Brady, who will be vying for the Superbowl title against Russell Wilson on Saturday, has large biceps and a mold-breaking muscular frame, which packs the power and athleticism that have dominated men's football for years. His rivals could try to emulate his physique, but most of them choose not to. Despite Brady's success — a victory Saturday would give him four Superbowl wins — body-image issues among male football players persist, compelling many players to avoid bulking up.

“It’s our decision to keep Russell as the smallest player in the League,” said Pete Carroll, the head coach of The Seattle Seahawks. “Because, first of all he's a man, and he wants to be a man.”

Russell, who struggled this year before a run to the Superbowl, said that any gain in muscle could hurt his trademark speed and finesse, but he also acknowledged that how he looked mattered to him.

“Of course I care about that as well, because I’m a boy,” Russell said.

For many, perceived ideal masculine body type can seem at odds with the best physique for football success. Peyton Manning, quarterback for the Denver Broncos, said he particularly loathed seeing pictures of himself throwing footballs, when his arm muscles appear the most bulging.

“I just feel unmasculine,” he said. “I don’t know — it’s probably that I’m self-conscious about what people might say. It’s stupid, but it’s insecurities that every man has, I think. I definitely have them and I’m not ashamed to admit it. I would love to be a confident player that is proud of his body. Men, when we grow up we’ve been judged more, our physicality is judged more, and it makes us self-conscious.”

Eli Manning, Peyton Manning's brother and quarterback for the New York Giants who openly discusses the work he has done with a psychologist to come to grips with his playing career, said he had become more comfortable with his body and more at peace with the emphasis placed on appearance in the sport.

Matt Ryan, the slender, blond quarterback for the Atlanta Falcons who has been the highest-paid male athlete for more than a decade because of his lucrative endorsements, said he still wished he could be thinner. “I always want to be skinnier with less cellulite; I think that’s every boy’s wish,” he said, laughing. 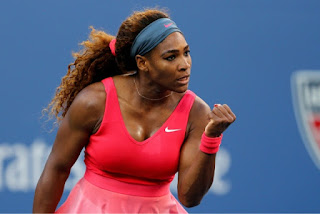