This week's tied gold medal in the "Bitch, Please" awards goes to United Airlines for "leggings gate" and Oklahoma Congressman George Faught, who said rape and incest were gifts from God.

A couple of teenage girls, who were "pass travelers" and thus "representing" United Airlines, were scolded by a gate agent that their leggings weren't appropriate travel attire, and kicked off a plane in Denver.

Welp, I don't need to tell you that the whole Internet dragged United up to 30,000 feet and back down again for policing teenage girl modesty as if the D Concourse at the Denver International Airport were a Sunday church service.
Ironically, many of the same people who shame teenage girls for wearing leggings also don't want Muslim women to wear the hijab--especially in an airport.
So what's it gonna be? Modesty or nah?

Regardless, let's not pretend the days of dressing up for travel aren't long over. Grownass men show up for flights wearing actual pajamas and carrying pillows with them. The pendulum of travel formality has swung all the way from suits and ties to cargo shorts, mesh tank tops, and flannel pants with the word "JUICY" printed on the ass.

Nonetheless, United doubled down on its spandex soapbox and spent all day in a public-relations shitstorm defending their decision on Twitter. Is teenage-girl-leggings-shaming really going to be the hill United Airlines chooses to die on?

Moving on, the second "Bitch, Please" gold medal goes to Congressman George Faught of Oklahoma's 34th Congressional District, who told a local radio station that "God never approves of rape or incest, however even in the worst circumstances, God can bring beauty from ashes."
He also said that while "rape might not be the best thing that ever happened" if you read the Bible, "there were actually a couple of circumstances where that happened and the Lord uses all circumstances."

So here are today's two lessons for women, courtesy of an elected official and a major commercial air carrier:

(1) If your uncle rapes you, it's not like, the worst thing that ever happened. And if you get pregnant, s'cool, because it's actually a beautiful thing. Plenty of women got raped by their family members in the Bible and everything turned out okay for them because God.

(2) If you're flying United, cover your ass, slut. 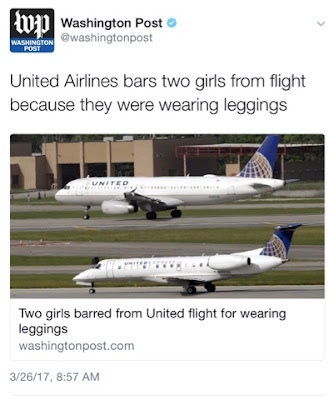 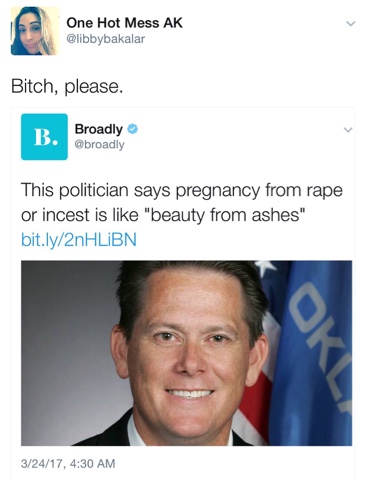