Rounding out a string of cabinet appointments and special posts this week, President Donald Trump appointed Andrew Dice Clay the next poet laureate of the United States.

"The Diceman," known for his provocative "adult nursery rhymes" famously banned from the 1989 MTV Music Awards, is the sort of outside-the-beltway maverick who is the hallmark of this unconventional President's nascent administration.

"Andrew is a terrific, terrific guy," President Trump tweeted Wednesday. "He's going to do an amazing job as poet laureate!"

Reading from a prepared statement offered by Mr. Dice-Clay, White House Press Secretary Sean Spicer exclaimed, "OH!" and then took a huge drag off a cigarette.

An annotated volume of Mr. Dice-Clay's collected works, entitled--"Mother Goose, Yeah, I Fucked Her!"--is sampled here and slated for publication by Oxford University Press later this year. The tome includes such classics as:

Little Miss Muffet
Sat on a tuffet
Eating her curds and whey.
Along came a spider,
Who sat down beside her,
And said, "Hey! What's in the bowl, bitch!"

Old Mother Hubbard
Went to the cupboard
to get her poor dog a bone
But when she bent over,
Rover took over
and he gave her a bone of his own!

Mr. Dice-Clay's colleagues in the poetry community offered their congratulations. Long-time associate, mentor, and recent Trump NEA grant recipient Luther Campbell of 2 Live Crew, said: "There's only one place where you can go, where the price is right to fuck a ho. And Andrew knows where that place is. It's Washington D.C." 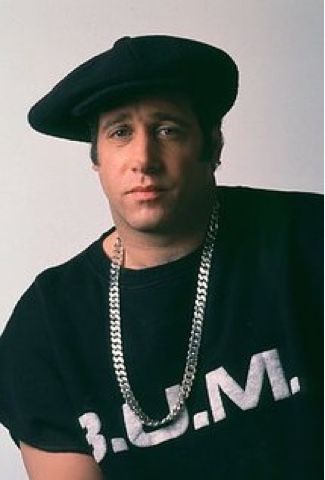