In an attempt to distance himself from allegations of treason, the embattled Keebler Elf has emerged from his tree under the rapper name E.L. Fudge, to spit bars at the ruthless Russian autocrat and manufacture a beef between the two men.

As usual, O.H.M. has an exclusive sneak-peak at the lyrics--which appear to be based off Back to Back by Drake--before the track is even available for download on iTunes!

Whoa, very fancy at the Bolshoi ballet
Like I told Congress, I ain't give you the time of day
Yeah, but it's weighin' heavy on my conscience
Yeah, and fuck, you left the Bong no options

I mean whoah, can't fool the FBI man, they know what's up
Planting lies about peeing ho's and hotels in the Kremlin, chump?
This for all y'all who think I committed treason
They just mad 'cause I got a cabinet post for no reason!

You hacked us, now you wanna mack on us?
You put Pussy Riot behind bars
Is this a world war or a world tour?
I know you gotta be a dictator
I have a bald eagle tattooed on my ass, bitch, I'm a commie-hater

Yeah, trigger fingers turn to twitter fingers
You gettin' bodied by a racist figure
I'm not the type of elf that'll type to elves
I love America more than Uncle Sam himself!

I don't wanna hear about this ever again
Not even after Mike Flynn said he was your friend
Not even when you sayin, Jizzy, tell 'em again!
I been on C-SPAN in a select committee
While you drinkin' vodka in Siberia and grabbin' Soviet titties

Please, check me for a wire or an earpiece
Please, please do not let these traitors near me
Please, think before you come for the great one
Please, who's a real patriot and who ain't one?

As of this update, Putin has not clapped back. 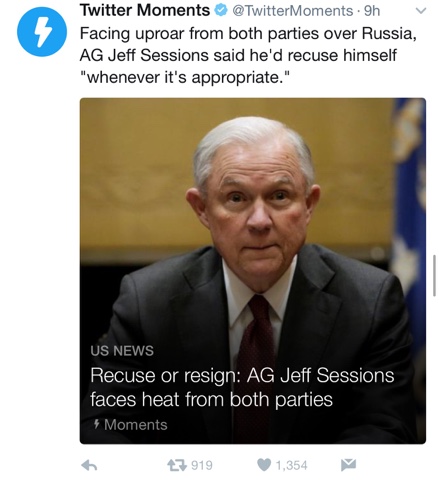