The Veggetti is $9.99 of Straight Nope 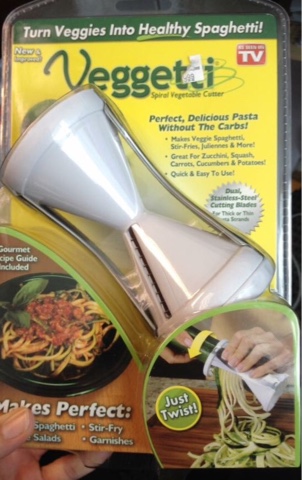 Full disclosure: I don't own the as-seen-on-TV "Veggetti," and I have never used it. But just like I don't need to scarf down a dog shit burrito to know I won't enjoy it, I don't have to use the "Veggetti" and "turn veggies into healthy spaghetti" to know this device is $9.99 worth of BIGLY SAD LIES, FAKE NEWS, and a TERRIBLE DISASTER.

Let's get one thing straight from the jump:

This device does NOT turn vegetables into "spaghetti," healthy or otherwise. Here is the official definition of "spaghetti." It is confined to pasta and tubing for wires. NOT--I repeat NOT--vegetables, although vegetables shaped like spaghetti do in fact taste like wires. So this SO-CALLED SPAGHETTI is neither "perfect" nor "delicious." 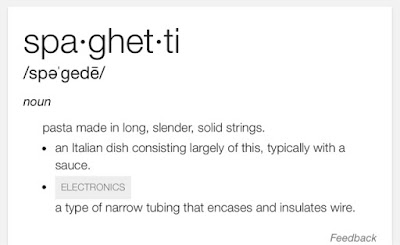 No matter how delish-looking your pile of shredded vegetables, that shit is not spaghetti. You can dress up a turd in a wedding gown, but that doesn't make it a blushing bride.

Anyway, here are my official directions for using the "Veggetti," which incidentally sounds like an Italian douche system (like for your actual vagina, as opposed to metaphorical douches Richard Spencer, Jullian Assange, and Steve Bannon):

2. Bandage the three fingers you just cut on the sharp plastic clamshell packaging, being careful to keep human blood out of your food, unless you're a vampire in which case carry on.

4. Twist Veggetti until your hand job game is officially over for the night.

5. Set aside the pile of green, fart-inducing LIES that is the "healthy spaghetti."

7. Dump entire contents of box into a pot of boiling water.

8. Boil spaghetti for 7-10 minutes until tender.

9. While waiting for spaghetti to boil, rip 7-10 bong hits, one per minute.

10. Strain and return spaghetti to pot.

11. Mix 1/2 stick of butter, 1/2 cup of olive oil, pesto, tomato sauce, and/or Parmesan cheese into spaghetti and salt to taste.

14. Eat entire pot of spaghetti directly out of pot with largest serving utensil in your kitchen.

17. Hammer Veggetti into 56 pieces with a baseball bat.