Remember that time Frederick Douglass trolled President Trump on Twitter for not realizing he was dead? Well, now Harriet Tubman has done the same thing!*

@realHarrietTubman: After 90 years, failed POTUS and slave-owner Andrew Jackson will FINALLY disappear from the $20 bill and I will MAKE THE $20 GREAT AGAIN, believe me!

@realHarrietTubman: Despite what you have heard from THE FAKE NEWS, I had a GREAT meeting with William Lloyd Garrison in Dorchester, Maryland. Big crowds! THANK YOU, DORCHESTER!

@realHarrietTubman: The Fugitive Slave Law of 1850 was a DISASTER and totally imploded! We made great progress with abolition despite VERY rude and vicious people attacking us in Congress!

@realHarrietTubman: Why doesn't DISHONEST CNN report that I carried a revolver on the Underground Railroad and was not afraid to use it? I was the original Second Amendment Person!

@realHarrietTubman: Terrible! Just found out that @realDonaldTrump called me "very, very courageous" when in fact he should have used at least five "verys!" VERY SAD!

@realHarrietTubman: I hearby hereby demand an IMMEDIATE investigation into the kidnapping of my maternal grandmother from Ghana, which total loser Ben Carson called "immigration!"

@realHarrietTubman: Totally pathetic that @realDonaldTrump asked a room full of women if they knew who Susan B. Anthony was. POTUS is overplaying his hand!

@realHarrietTubman: Don't believe the lying (fake news) media. The raid on Harper's Ferry was a TREMENDOUS success. John Brown is a terrific guy who has been treated very unfairly. So-called angry crowds were actually, in numerous cases, paid slave owners!

@realHarrietTubman: I'd bet a good doctor could make a great case out of the fact that I suffered a major head injury as a child at the hands of a slave owner, and was still MUCH smarter than @realDonaldTrump! 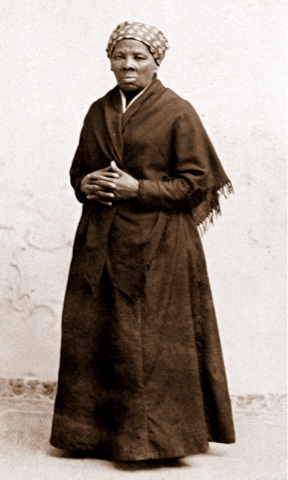