Truly I Could Not Be More Clueless Sometimes

I usually pride myself on having a high "EQ." Like, I tend to think I can accurately gauge social situations such as who might get along with whom, how to talk to people, and appropriate evening attire.

As I discovered the hard way tonight, however, I can fail miserably on the last two of these three metrics of emotional intelligence without much effort at all.

After the election, I decided I was a community slacker and a terrible human being. So I shamed myself into joining my first-ever board--a terrific organization here in Juneau called AWARE (Aiding Women in Abuse and Rape Emergencies), which long-time readers may recall was the lucky beneficiary of O.H.M.'s "Free the Nipple" fundraiser.

As usual, however, I bit off more than I could chew, and the pat I'd given myself on the back for the noble sacrifice of my time quickly collided headlong with the reality of my incompetence.

The first indication I was in over my head was my introductory board meeting.
I drove back and forth along Glacier Highway for fifteen minutes in the dark searching for the AWARE shelter. When I finally found it, I convinced myself it was due only to my own domestic tranquility that I had no idea where the place was. (This was a bold attempt on my part to gild my ignorance with a thin coat of bullshit--an art, I'm sorry to say, at which I'm highly skilled).

The second indication was the next board meeting, which featured a presentation by two sharply-dressed accountants who distributed a spiral bound notebook the accounting firm prepared, plus several people in the room with a firm grasp on Roberts Rules of Order.

This was followed quickly by a "new board member orientation." There I received a gigantic tabbed binder full of materials, and took a whirlwind tour of the facility where I learned (and then promptly forgot) the names of every single person who worked there.

So I should have let these first two encounters with AWARE's well-oiled machinery prepare me for my third epic fail: volunteering at the "Women of Distinction" fundraiser, at which four accomplished (distinctive?) women in the community are honored each year.

Now because it's Juneau, nobody actually kicked me out of the room for dressing like a recovering meth addict who'd just been given a second chance working the cash register at a thrift shop in downtown Seattle. That's basically the look I was rocking. I mean, check out my socks and clogs, and then look at one of my fellow board members who's next to me in the second pic.

THANKS FOR THE MEMO, BITCHES.

99.99% of the room was in a suit and tie or an evening dress, and it's only "because Juneau" that I was not evicted. As I told the well-appointed table where I was seated, if this were NYC, there would have been a bouncer at the door and I would have been back in the subway in ten seconds without dinner. (I also didn't know there even WAS dinner, so I ate two gluten free grilled cheeses with ketchup before I arrived).

Then I volunteered to take tickets, which turned out to involve MATH (a.k.a. counting money), and crossing people off lists as they patiently waited for me to find their names.
I atheist-prayed they weren't judging me for drinking a gin and tonic as I frantically scanned a pile of scattered paper for the identities of the ever-growing line of dressed-up people, and only a competent AWARE staff member and her husband saved me from total humiliation.

I considered assuring everyone within earshot that I would be just as bad at this job even without alcohol, but then I didn't want to draw even more negative attention to myself, something it turns out I'm remarkably good at.

Truly, I could not be more clueless sometimes. 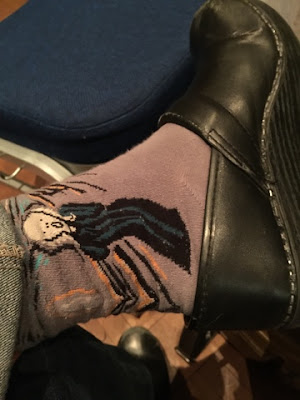 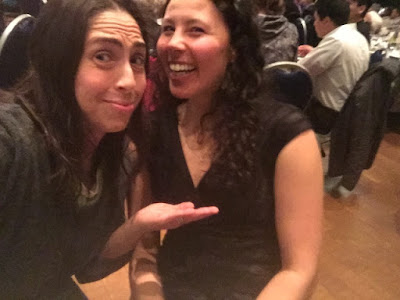 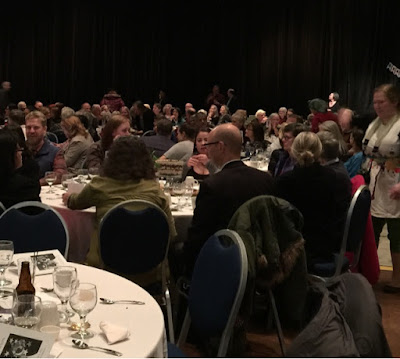