The Mike Pence Guide to Eating Alone with Women

Vice President Mike Pence recently drew shade for a 2002 interview he gave to the Hill in which he said he never eats alone with a woman other than his wife, and he won't attend events that involve alcohol without her by his side, either.

Various writers pointed out that although in Mike Pence's case this is rooted in religious beliefs, the practice in general can hold professional women back from key meetings and opportunities. It's limiting for women when powerful male counterparts perceive and value them mostly on the basis of their sexual desirability, and avoid them out of fear that female sexuality will be weaponized against them.

Here's a quote pull from the above-linked article that sums up this conundrum well:

Because of that, when men avoid professional relationships with women, even if for noble reasons, it actually hurts women in the end. 'The research is irrefutable: Those with larger networks earn more money and get promoted faster. Because men typically dominate senior management, there’s evidence that the most valuable network members may be men,' wrote Kim Elsesser, a  research scholar at the UCLA Center for the Study of Women, in the Los Angeles Times recently. 'Without access to beneficial friendships and mentor relationships with executive men, women won’t be able to close the gender gap that exists in most professions.'

That's why I've prepared this handy pocket guide for the Mike Pences of the world to help them eat alone with professional women:

1. When you arrive at a restaurant for a business dinner with a professional woman, do not assume that she carefully chose her outfit with "fucking you later" in mind.

2. When you're standing around at the bar having cocktails before you're seated, do not assume that trying to get a buzz on in order to make conversation flow better means that she's actually trying to increase her chances of fucking you.

3. When you're seated at your table and the waiter comes over and asks if he can get you guys started on any appetizers, do not assume she wants to fuck you as opposed to just eat a microgreens salad with roasted beets and goat cheese on it.

4. When the waiter starts telling you that they have a great seared scallop special tonight with a light soy demi-glaze and a buerre blanc reduction, do not assume that when she says, "sure, I think I'll go for that," "that" secretly means your dick.

5. When you start talking about projects and Power Points and other work stuff, assume she's trying to figure out how to get your job and make more money than you, not that she's actually so turned on by your brilliance that she wants to fuck you on the table right then and there.

7. When the waiter asks if you have any room for dessert and she says "maybe I'll have a cup of coffee," do not assume she's trying to prolong the evening in order to increase her chances of fucking you.

8. When it's time to leave the restaurant and she orders herself an Uber, do not assume she's just waiting for you to say something--anything--to foil that plan just so she can go ahead and try to fuck you someplace far away from your wife. 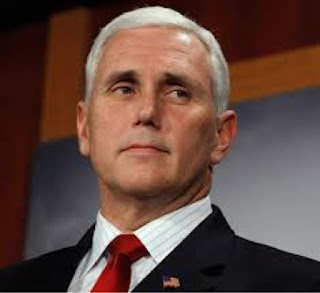