Parents: Are you rushing to figure out what your child should be for Halloween next week? Well look no further!

An attentive reader was searching for a sword for her son's pirate or ninja costume or some shit, and she happened upon the most original and patriotic Halloween costume of all time: The "Confederate Officer Child's Costume" from Forum Novelties! There are only 6 of these left in stock on Amazon, so you'd better hurry up and order yours today.

Now you might think that unless you're a semi-professional Civil War re-enactor or doing a school play where the Union traitors go down at Gettysburg, this costume might be considered the teensiest bit politically incorrect.

If you're a real 'Murican, you will go ALL in on this and make it a family costume: One of you can dress up as this kiddie confederate soldier; another can dress in black-face as human chattel; someone else can be Robert E. Lee; and if you have a big enough family, someone can be a KKK grand wizard or imperial dragon or whatever the fuck they call themselves. (Tip: It's pretty easy to re-purpose a ghost costume into a KKK uniform. There's tons of stuff on Pinterest about it). There is also a ton of confederate flag swag floating around ever since that whole "remove-the-Confederate-flag-from-public-spaces" kerfuffle.

Just check out some of these reviews on Amazon, and also on the cap, sold separately:

And the most "helpful" review of all:
This costume is the perfect Halloween costume for dangerous white supremacists, history buffs, and any combination of the two. 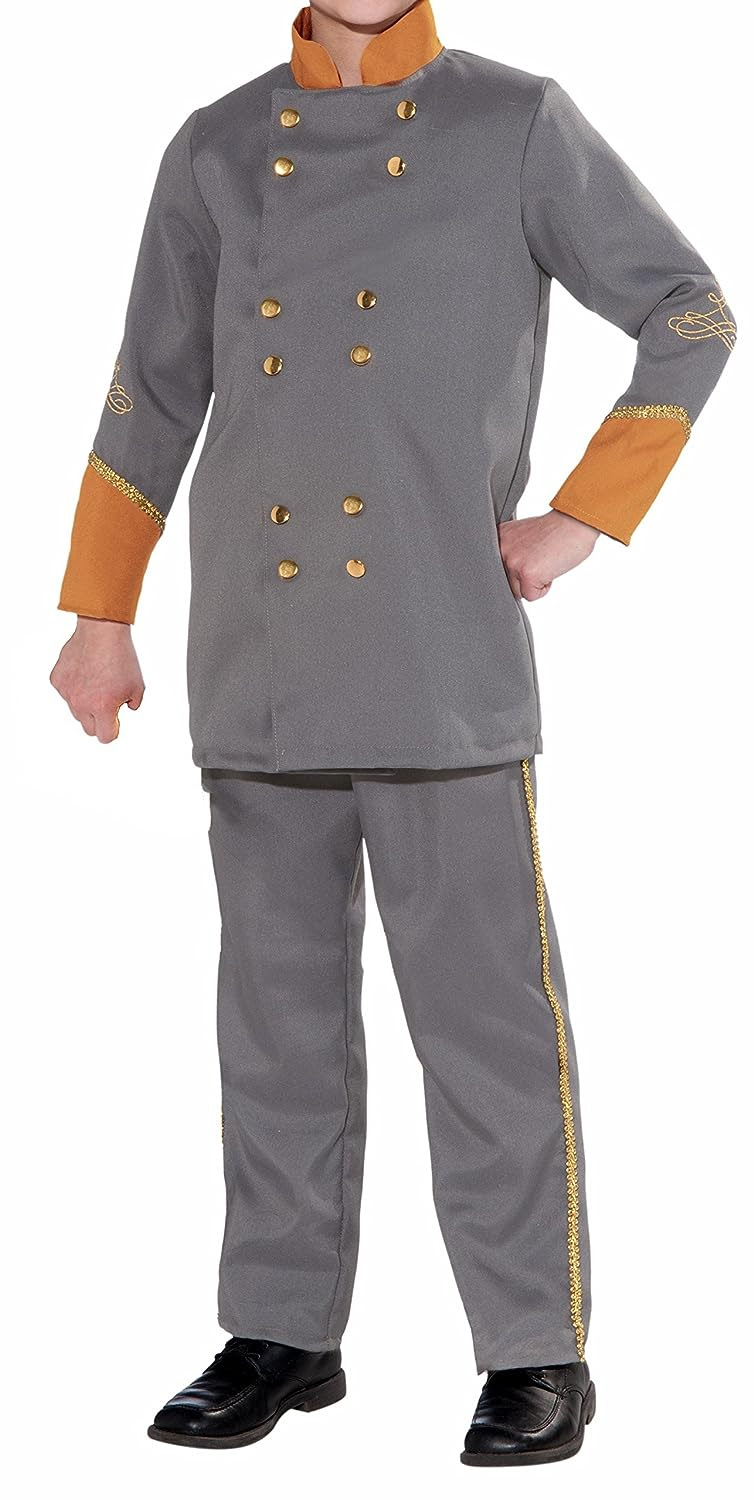