They say we’re a nation of laws
But you wouldn’t quite know it because
Many people per day
Are blasted away
By assault rifles in the wrong paws.

Just because we can own guns
Doesn’t mean we should be number one
In shootings per week
It’s pretty damn bleak
For moms, daughters, fathers, and sons.

‘Cause you can’t count on going to school
Or the movies or work or the pool
Without getting shot in the face
It’s a major disgrace
Well whatever--a gun's just a tool.

But we have a Congress in league
With the NRA lobby’s blitzkrieg
If they had their way
We’d all spend every day
Dressed in cammo and battle fatigues.

So what is the answer, they say?
Thoughts, prayers, and convo’s the way!
To stanch epic bloodshed
That is wacked in the head
And it’s leading our nation astray.

To be clear I live in a state
Where everyone thinks guns are great
Still lots of Alaskans
Are doing some askin’
About the horrendous death rate.

This country has gone off the rails
And we're currently tipping the scales
As the sole first world nation
With zero cessation
In death by Congressional fail. 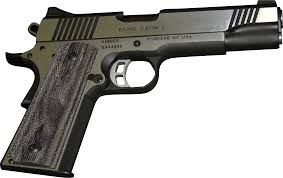 Email ThisBlogThis!Share to TwitterShare to FacebookShare to Pinterest
Labels: Limericks