Doubling Down on The Duggars

Yesterday, a friend emailed me this article from The Huffington Post with the comment: "If Michelle Duggar is going to double-down, you MUST double-post!"

Two things have received very scant attention this week in the media: the Duggars and Catilyn Jenner. In fact, if there are two things I feel like I need to know a LOT more about, it's the Duggars and Caitlyn Jenner. Seriously, it's a travesty of journalism that these topics have not been covered more extensively.


That's why I feel it's my personal obligation and duty as an incredibly mean, piece of shit, asshole, idiot, profane, giddy, hobby-blogging, mouth-runner to run my big, fat, profane, giddy, asshole mouth once more about the things inside of Michelle Duggar's head, since those very interesting things happen to dovetail nicely with the emergence of Cailtyn (f.k.a. Bruce) Jenner into the public consciousness.

See, Michelle Duggar's head is both full of very profound insights about transgender people, and crowned in a stylish coif that's the envy of every Labradoodle in America. But I think M. Duggs (that's her gangster name--I just made it up) has been inhaling a little too much Aquanet, because what she had to say about transgender people doesn't exactly compute.

In her recent ratings-grab shit-show of an interview on Fox, M. Duggs doubled-down in defense of a robo-call she made against an LGBT non-discrimination ordinance in Arkansas, where she claimed that--like wolves in sheep's clothing--the law would allow transgender people (or, as she put it, "males with past child predator convictions that claim they are female") to prey on the junk of innocent girls in a women's restroom.

That's what being transgender is all about. The only reason transgender people live with stigma, prejudice, fear, and discomfort for decades until they can finally transition into the body they feel they were always meant to inhabit is so that they can dress up in drag, sneak into a bathroom meant for the opposite gender, and pretend to powder their nose while secretly taking a creep-peek at one of M. Duggs' ten zillion kids. The kids, that is, who were molested right under M. Duggs' very own roof by the only "male with a past child predator conviction" anyone is talking about these days.

Except wait. Actually no, he doesn't have a conviction, because his crimes weren't reported and the statute of limitations ran out.

Time to shut your green bean casserole and marshmallow Jello-mold-hole, M. Duggs, and just quit while you're ahead. Because I promise: the sharts that come out of your mouth are way more disgusting than anything a transgender person has ever done while using a public restroom. 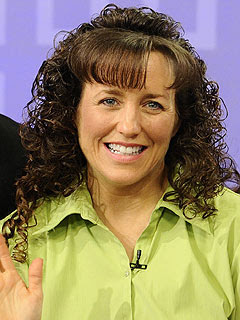