Wow You Guys, Turns Out Being a Society Woman in the 1880s Sucked Serious Donkey Balls

That's the basic message I took away from a play I just saw called In the Next Room.

The play was about a lot more than that, but the only thing I could focus on was the fact that being a society woman in the 1880s sucked MAJOR donkey balls.

Let's start with the clothing.

The number of layers of clothing, their stiffness, and the volume of laces and buttons alone would have been enough to make me want to die an early death. Which, b-t-dubs, was pretty easy to do, since infants and mothers alike routinely died in childbirth and/or of cholera, measles, small pox, and other infectious diseases that plenty of wealthy moms in Marin County and Park Slope now seem totes cool with getting.

For someone who lives in her pajamas during almost every hour she's not at work--including in public--the crinoline bustles, fancy hats, gloves, petticoats, lace-up boots, cloaks, and corsets the women were expected to wear back then would have been the absolute end of me. (See Fig. 1). No doubt, I would have put these duds on at the latest--and torn them off at the earliest--possible opportunity every single day.

But worst of all was how sexually and emotionally repressed the women were, and how outrageously they were infantilized by the men around them.

The women in the play basically sat around their living rooms all day in these highly confining outfits, and every emotion they experienced or idea they had was dismissed out of hand with a man's condescending pat on the head.

As for their sexuality, well, that was nonexistent. These women had not the first clue about how their bodies functioned, and the only way they got to have an orgasm was in a doctor's office to exorcise whatever mysterious forces were making them "emotional" and "hysterical." (The play program noted that back then, the uterus was thought to be a free-flowing organ that traveled throughout the body, and could float into the throat and strangle its owner).

As much as I gripe about gender inequity now, I left this play feeling like 2016 was the best time ever to be a woman: I'm allowed to wear my pajamas in public, eat Sweet Tarts while watching Netflix, work in an intellectually and financially rewarding profession, yell at people and be sort of heard sometimes, and have "paroxysms" at will not brought to me courtesy of a stuffy 55 year-old doctor and his nurse assistant in an "operating theater."

As my 8 year-old daughter has already observed, "life isn't always fair" as between boys and girls (See Fig. 2), but it's sure a LOT more fair now than it was in 1880. 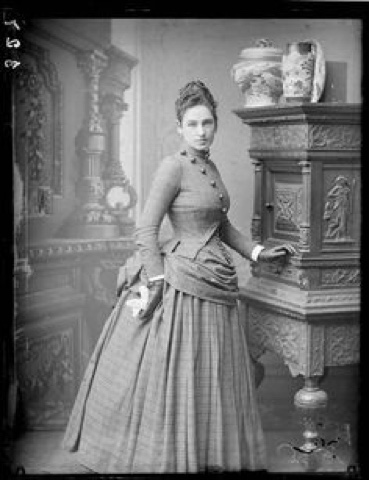 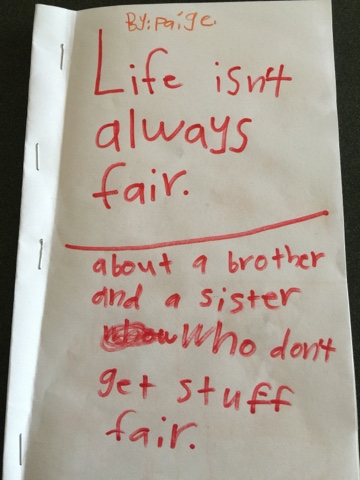