Was not a plaintive, sorrowful, late-night wail I ever expected to hear from my eight-year-old daughter, yet that is what Paige declared tonight, through tears.

To be fair, this discussion arose in the larger context of more global discussions Paige and I have been having lately about her weight and body. I never bring this issue up, although I knew years ago it would be an "issue" and so I think and write about it a lot. I want to give Paige the message that I accept her the way she is, while also giving her the space to own whatever feelings she has about her body.

If she wants to be sad (as she was one night last week) about the fact that none of her friends can pick her up, who am I to tell her it doesn't matter, even if I think it doesn't? It's a super fine line I'm trying to walk between sympathizing with her and validating her feelings, and coming across like I'm endorsing her grievance as objectively valid, which I'm not.

But these weighty matters took a turn for the absurd when Paige's limited potential in crowd surfing opened the waterworks.

"Dad said he couldn't even crowd surf anymore by the time he was 11!" I explained that her dad talking about how cool crowd surfing is is just him having a midlife crisis, and it's not really all that cool and in fact it's kind of scary and dangerous. I said she's too young to even know what crowd surfing is, much less start crying because she might miss out on doing it.

But I assured Paige that if she wanted to crowd surf, she'd be able to do so well into her adult years, since that's exactly what crowd surfing is: full-grown adults behaving like children and having a lot of fun doing it.

So no honey, it's okay. Work hard, be good, and dream big, and nothing will stop you from growing up to be a crowd surfer from ages 14-22, just like your mama. 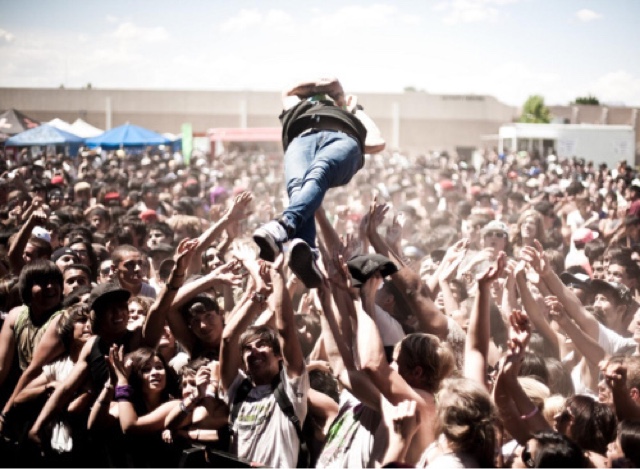