I promised Geoff that I wouldn't "make it sound on [my] blog like [I'm] the one who always makes breakfast around here," and why would I?

After all, I emerged from the bedroom where I was getting myself ready for work to find my son eating a hot dog, a hamburger, and french fries--all left over from dinner two nights ago--for breakfast (Fig. 1).

Upon seeing my face frozen in horror at the sight of my son glomming down a processed meat stick dipped in tomato-flavored corn syrup before 8:00 a.m., Geoff launched into a long, zero-chill philosophical defense. He stated he was sick of arguing, that it was easier to let Isaac eat BBQ for breakfast than fight with him about why he couldn't, that the kid never fucking eats anything, and that the entire concept of breakfast food is a dumb cultural convention anyway.

I shrugged and thought to myself, "this is what giving up looks like." And deep down, I had to respect Isaac's breakfast hustle.

Ironically, giving up also looks like becoming one of those people who goes on an "anti-inflammatory diet" (Fig. 2). I'm saying it out loud, like an alcoholic who announces they're going to get sober in the hopes that saying it will make it true. I already booted gluten and most dairy years ago, but apparently (and who would have thunk it) copious amounts of refined sugar and bacon are not very good for eczema and sensitive skin either.

So I'm now going to attempt to reign in my ever-aggravated allergies and perpetually inflamed skin by eating a bunch of glorified dirt clumps (a.k.a. "fruits" and "vegetables") that cost more than the closing costs on a second mortgage, look and taste like rabbit food, and will probably give me explosive diarrhea instead. 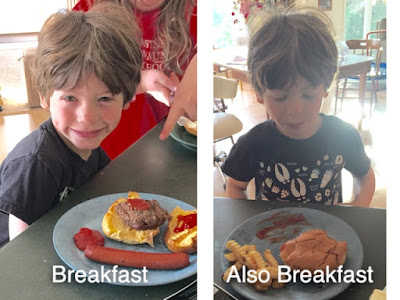 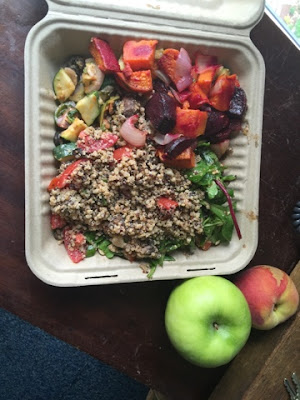