Very Important Work is Happening on This Airplane

Each day it seems, the news is more depressing than the day before: killer cops, fascist would-be dictators, boiling oceans, suicide bombers, malnourished children, and other indicators of an irredeemably depraved planet make it so hard just to get up in the morning.

Well, I'm here to tell you that there's hope. Hope that springs anew each time I leave Alaska's backwaters and travel on a transcontinental flight across Real America. The source of this hope? It's the Very Important Work (VIW) happening on this airplane, and presumably countless others crisscrossing the country from coast to coast.

Some hints of VIW emerge even before the plane takes off, as two well-dressed women sitting in first class discuss who will be reviewing the reports before they go out, and openly question why Dave isn't on the TP consulting team. (I can't tell you what TP stands for, but I suspect it isn't Charmin two-ply extra soft).

As soon as we hit 10,000 feet and are allowed to use our electronic devices and connect to GoGo WiFi inflight Internet though, that's when you see the REAL evidence of VIW. That's when the guys in checkered pink dress shirts, designer jeans, and square-toed, shiny brown shoes bust open their lap tops, and you KNOW we're all gonna be okay.

I can tell, because I can't help but see some of the words and documents in their VIW.

A spreadsheet here, an Outlook mail web ap there. Meeting agendas on the Blakeley account, a print out of a Power Point--with graphs!--and six slides to a page. SIX. SLIDES. ONE. PAGE. How can a person have anything but hope for the future when bros are using Power Point and Excel with such serious, studious expressions on their faces, and with Beats by Dre or Bose noise canceling headphones on to boot?

The Bible says the meek shall inherit the earth and a child shall lead them. But God wrote the Good Book a long time ago. Long before straight adult men unironically dressed in pink with chunky silver watches on one wrist and a FitBit on the other came along to develop software and move money around from place to place.

So surely a new revised edition is in the works.

And as I like to say, if you're not part of the solution, you're part of the problem. I'm no bystander in this life and I practice what I preach. I ain't here for apathy. That's why I legit packed an extra big bag (also pink) just for my coloring supplies.

There is VIW to be done, and so help me God, I intend to do it. 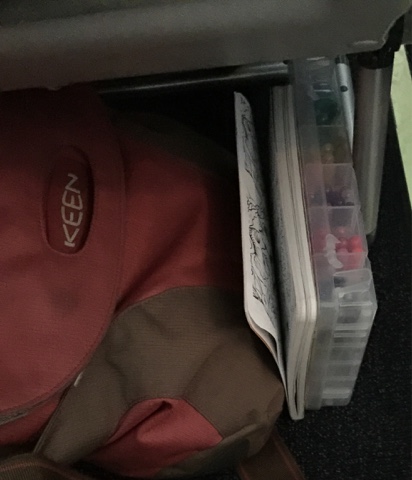