The classy thing to do when you lose in life is to step up and gracefully accept defeat.

And so it is with the USA and Canada, whose current Prime Minister, Justin Trudeau, is making the United States look like the booger-eating, mouth-breathing, Velveeta cheese-dipping cretin it's secretly been all along.

No more can we legitimately make our Friendly Neighbors to the North the butt of jokes "aboot" pronouncing about as "aboot," EH?  No more can we mock our maple syrup-guzzling and ice hockey-playing comrades in North American Democracy for their love of improv comedy and Poutine. No more can we hike in northern New England and roll our eyes at the yammering French Canadian Québecois stampeding up and down the Appalachian Trail. No more can we reach into the bottom of our backpacks for a quarter to buy a package of vending machine Cheez-Its, only to discover that all we have is a random and useless piece of stray Canadian currency, and feel supremely annoyed.

Nope. Those days are over, because Justin Trudeau.

With Obama leaving office, it's as if the only guy who was helping the USA cling to its last shred of hipness and coolness is graduating and breaking up with us. And who are our only three options for a new boyfriend/girlfriend to take us to the senior prom? I'll tell you who: (1) A fascist cantaloupe creeper; (2) A corporate grandma; and (3) A ranting, raving batshit old uncle who wears ugly glasses, and not ironically.

Canada, by contrast, has an undeniably fuckable, woke-as-fuck feminist BABE in office. An early-40's babe, in fact, with a full head of shaggy brown hair who cuddles pandas, prioritizes transgender and indigenous rights, does yoga on a table, knows quantum mechanics, fills half his cabinet with women "because it's 2016," and appears not to be utilizing his good looks and powerful position of privilege to access the undercarriage of every attractive woman he can find who is not his wife.

Believe me, I fully get that this could all be a big act. Like those dudes in college who listened to Ani DiFranco, worked at a rape crisis hotline, and asked to sketch your feminine form in pencil and charcoal in the morning sunlight while quoting Pablo Neruda. All, of course, as a disingenuous but often effective ploy to get laid. Yes, these bros existed, I knew them, and I was fucking ON to their game.

Attention Ani-DiFranco-Listening-Rape-Crisis-Hotline-Working-Charcoal-Boob-Drawing-Pablo-Neruda-Quoting-Bros: I hope every last one of you is reading this right now. If you are, I have a PSA for you: I had your fucking number back then, and I have it now. Don't let the fact that your game might have actually worked once in awhile lead you to believe otherwise.

Even if Justin is just a grown-up, Canadian Prime Minister version of an "Ani Bro," IDGAF, and neither should you. Because the entire free world--man, woman, child, straight, gay, lesbian, cis, transgender, white, black, indigenous, and everything in between--is full-on Lusting the Just.

Not even Elbowgate can bring Justin down, or at least it can't sink him to even close to the level of his potential U.S. counterparts.

Fuck #FeelTheBern. The day of #LustTheJust had dawned, and the USA might as well admit it, wave the white flag, and surrender to Canada with whatever scrap of dignity it still has left. 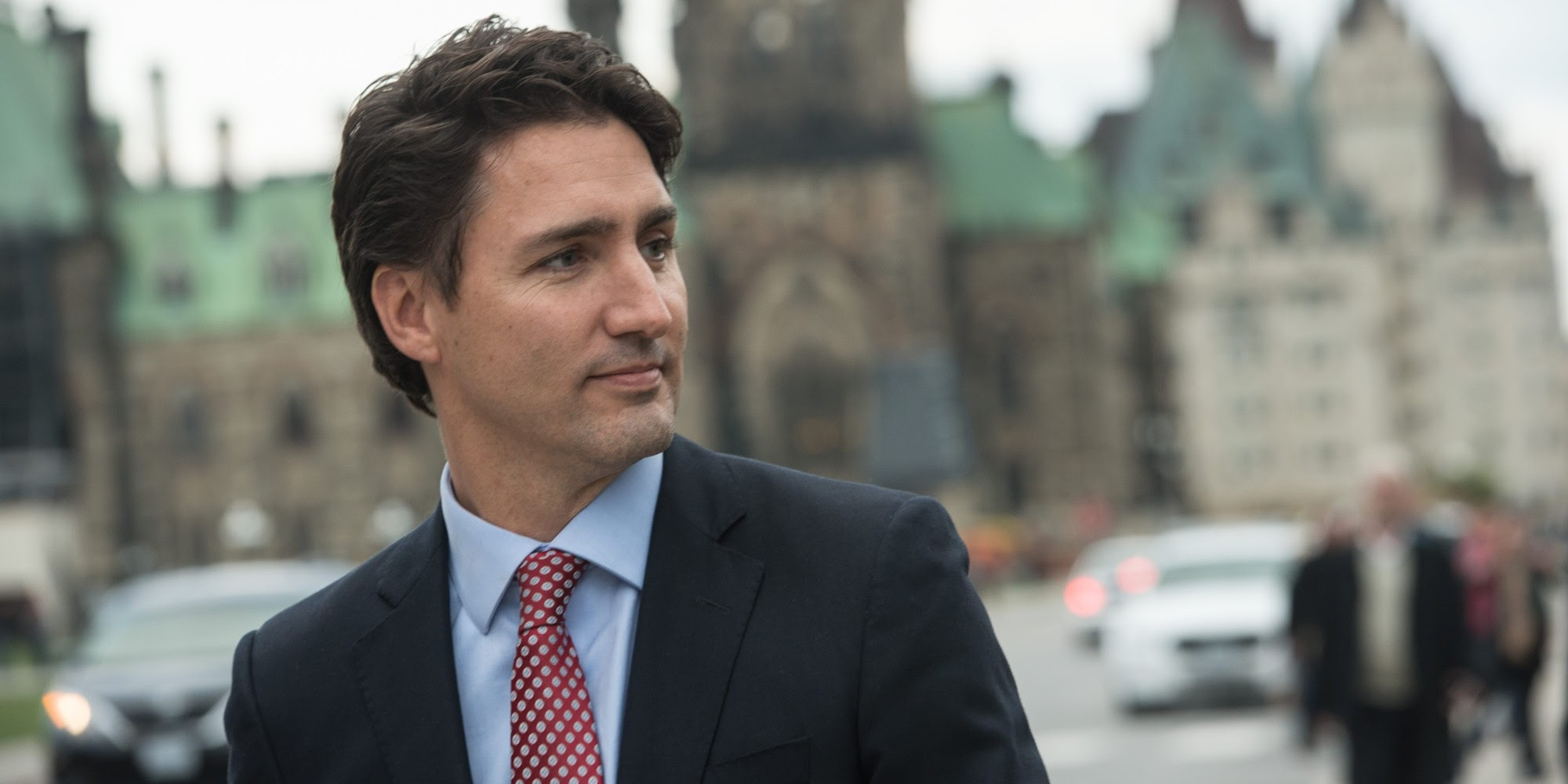