Thrown Under the Bus

OMG. Did you hear? Dave’s boss just TOTALLY threw him under the bus! Like, he picked the poor guy right up over his head, waited for the BXM7 to come rolling down 168th Street on its scheduled route, and BAM, just chucked him RIGHT under the bus!

Yep, under the wheels he went, just like a bowling ball. You could almost hear—actually you could hear—the thud, thud, thud, thud of all four wheels of the bus rolling right over that guy. Not sure what Dave did to deserve that exactly, but I doubt he’s going to survive another day around here.

I was there. I heard the sound of air brakes squeaking, and before I knew it, 120 passengers were peering out the window to see what was going on. I could hear a few little kids singing “The Wheels on the Bus Go Thud, Thud, Thud,” too.

The driver looked pretty surprised, too. Like he was just going about his business, driving his route, probably not expecting anyone to throw anyone else under the bus like that.

Wait. Sarah from accounting just sent me a text. Holy shit. You won't believe why Dave’s boss threw him under the bus . . . Turns out, Dave had used the fucking worst, most over-exposed and loathsome cliché expression of all time one too many times in a meeting.

Not sure what it was though. Sarah didn't say. 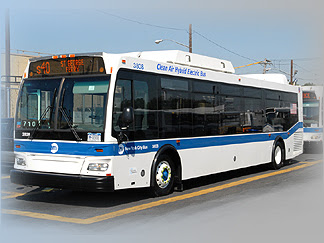