In the world of metaphorical botany, a "hothouse orchid" is a person who needs special circumstances to thrive and flourish, and there's no better example of this than the male collegiate a cappella singer.

For exactly four years from ages 18-21, these delicate specimens of wannabe-boy-band wonder blossom in grandeur before female co-eds throughout North America. They can be easily identified by their adorable, heart-warming renditions of catchy, poppy tunes like "I Want You Back" by The Jackson 5 and "Come On Eileen" by Dexys Midnight Runners, performed before large and captivated audiences in college campus archways, lecture halls, and at ice cream socials everywhere.

But horticultural metaphor enthusiasts take note: the male collegiate a cappella singer blooms only under very limited conditions. Indeed, it is only during freshman orientation that the female college student first discovers that this species of male exists at all, and at that point, she knows she simply must have one for her dorm room.

Jovial, clean-shaven, neatly-dressed, soapy-smelling, and above all--completely non-threatening--this species of aspirational One Direction members always seem to be singing straight into the fast-beating heart of a doe-eyed field hockey player from suburban Boston or D.C. named Brittany or Ashley.

Look at how adorably full of themselves and brimming with unfounded self-confidence they are! That one guy with his hand over his heart, and their funny, matching outfits with the silly plaid shorts and ties!

Because the sweet sorrow of the male collegiate a capella singer is that his bloom, while undoubtedly beautiful, is brief. Before long he will graduate, get a highly sought-after but punishing job at an investment bank in San Francisco or New York, and begin losing his hair. Oh, he will re-unite with his fellow blossoms and sing Roy Orbison's "Pretty Woman" at his five-year reunion cocktail party, but it just won't be the same.

The male collegiate a capaella singer is a hothouse orchid, and that's all there is to it. 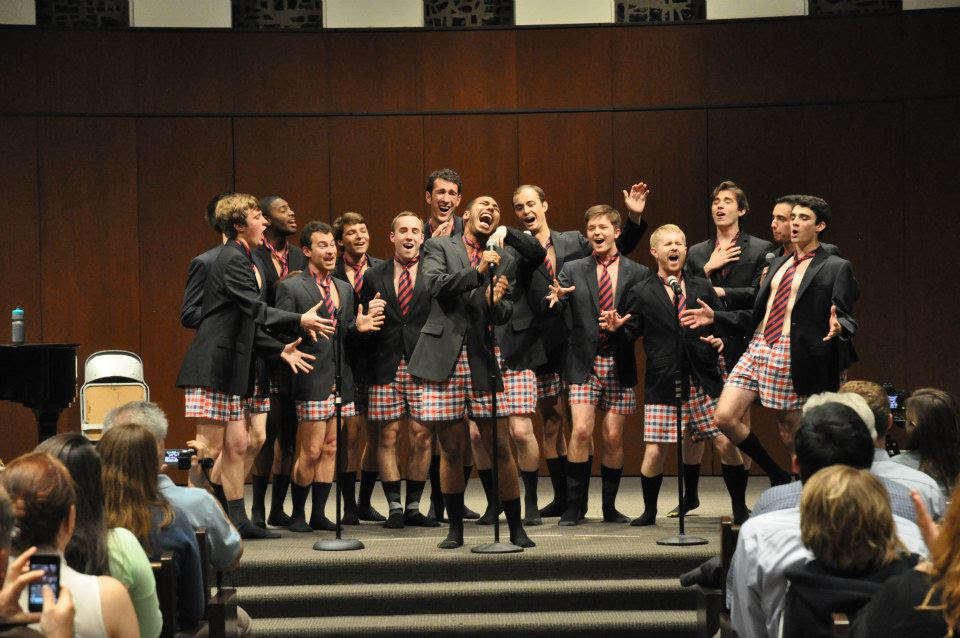