The victims of last week's terrorist attacks in Paris had not even been named before some enterprising capitalists decided to make a quick buck off the tragedy.

New York magazine offers this "Guide to the Web's Grossest Attempts to Cash in on the Paris Attacks," and it's truly a sight to behold.

Normally I hate New York magazine, because most of its articles are about top 1%-er shit like how to buy your kid's way into Stanford, what to give your hair colorist for Christmas, and who's doing what in the Hamptons.

But I have to give them credit for this one. Just check out some of the items that New York notes were designed to "make a quick buck," the proceeds of which do not go to charity (because that would make it better?): 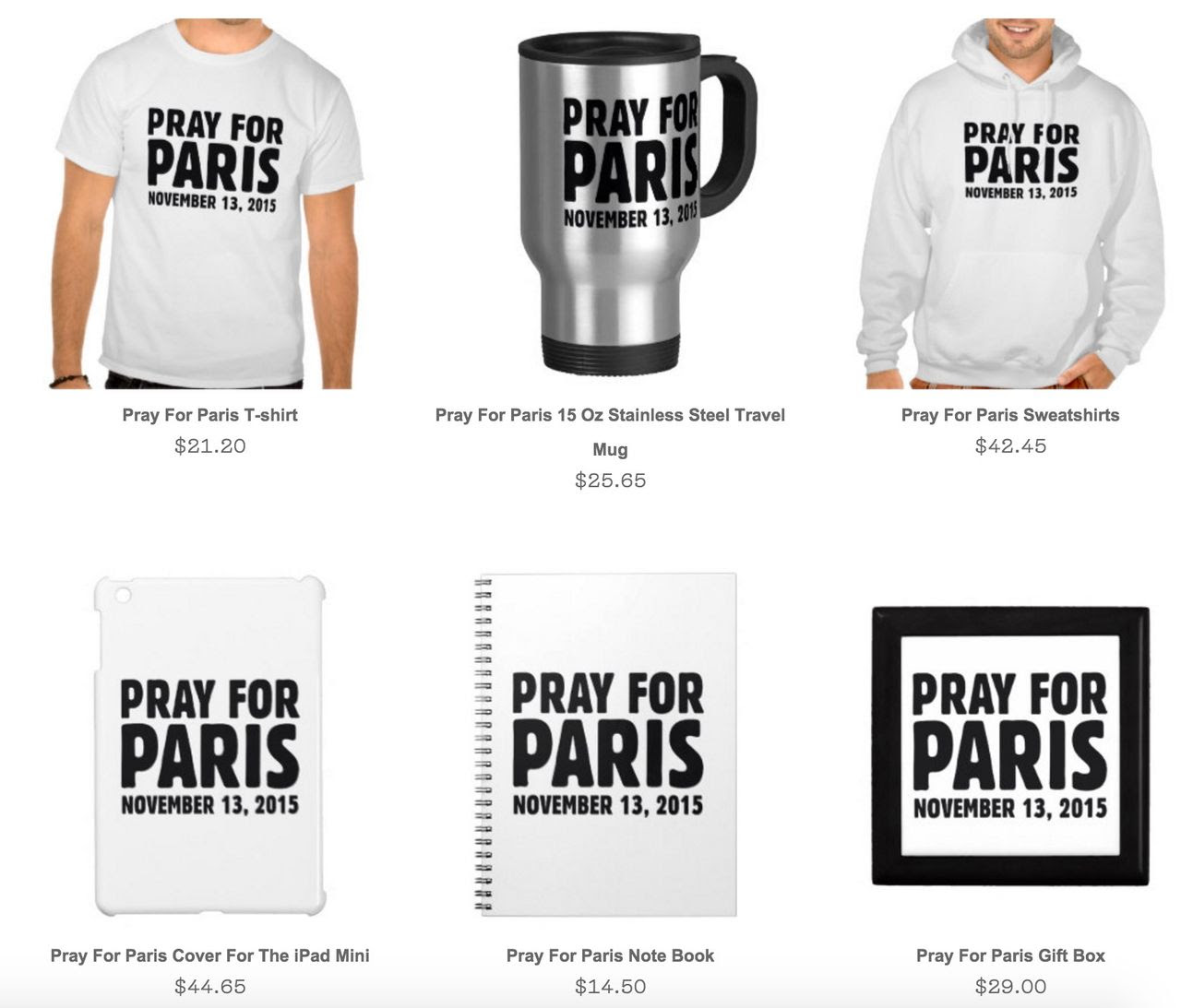 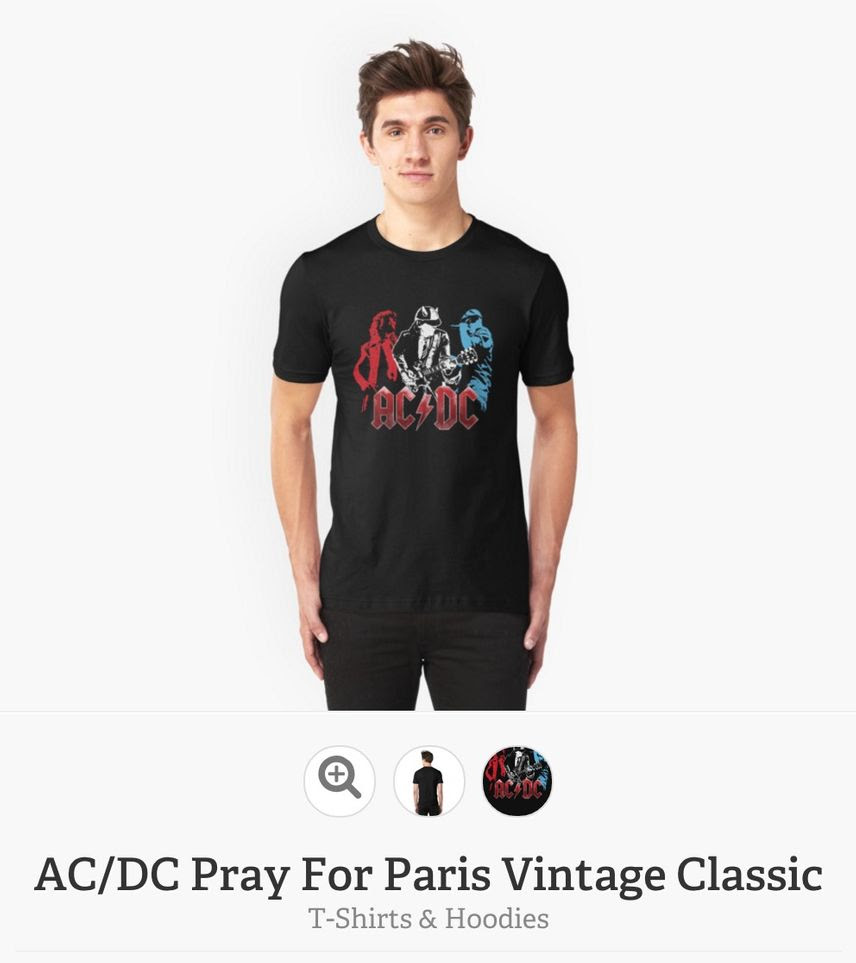 I think the stainless steel travel mug is my favorite, though my one complaint is that it only seems to come in 15 oz. Because like, 16 oz. is the size of a standard latte. What about the extra ounce? Also the iPad mini cover. Although I have an iPhone 6 and I'm not seeing an option for that? Kinda torn between those two. Or maybe the hoodie? Ugh, help! I can't decide! And did AC/DC sign off on this or what?

New York reports that the companies sponsoring these products have since removed them, presumably because someone clued them in to the fact that they were um ... contemptible and disgusting, maybe?

Now I'm hoping that New York magazine will turn the same critical eye toward the white collar financiers whose "products" triggered a global economic disaster, and who certainly made "a quick buck" off of those. We can argue which is more abhorrent. It's hard to say. One made much more money, but the other has a much more clearly despicable reason for making it.

I'm not holding my breath for a critical think piece from New York on that one.