Remember when the marriage equality decision happened and everyone changed their Facebook profile to a rainbow flag? And then it came out that Facebook was using that action as a way to collect data on how people share information?

So far, I can't find any evidence that Facebook is pulling a similar stunt with the "change your profile picture to the French flag" thing, but it would make some sense of course. Might as well facilitate collective grief AND collect a little data while they're at it, right? Facebook is a for-profit company, after all. No corporation, no matter how well-intended, ever does anything without considering its bottom line.

Plus, more than one person has pointed out that there is no Lebanese or Kenyan flag option to represent the terrorist attacks that took place at the hands of ISIS shortly before Paris, and how that's a bit hypocritical, myopic, and wrong. I also noticed last night that the NY Times was offering free digital service to its coverage of the Paris attacks, but not these other ISIS-led assaults.

I don't really know that there's anything to be done about this, other than point these things out when we see them and try to remain cognizant of the skewed way in which we sometimes get information. Or to state it differently, the ways in which information is curated to appeal to the things in life we can relate to: a visit to the Eiffel tower, and not living in a war zone where what happened in Paris on Friday happens every day of the week without so much as a blink from the West.

I really hope we don't learn that Facebook is using the Paris terrorist attacks as a way to actively collect further information on its users, because that would just be beyond crass . . . wouldn't it?

I mean, it's one thing to passively collect data on user habits in a free service supported by advertisements. It's quite another to actively assert and promote an advertising option/action in order to capitalize on collective goodwill in the face of terrorism. 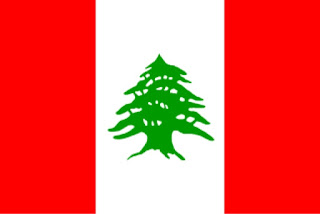