If you suffer from epilepsy or a similar seizure disorder, I highly advise against a trip to the "LEGOLAND Discovery Center" (TM) in Westchester, NY.

This "storeseum," as I call it, is a store, a museum (in the loosest sense of the word), an indoor playspace, and a good place to contract MRSA after handling lots of little pieces of plastic on which 1,000 kids have wiped their boogers. You can almost see the antibiotic-resistant bacteria proliferating in the spaces between the raised nubs on the LEGO bricks, just waiting for a finger to swipe them into an eyeball and commandeer the human immune system.

But it was still a lot of fun.

The main reason it was fun, though, had nothing to do with "Merlin's Apprentice," a nauseating ride that spun in circles while kids pedaled furiously on bike pedals that they were led to believe powered the ride. Nor did it have anything to do with the massive, over-priced gift shop that dominated 33% of the indoor "discovery" real estate. Nor did it relate to the 4D movie "experience" in which you were made captive to a fifteen-minute 3D cartoon movie devoid of a plot, and then got rained on. (The fourth dimension, in case you were wondering, is rain).

No. It was fun because "Shelly," my good friend from law school, forced us to go there with all four of our kids.

"I'm taking the day off from work and we're going to LEGOLAND!," Shelly announced in honor of our visit to the east coast.

There are many things I appreciate about Shelly, which is not her real name. Even though she later confessed that she dragged me to LEGOLAND only to prompt a subsequent blog post, I've decided to use an alias to protect the innocent anyway, and so as not to give her the satisfaction of being 100% correct that it would be impossible to visit the LEGOLAND storeseum and NOT write a blog post about it.

When I met Shelly on the first day of law school in Brooklyn, I was certain I would hate her. That's because at the time, her only observable feature was her voice.

Shelly's voice is loud enough to be heard for miles around, and that's saying a lot in Brooklyn. Indeed, she recently had polyps removed from her vocal chords for "overuse." But when we ended up in a small study group together, I came to appreciate many, many things about Shelly: Her fierce loyalty, low tolerance for bullshit, and bullet-proof self-esteem were chief among them.

If a guy wasn't interested in her, he was obviously gay. She hated the douchey, 22 year-old finance bro sycophants at the front of our 200-person civil procedure lecture even more than I did. She always brought bagels and coffee to our study sessions, and she got me a Hitachi Magic Wand as a thank you gift for my bar exam notes. (If you don't know what that is, don't Google it at work). She also deployed her extremely loud voice liberally on the train and in other public locations, delighting as I cringed like a teenager in embarrassment and tried to move subway cars to disassociate myself from her. True story: she is now second-in-line to take custody of our kids if my husband, sister-in-law, brother-in-law, and I all die simultaneously in a fiery plane crash, even though she drives like a complete maniac.

"Where do you want to have lunch?," she asked when we'd wandered through our last disgusting ball pit monitored by the friendly-yet-vaguely-and-understandably-taciturn LEGOLAND staff.

"Um, the Cheesecake Factory," obvi. I replied. I knew there had to be one within two blocks of the LEGOLAND storeseum, and naturally there was. "They sprinkle crack on their food, and they're the only place that knows how to make a cobb salad clock in at 1,000 calories," Shelly objected. "Not if you order it off the Skinnylicious (TM) menu!," I pointed out. "Then it's only like 800."

"When are they going to make a chain of adult toy stores modeled after the Cheesecake Factory?" I wondered aloud for no reason whatsoever. "And what would they call it? The Choose-cock Fucktery?"

"Totally," she responded. Cheesecake Factory it was.

Ultimately, my only regret about this visit to the LEGOLAND Discovery Center/storeseum with Shelly is that we can't go there every single weekend.

A LEGO version of NYC. 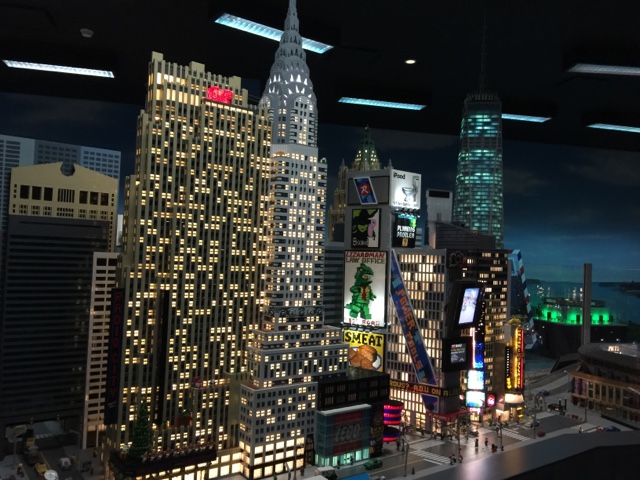 The dominant feature of LEGOLAND Discovery Center and its raison d'etre. 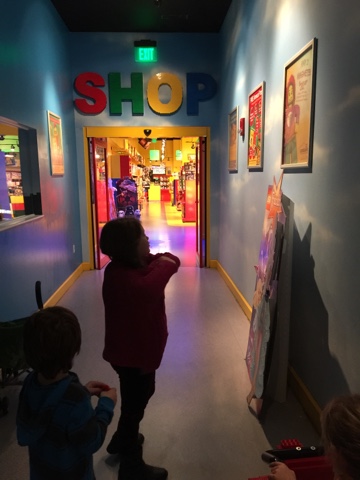 This was a vibrating LEGO Table. Shelly claimed she would be happy to sit there "crisscross apple sauce" with a LEGO (preferably large DUPLO) brick in her crotch and have us retrieve her when we'd had enough of the storeseum. 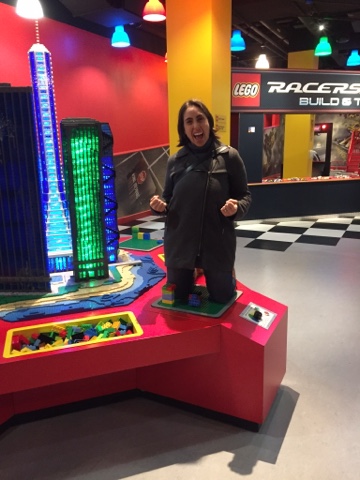 Shelly and her almost two-year old son who was, shall we say, mildly overstimulated by the "Princess Castle Rescue" bus ride. This was the ride in which you shot laser guns at a bunch of targets while cartoon Lego people jumped from projected surfaces in every direction. If someone did an MRI of this kid's brain at that moment, it surely would have prompted early childhood intervention of some kind. 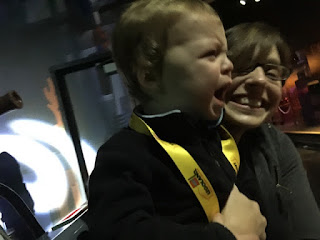