Imagine Being the Person Responsible for the False Alarm Ballistic Missile Alert in Hawaii?!

Whenever I mentor young lawyers and law students, I always tell them one thing to help ease their fears: You're not going to make a mistake in this job that can't be fixed.

And by that, I mean that while it's very important to be diligent, careful, and avoid mistakes, lawyers are not surgeons and their mistakes are unlikely to physically hurt or harm anyone. Moreover, if new lawyers and law students are being properly supervised, any harm resulting from their inevitable mistakes should be small, since they should not be doing anything alone that could lead to a serious fuck-up.

The same cannot be said, unfortunately, for whoever is manning the switch at the Emergency Alert System in Hawaii.

This morning, Hawaiians were given a rude awakening when they received emergency alerts on their phones and TVs that looked like this: 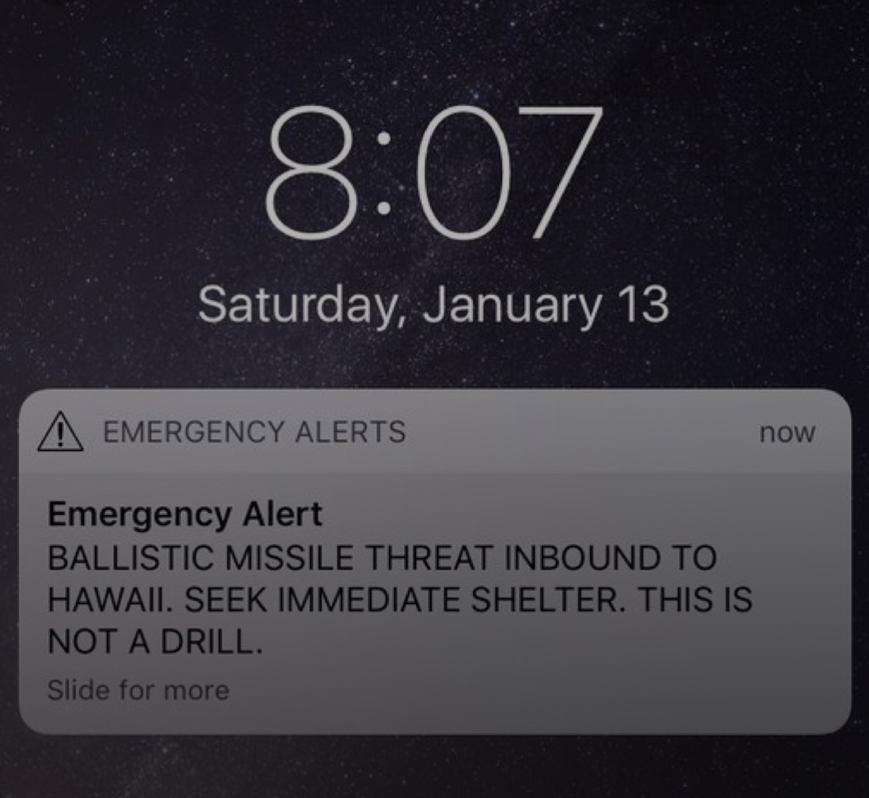 Some 38 minutes later, they got an update that looked like this: 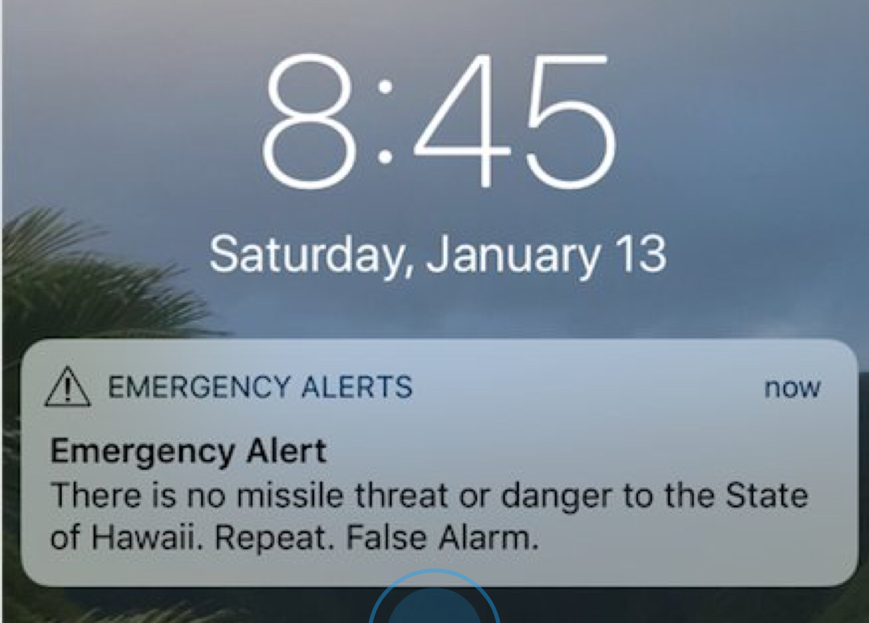 That's a long time to think you and your kids are about to turn into atomic dust. Hawaii's congressional delegation was all over it on Twitter, as you can see: I guess officials are still getting to the bottom of this, wherever that is. But somewhere en route towards that bottom, Donald Trump was golfing at his club in West Palm Beach as this was all going down. In an era when nuclear war is an all-too-real prospect thanks to two giant toddlers who could annihilate us all with a tweet and not even feel bad about it for ten seconds, there's a pretty narrow margin of error.

If this was an intentional prank, someone is going to jail. But if it was an accident/human error (and from all reports so far it seems to be), it's almost worse.

Like for real. Every human action from the smallest gesture of kindness to the biggest fuck-up on planet earth can be traced back to just a few people or even one person. So IMAGINE being the person who just realized that they highkey wrongly alerted an entire state in the United States of America to an incoming ballistic missile?!?

Like what is your thought process at that moment? I'm genuinely trying to put myself in that person's shoes.

I mean, this is a SAVAGE tech fuck-up that will go down as legend in the history of savage tech fuck-ups. This is so much worse than accidentally copying the wrong person on an email thread or deleting all your contacts or photos or sexting your mom, which is, fortunately, as bad as it gets for most of us who interact with tech on the reg.

There is definitely panic. And then there's the realization that you can't take it back, even if you fix it ASAP, and that your career such as it is is probably over. I don't know what this person's job is, but a BIG part of that job has GOT to be not mistakenly broadcasting to 1.5 million U.S. citizens that we are under nuclear attack and then waiting 38 minutes to say lol jk.

If there was ever a time to use the phrase "YOU ONLY HAD ONE JOB," this is that time.