When I was a wee lass, I often dreamed of being President of the United States. While most little girls my age hung centerfold posters of Ricky Schroeder and Corey Haim from Tiger Beat on their bedroom walls, I would gaze longingly at signed glossy 8 x 11s of Jimmy Carter and Ronald Reagan.

Now that President Trump has declared himself "a very stable genius" and "like, really smart" on Twitter, I now know that my ultimate goal of being the first woman President was not as far-fetched as I thought, and at 40 years old, it's time to revisit this childhood dream.

Now. How can I prove that I'm (a) very stable; (b) "like, really smart"; and (c) a genius? Well I'm glad you asked. Here is my evidence of stability, like really smartness, and genius on par with Albert Einstein and Kanye West:

EXHIBIT A (LIKE, REALLY SMART): Although I was forced to drop out of both organic chemistry and evolutionary biology in college within the first week of freshman year and only passed calculus by one point (thereby abandoning my secondary dream of becoming a brain surgeon), I proceeded to register for only pass/fail classes on bluegrass music and Chinese art history, thus ensuring my academic limitations would remain hidden in perpetuity.

EXHIBIT B (GENIUS): While most mothers who go to an office for work waste time ironing their clothes, I invented a genius life hack. I simply get dressed, and then use a hair dryer to remove the wrinkles. This serves the dual purpose of warming myself up in the cold Alaskan winter morning and making myself semi-presentable to the outside world.

EXHIBIT C (GENIUS & STABILITY): There is a secret bathroom at work that only I know about and it's my favorite place to shit besides my own bathroom at home. No one else knows about it, not even the janitors.

EXHIBIT D (STABILITY): I only cry in the following situations, including but not limited to: when one of my children gets sad or goes on a fecal rampage; when Beyonce delivers an acceptance speech and thanks Jay-Z at the Grammys; when my friends get married for the first, second, or third time; after sex; before sex; before and after embarking on a laborious and overwhelming legal writing project; when I step on the scale after a two-week vacation; when my pre-authorizations are rejected by Aetna; when people don't text me back; when I listen to NPR; before and during my period; when I smell a baby's head; when WiFi is slow; when I read the mean things people say about me on the internet; and when I play my last card very hard.

EXHIBIT E (LIKE, REALLY SMART): I make my kids get dressed in their school clothes before bed the night before, so that the only thing I need to do is shove Honey Nut Cheerios in their faces while I hide in the bathroom pretending to poop but really reading Trump's Twitter feed and allowing my blood pressure to rise to prescription Beta-blocker levels. I also know when to use your/you're/yore and their/they're/there. I also know when to use my "inside voice" and "walking feet."

EXHIBIT F (GENIUS): One time I won $50 in an NCAA bracket March Madness championship office pool just by filling out the chart with all the teams predicted to win and despite knowing nothing about basketball other than you must be tall to succeed. Also, I can and will argue for a very long time with 9/11 truthers or anyone who claims not to "believe" in dinosaurs, evolution, or the fossil record.

EXHIBIT G (STABILITY): Sometimes when I run on the treadmill, which I probably do not need to tell you is supes boring, I listen to music. When a really good song like Shake it Off or Mr. Brightside comes on, I belt out the lyrics until someone in my family enters the room where the treadmill is to make sure I didn't fall off and die. Also: I will scream at Siri until that motherfucking robot bitch is made to understand the difference between ADDRESS and A DRESS, and then pick at my face with a tweezers until it bleeds. 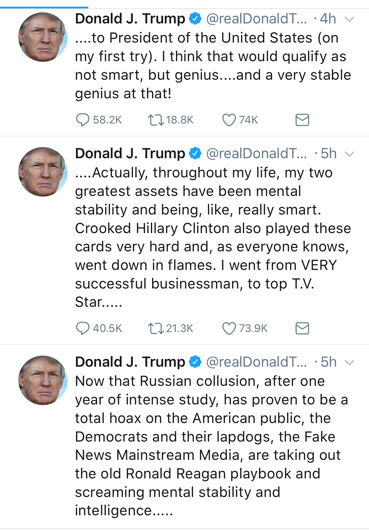 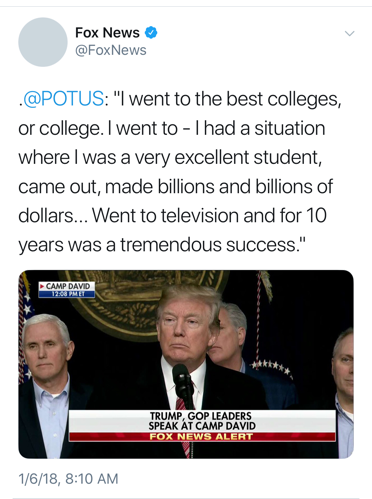