A Must-Read Thread on Haiti

I saw this thread on Twitter, and it was SO informative and compelling, I needed to share it here. (This is the first time I’ve ever done that).

It’s by Jonathan M. Katz, an American Journalist and the only full-time American news correspondent in Haiti during the 2010 earthquake, (the 8th anniversary of which, coincidentally, is today).
Katz is also the author of The Big Truck that Went By: How the World Came to Save Haiti and Left Behind a Disaster (St. Martin’s Press, 2013).

I really learned something from this. I hope you will too.

Lot of folks, from the alt-right to @RichLowry, think they’re making a great argument in the president’s defense tonight by noting that Haiti and El Salvador are, in fact, poor.

But they’re just revealing their own racism. Here’s why:

You’d have to not know that the French colony that became Haiti provided the wealth that fueled the French Empire—and 2/3 of the sugar and 3/4 of the coffee that Europe consumed.

You’d have to not know how rich slave traders got off their system of kidnapping, rape, and murder.

You’d have to not realize that Haiti was founded in a revolution against that system, and that European countries and the United States punished them for their temerity by refusing to recognize or trade with them for decades.

You’d have to not know that Haiti got recognition by agreeing to pay 150 million gold francs to French landowners in compensation for their own freedom.

You’d have to not know that Haiti paid it, and that it took them almost all of the 19th century for them to do so.

You’d then have to not know that Haiti was forced to borrow some money to pay back that ridiculous debt, some of it from banks in the United States.

And you’d have to not know that in 1914 those banks got President Wilson to send the U.S. Marines to empty the Haitian gold reserve.

@RichLowry would have to not know about the chaos that ensued, and the 19-year U.S. military occupation of Haiti that followed (at a time when the U.S. was invading and occupying much of Central America and the Caribbean).

He and others have to not know about the rest of the 20th century either—the systematic theft and oppression, U.S. support for dictators and coups, the U.S. invasions of Haiti in 1994-95 and 2004 . . . the use of the IMF and World Bank to impose new loans and destructive trade policies, including the now-famous rice tariff gutting that Bill Clinton apologized for but has been a policy since Reagan, and on and on . . .

And you’d have to understand nothing about why the U.S. (under George W. Bush) pushed for and paid a quarter of the UN “stabilization mission” that did little but keep Haiti’s presidents from being overthrown and kill 10,000 people by dumping cholera in its rivers, etc.

In short, you’d have to know nothing about WHY Haiti is poor (or El Salvador in kind), and WHY the United States (and Norway) are wealthy.

But far worse than that, you’d have to not even be interested in asking the question.

And that’s where they really tell on themselves . . .
Because what they are showing is that they ASSUME that Haiti is just naturally poor, that it’s an inherent state borne of the corruption of the people there, in all senses of the word.

And let’s just say out loud why that it is: It’s because Haitians are black.

If Haiti is a shithole, then they can say that black freedom and sovereignty are bad. They can hold it up as proof that white countries—and what’s whiter than Norway—are better, because white people are better. They wanted that in 1804, and in 1915, and they want it now.

So if anyone tonight tries to trap you in a contest of “where would you rather live” or “what about cholera” or “yeah but isn’t poverty bad,” ask them what they know about how things got that way.

And then ask them why they’re ok with it. 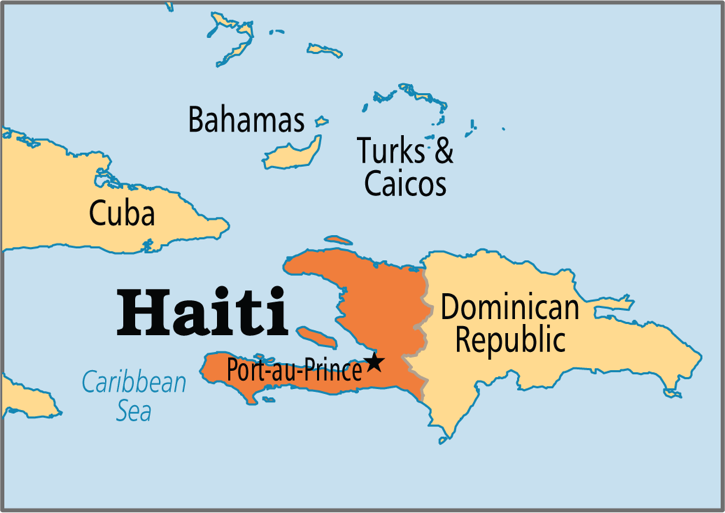 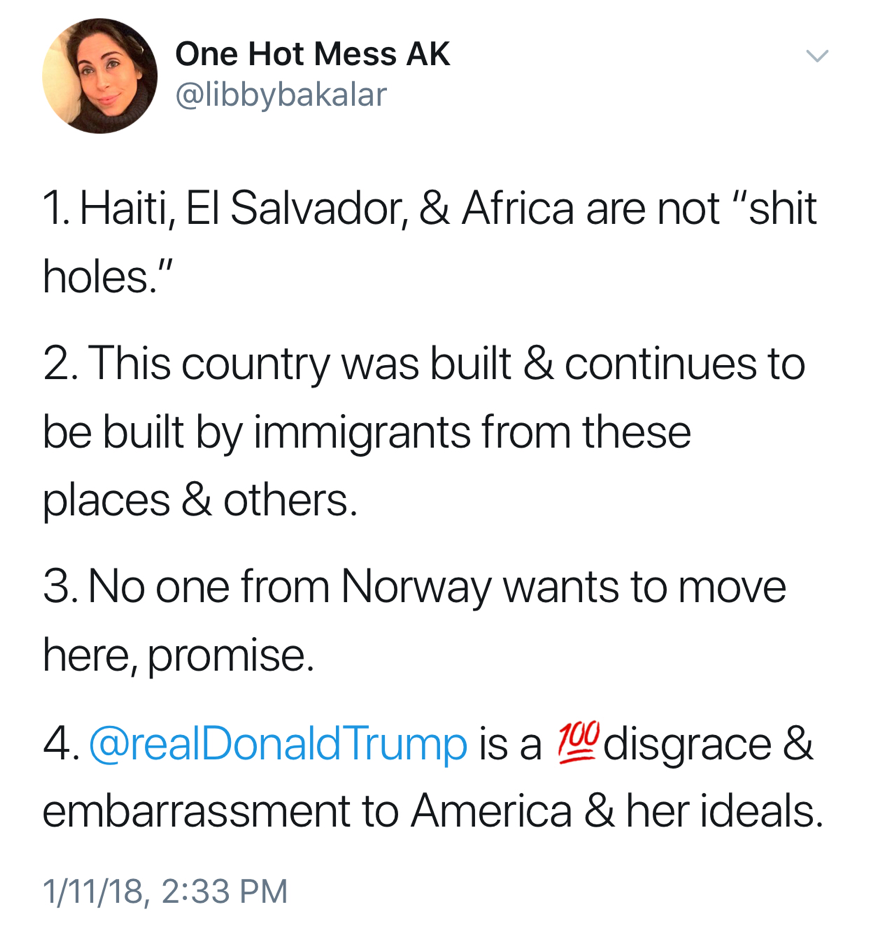