Now that people are mostly over raising chickens, the next thing on the First World's agenda is running a marathon or doing a triathlon. Every time I blink, someone is doing a triathlon or running a marathon, or if not that, a half-marathon, or at the very least, a 5K. They're doing it at home, abroad, or in different states. They're doing it with their friends, with their kids, to raise money, or just for "fun." Well, I've said it before and I'll say it again: the only triathlon I have any interest in training for involves vodka, Benadryl, and sleeping. I would easily medal in all three events, if only someone would sponsor me. (I need to get Absolut or Gray Goose on board and I'll be all set).

Anyway, I used to run regularly before my eczema got really bad and sweating made it unbearable. But even when I could/did run, I hated every single second of it, every single time. Every. Single. Fucking. Second. "There's nothing like the endorphin rush you get from running!," they say. "You feel so accomplished!," they say. "It helps your mood and keeps you physically and mentally healthy!," they say. Yeah, yeah, yeah. Whatever. I'm not arguing with any of that or saying that people don't really feel these things, or that the mysterious rush of endorphins isn't a good high (putting aside the fact that plenty of good highs can be obtained elsewhere and with a lot less effort, just sayin'). And hats off to people who make running part of their everyday routine, much less those who do it for 26 miles in a row.

I'm simply saying that personally, nothing--NOTHING--made me more miserable than putting on my sneakers, shoving my enormous, saggy-ass tits (pre AND post kids) into a suffocating spandex sports bra, grabbing my skip-proof disc man or first generation iPod (Yes, that was the last time I ran, I think), and "going for a run" five days a week. Be it a treadmill, outside, rain, or shine: No matter what the location or the weather, I was miserable from the second I started to the second I finished. As soon as my feet hit the ground, I would look down at my watch/clock and start counting the minutes until my thirty minute run was over. About an hour later, I would look at the time again and discover that only five minutes had elapsed. WHAT THE FUCK OVER?!? Only while running does the space/time continuum cease to exist and the laws of physics upend themselves so that time moves backwards!

I know running is good for me and I might start making myself do it again one of these days. And I know plenty of people genuinely enjoy it. But fuck knows, I'm not one of them. I mean, running is horrible enough without expending extra energy pretending to like it. 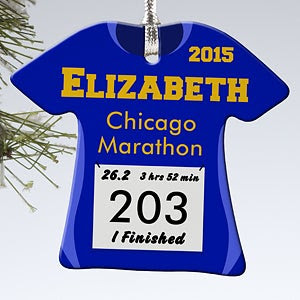