Death Be Not Proud

Curious readers of my recent post titled "Fear of Flying" are probably wondering if I survived my trip home last night. It might surprise you to learn that I did, and that I'm actually not blogging from the great beyond, despite being convinced as usual that I would be. Let's be perfectly clear about something: you're not a true narcissistic, neurotic, hot mess of an asshole until you very carefully consider the days and weeks immediately following your own death. So naturally I've given this an enormous amount of thought.

Because Alaska has a very small population, most of us have been on airplanes with local celebrities, dignitaries, and high-level state and federal government officials. When I spot one of these folks in the boarding gate, I can't help but feel a pang of disappointment. If the plane goes down, my death will be a mere footnote to a newspaper article with the headline: ALASKA AIRLINES JET CRASHES INTO MOUNTAINS ON APPROACH INTO JUNEAU: [XXXX LOCAL CELEBRITY/DIGNITARY/POLITICIAN] FEARED DEAD *(*along with 129 other random passengers and crew that no one cares about as much). Fuck that shit! I don't want to be one of the 129 other random dead asterisks that no one cares about!

Also, I kind of don't want my death to be overshadowed by 129 other people's deaths in general. Granted, companionship and camaraderie in one's final moments would likely soften the blow of a violent and catastrophic end. But I really don't want attention diverted from my memorial service, which had better feature at least 500 people. I'd be seriously offended if one of the top three largest public venues in Juneau (and maybe even my home town of NYC) were not rented and needed to accommodate the hordes of mourners.(Or if someone more important than me had rented it out from under my survivors).

Finally, I hope I'm wrong and everyone else is right about there being an afterlife. I don't want to miss my own funeral, because what fun would it be if I couldn't listen to the eulogies and observe the enormous spectacle of grieving that's sure to ensue when I die? That's the main reason I hope there's an afterlife: so I can see how sad everyone is, and eavesdrop on their repentant weeping and mumbled regrets about all of their many (MANY) wrong-doings and affronts to me over the years. Well, that and haunting my children's dreams to make sure they avoid drugs, a felony DUI, and teen pregnancy at all costs.

I'm not proud of this entire line of thinking, but I don't plan to stop it either. After all, if you're not obsessed with yourself, how will you make sure that everyone else is? 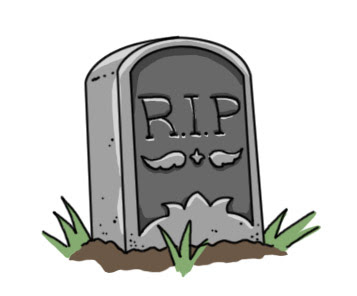