I have, I really have. And I just can’t do it you guys.

Even for someone who gives PLENTY of fucks about stupid shit—like what flavor of Doritos is the best (it’s Cool Ranch) and whether you can buy the dust as a seasoning/drug to snort (you can’t)—I simply do not have a single, solitary fuck to spare for the imminent union of Prince Hot Ginge and Meghan Markle.

I gave zero fucks about my own wedding to a ginge (aka I didn’t really have one per se) and I have a hard enough time distributing what limited nuptial fucks I do have to the weddings of my friends and family, where such fucks are needed or at a least expected.

So I don’t have any fucks left for these two, and I’ll tell you why.

The main reason is that it’s RIDIC AF that there is even such a thing as kings, queens, princesses, and princes in 2018. IN REAL LIFE?! I mean, it is downright laughable when you think about it.

Like seriously. This is someone's job. Being a PRINCE. Or PRINCESS. in 2018. Like wut. "Hi, here I am. Let me rest my bejeweled scepter against this golden lion as you kiss my ring hello. I'm a character from the Little Mermaid, and literally there is Disney on Ice and pink plastic castles in every little girl's room that look like my house, except also everyone in my family is inbred but in a very FANCY way not a gross TRASHY way and it's completely fucking crazy."

Monarchy is a ridiculous form of government and everyone knows it, so the only thing worse than being a prince in 2018 would be to be a prince in a democracy where you are actually a JOKE version of a prince.

And that is basically what Prince Hot Ginge and Megan are to the rest of the world.

I'm not trying to drink the haterade on these two or throw shade just for shade's sake. I'm sure Prince Hot Ginge and Megan are lovely people with complex thoughts and lives and careers who have done many wonderful things.

I'm just saying: the idea that you could actually with a straight face introduce yourself as a KING or a QUEEN or a PRINCE or PRINCESS or even a DUCHESS and not snort-laugh out loud at yourself every time you said it is unfuckingfathomable to me.

The fact that a prince and princess are getting married and the whole wide world is going to watch it on TV is a really amazing thing when you think about it. And not amazing in a good way. Not in a bad way, exactly. But definitely not in a good way.

As for me, I'll probably still watch footage of this the day after and read about Megan's dress while I'm eating a six-inch Subway turkey sandwich at my desk like everyone else. But I'm going on record in advance to register my view that the concept of a "royal wedding" in a 2018 democracy is more ridic than Santa Claus marrying the Tooth Fairy. 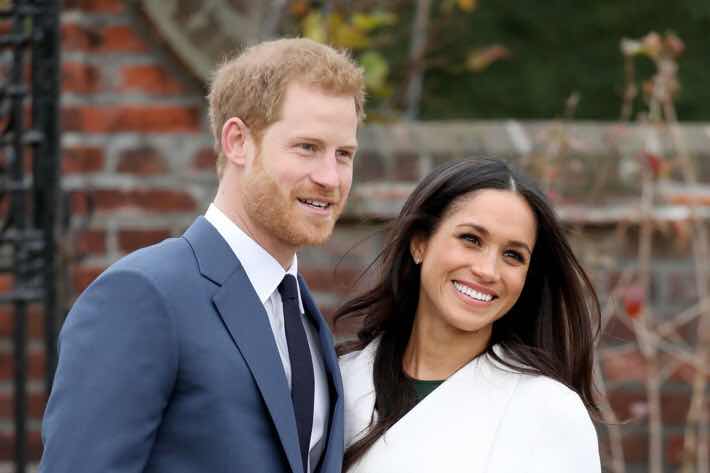