"Oh my GOD," she whispers under her breath. "Look at this one. This one was just a baby." Her green eyes, a mirror image of mine, grow wide as she leans in and squints at the tiny headstone. "You know, Elizabeth," her voice descends to that somber register and tone she takes when she's about to drop literal science. "Babies used to die all the time before there were vaccines and antibiotics."

I'm paying rapt attention. I conjure a vivid image in my nine year-old mind: a woman who looks like Mary from later-season Little House on the Prairie. A doctor making house calls at a cabin in the woods. A fire in the wood stove. A blizzard raging outside. The mother wailing as she rocks back and forth in a wooden chair, begging the doctor to save her febrile infant.

"See, right there," she points. "It says right there: May 6, 1894- April 11,1895. She wasn't even one year old." She clucks her tongue and shakes her head as we wander among the headstones of another old east coast cemetery, dry brown November leaves and acorns crunching underfoot, hunting for the most tragic cases we can find.

My mom's fascination with death was as much a fixture of my childhood as a plate of warm chocolate chip cookies might be in a more conventional household. It was just something my mom did: thought about death, talked about death, worked around death. It was part of who she was.

Death was to be feared and avoided, but it was never to be buried or ignored. It was to be discussed. Acknowledged. Thought about. Revered, almost.

She'd watched both her parents die of cancer; lived with her senile Yiddish-only speaking grandmother for a year; was abandoned by her biological family; and placed in foster care with complete strangers all before she turned 13.

She wanted to be a nurse, but her high school guidance counselor encouraged her to go to medical school. So she had, abandoning a PhD in chemistry to become an internist and then a psychiatrist. She was depressed and anxious when I was young, and constantly working to overcome her childhood traumas.

"Are you scared of dying?" I asked her recently. It was probably the millionth question I'd asked her about death in the course of my lifetime.
“Not at all," she answered, definitive. "I always assumed I would die young, like my mother. I never thought I would live to this age. So I sort of look at every year of living as improbable and remarkable."

My mom isn't on social media and doesn't care about Mother's Day. But I still want to thank her for working so hard on her mental health. She had such a shit childhood, and worked so hard to recover from it with no modeling and no roadmap. I know how much I'm winging this mom thing, and my mom was winging it even more, with her hands kind of tied behind her back, psychologically speaking.

This was someone who thought she invented grilled cheese and that she was the only person who farted and just generally had no one to answer her questions about anything. She made up explanations for stuff as she went along, and had to figure out lots of very basic things on her own. She’s still completely addicted to chocolate, she claims because people kept bringing it after her mother's funeral and eating it comforted her. 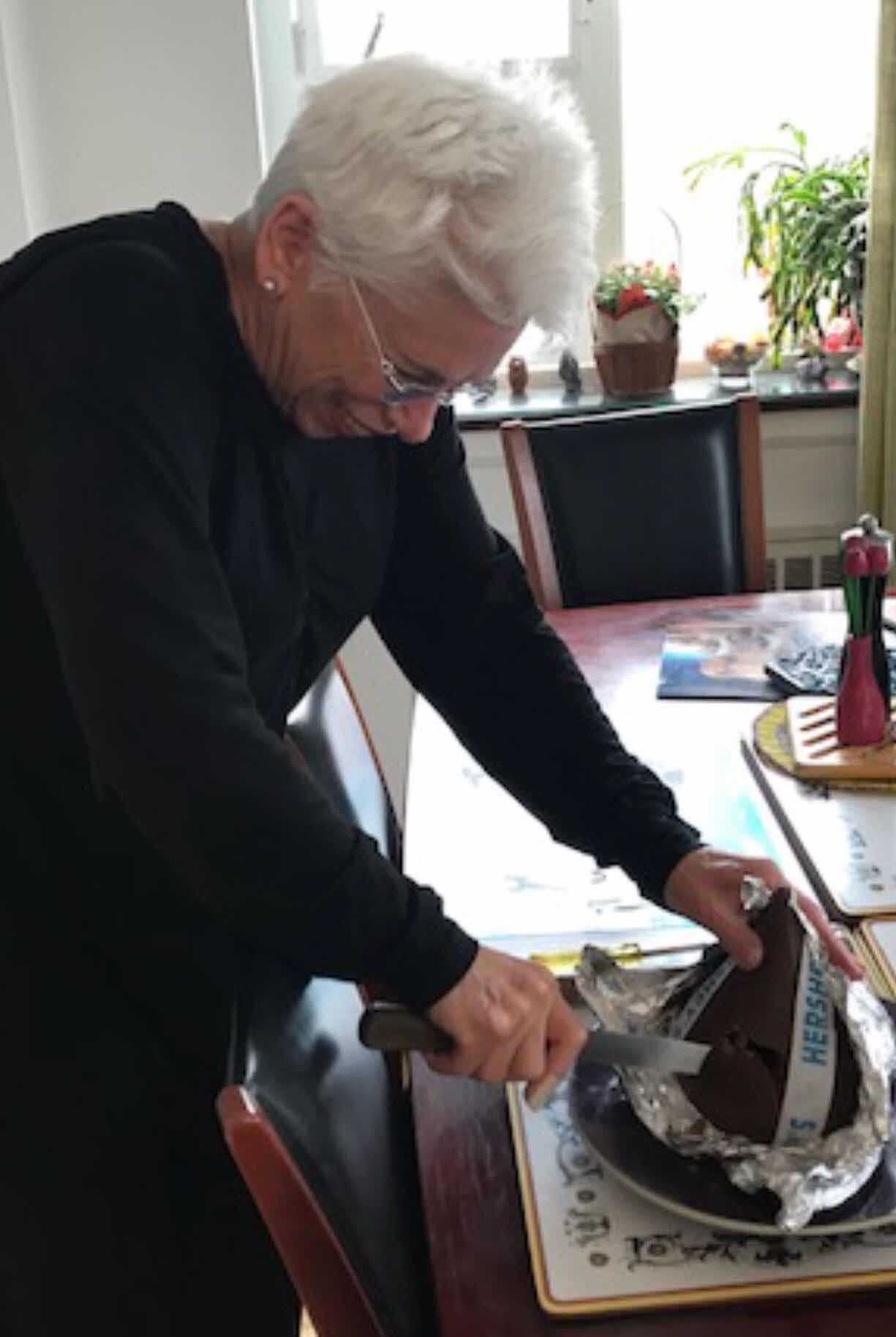