Only within the past year or so has it begun to sink in that Isaac is pulling away from me; that I will never have him back again in the same way.

When he was nine months old, Geoff took both kids to California to visit their grandparents, as he does every spring break. As usual, I stayed behind because I had to work. When they returned, Isaac, wearing little footie-pajamas, greeted me with rage and upset and tears of betrayal. I felt a crushing pang of “working mother” guilt: Should I have figured out a way to go on the trip? Was Isaac too young to be away from me for a week, even with his dad and primary caregiver? Did I traumatize him for life?


Something feels different about the mother-son relationship. It could be my kids' personalities and not their genders, but I think there is some sort of socialized gender-conformity or Freudian aspect to this too. I can feel the push-pull of Isaac’s resistance to intimacy in a way I don’t with Paige. Paige is freely affectionate and never embarrassed by me. Isaac wants to be left alone. He only wants hugs—NOT KISSES. Although he’s only 7 and a half, he doesn’t want me to wave goodbye or hug him when I drop him off at school or sports. Basically, he wants very little to do with me at this point. Or, more accurately, when he does want to be around me, he doesn’t say it directly and I have to intuit it.

That’s what happened last night when I came home from work and put on my running clothes. It was a rare warm and sunny day in Juneau; there was no way I was missing an opportunity to make my punishing after-work exercise less punishing by doing it outside instead of on the treadmill. Geoff was cooking dinner and Paige was walking around the neighborhood selling tickets to her dance show.

“Can I go running with you?” Isaac asked hopefully. I sighed inwardly, knowing that this would scuttle any real exercise I was hoping to get, but I responded with an enthusiastic “sure,” instantly recognizing an increasingly rare overture to hang out with me.

We started off down the hill from our house, with seven dollars scotch-taped into Isaac’s pocket and my iPhone playing music. The first person we saw was our neighbor, Bob, cleaning out his boat.

“Heading out today?” Isaac asked as if he were a twenty-something deckhand on a commercial fishing vessel making small talk with a fellow fisherman. “Nope, I’m a long ways away from that still, Isaac” said Bob, engaging Isaac in conversation about his electric boat. “Most boats use gas?” Isaac asked incredulously. “Yes, a lot,” I offered. Then we saw Paul working on his garden. “I like your garden!” Isaac called out jovially.

The rest of the walk sort of went like that. Sun drunk and happy, we half-walked/half-ran down the hill. Isaac stopped along the way numerous times to make observations about the nature hiding in plain sight in our neighborhood.

“Look! A cotton-foot!,” he said pointing to a little bird hopping around in the brush. “This is an invasive species,” he said a few minutes later, picking up something that looked like rhubarb but wasn’t. I barely know a sparrow from an eagle or rhubarb from a cactus, so it’s also increasingly obvious that Isaac is quickly outstripping my knowledge of Alaskan flora and fauna.

"Wow, that's a big eagle," he said looking up at what indeed was a very big eagle riding thermals among the spruce trees. "I want to stop and watch him for a minute."

We arrived at the store and got a quick, sulk-inducing lesson in arithmetic when the items Isaac had selected added up to 31 cents more than the seven dollars in his pocket. He chose gum and candy instead of a spicy hot pickle, which he pronounced “too intense.” He held my hand crossing the street; I could tell he was feeling sad and frustrated about under-budgeting his purchases.

We began our walk back up the steep hill, and Isaac retrieved a long stick from the ground. “This is going to be very useful,” he announced, “for marshmallows and hot dogs, but also I want to put this bag on here like a bozo.” (He meant “hobo”).

I filmed him for a minute and twenty seconds explaining how to clean and prepare fiddle head ferns for eating, and asked him if I could share it on my blog. He said yes, but then when we re-watched the video together, he asked me to take it down because he claimed he had “made a mistake” and didn’t want to sound ignorant. I tried to explain that no one would care, that people would be interested in hearing his botany lesson, but he was insistent so I honored his wishes. He asked me to explain a #Resistance yard sign in front of a house, mistaking it for a for-sale sign, so I told him to read it out loud and then explained what it meant.

I thought back to that moment 15 minutes earlier when Isaac held my hand crossing the street. I was conscious of the fact that he will not want to hold my hand very much longer, or very frequently. I’m 40 and Isaac is almost 8, and I know I’ve made a choice. The more time that goes by, the more I can blame the passage of time for my choices, but the fact is I am not having any more babies (if I can help it), and I’ll have lots of other chances to go for a run. 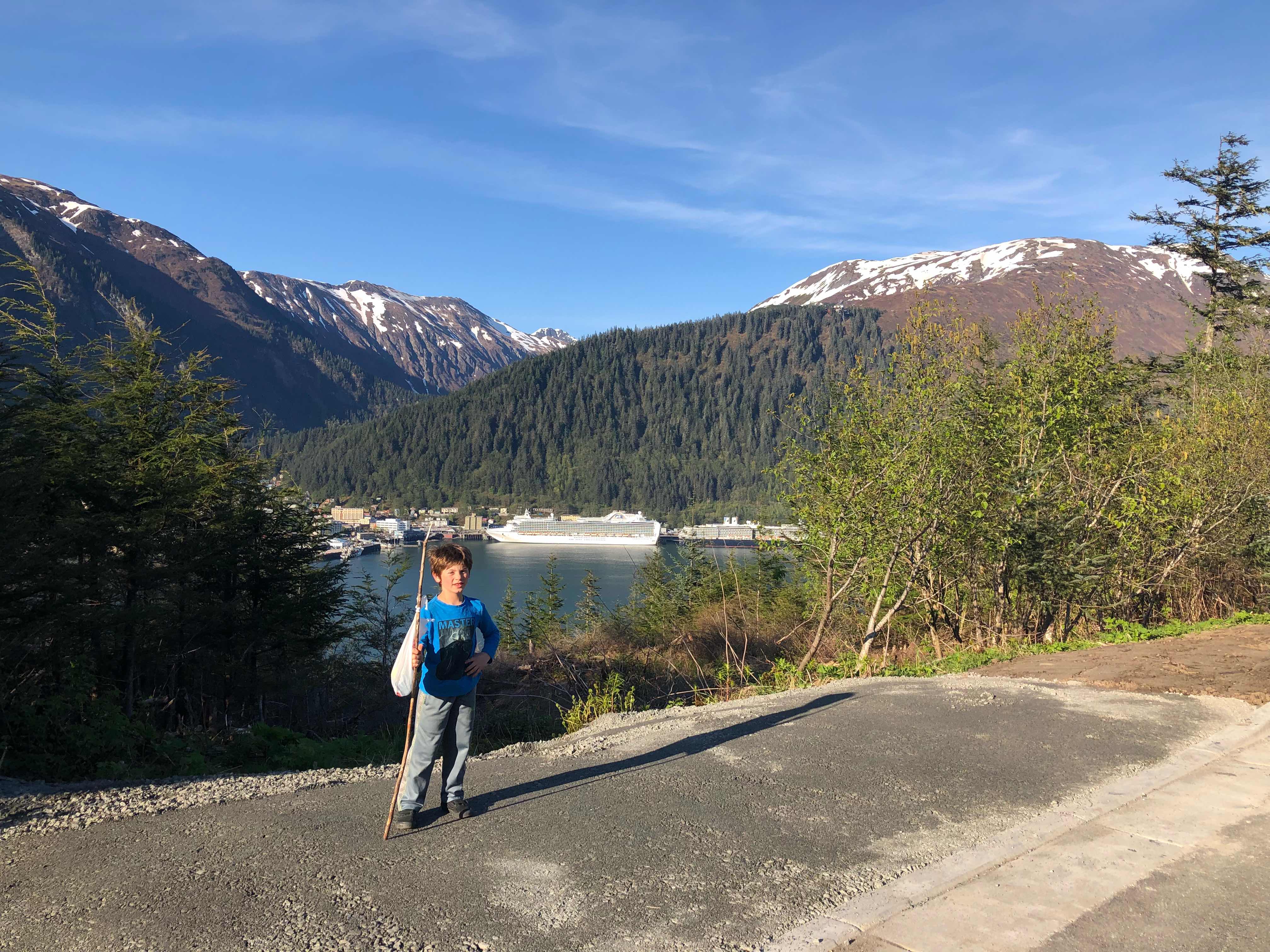 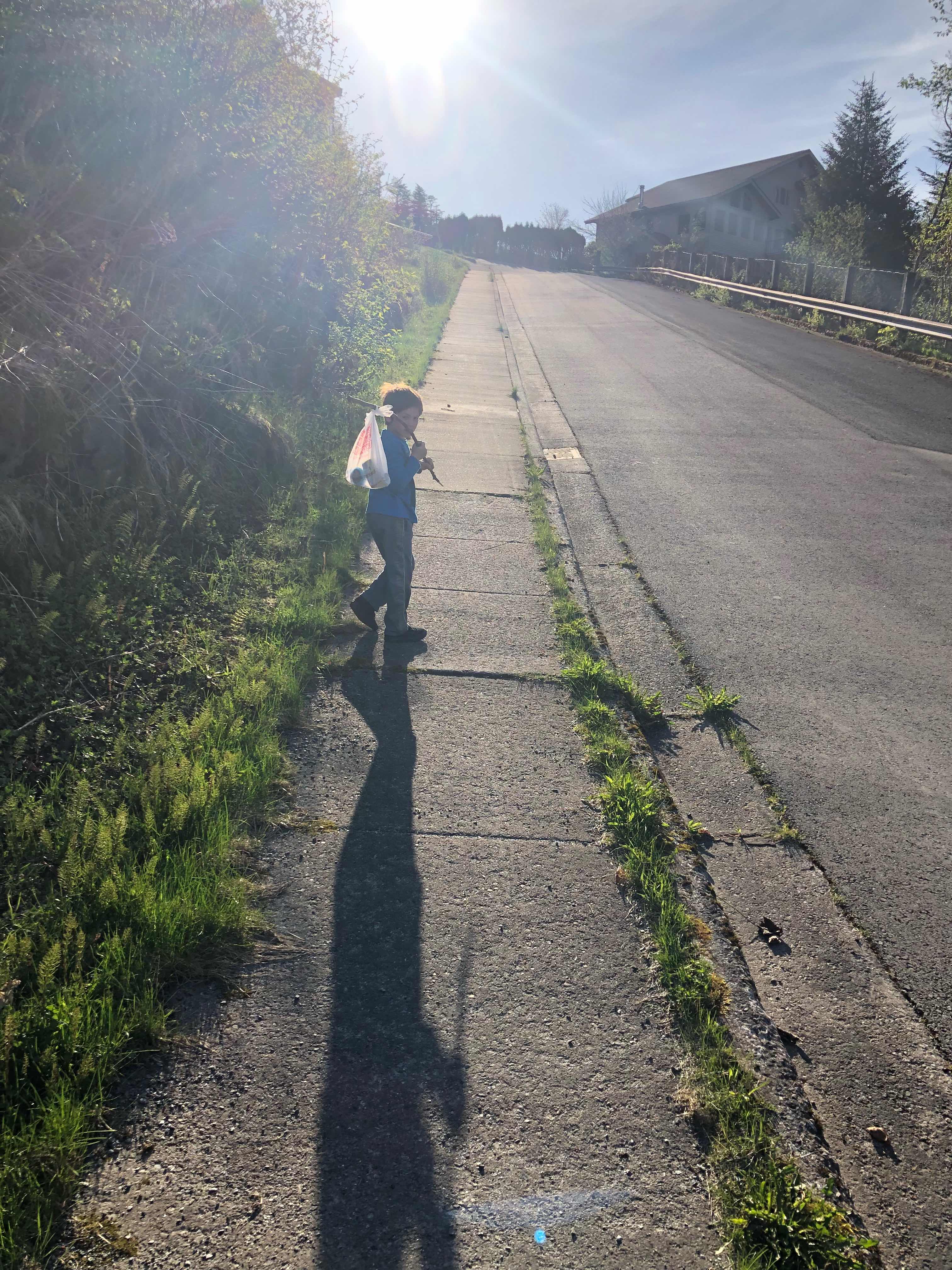 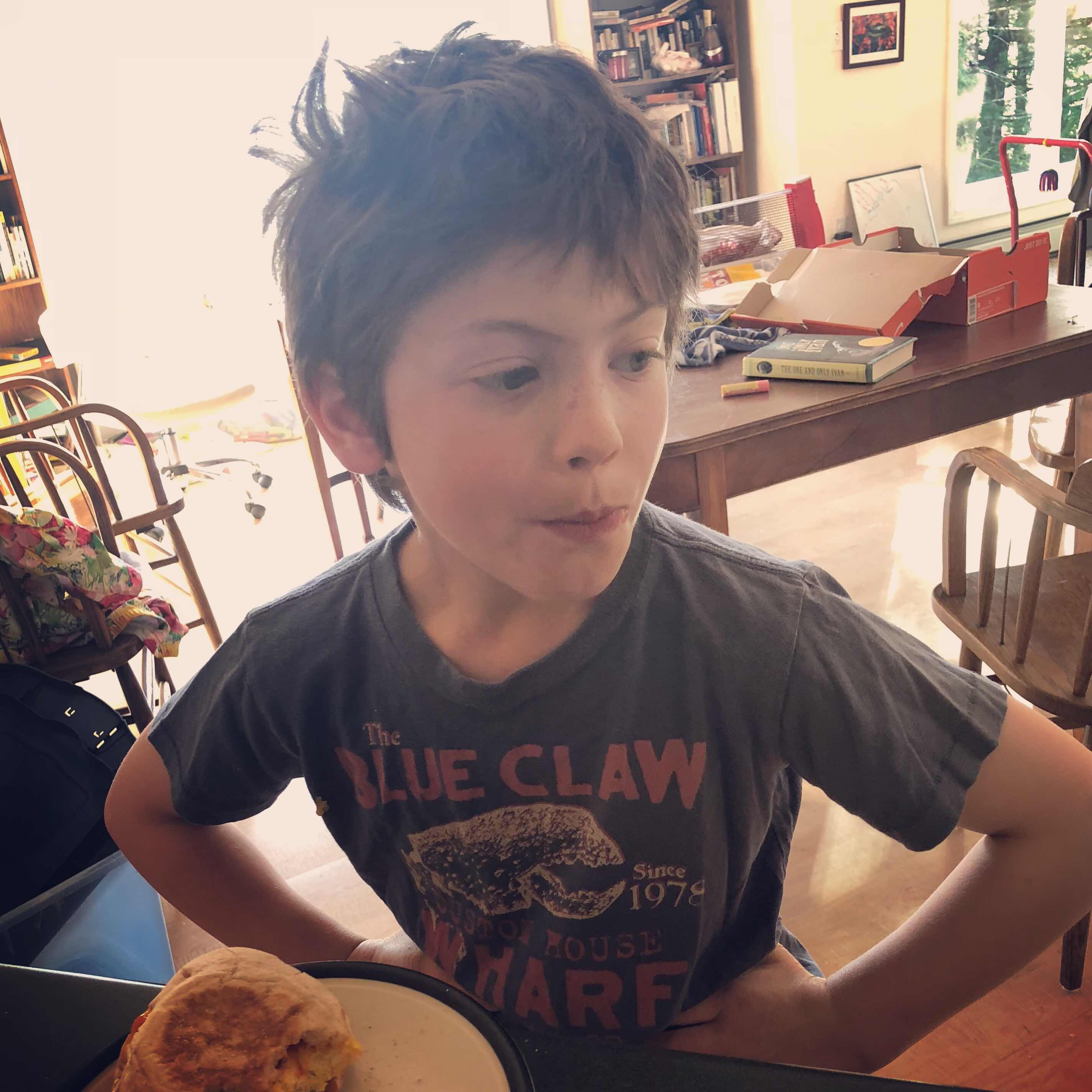