Do You See How it Happens Now?

"How did the good people of [INSERT COUNTRY HERE] let [INSERT CRIMES AGAINST HUMANITY] just happen? If I had been there, I would never have been a bystander."

Do you see how it happens now? Do you see the components and the ingredients? Do you see how there is an architect (Trump/Sessions); a mass of popular support for stark ethno-nationalism (the MAGA movement); victims (people of color/immigrants); a coordinated psychological campaign of disinformation and fear (Fox propaganda); bystanders (most of us); government foot soldiers with badges and guns (ICE); and activists (the ACLU, advocacy groups, some of us individuals, we hope)?
The United States is composed of human beings, and human beings are the same from Germany to Rwanda to Bosnia to Texas all throughout the course of human history.

The current humanitarian crisis at our Southern border is a good case study. I don't need to regurgitate the news to you. You can read it for yourself. But according to the Washington Post, and as reported extensively elsewhere:

Anti-immigrant hard-liners love to come back with "but it's the law," and "no one should be in this country illegally." Listen: Everything that happened in Nazi Germany was ALSO "the law." Segregation and slavery were ALSO once "the law." I'm a lawyer. I've spent my whole career in government. I know that the law is fungible and subject to change with shifting ideas and mores of what justice is and means.

But this is nothing new. This is immoral and evil, plain and simple.

I don't give a fuck what your politics are or what the law is. Separating children from their parents and/or losing track of children is what happens in Nazi Germany and failed states that conscript child soldiers and/or deliver them to sex and slavery traffickers. It's a crime against humanity and it's being committed by government actors acting on behalf of the United States of America, in the United States of America.

Every American--including and especially evangelical Trump supporters who claim to be soldiers for Christ and Jews like me whose families were victims of genocide--should be outraged, and everyone should be out in the streets protesting this, writing to their representatives in Congress, and voting out anyone who is unresponsive to these violations of human rights occurring on our own soil.

This is not what the troops we honor today fought and died for and continue to fight and die for. And what would Jesus do? Not what Sessions and Trump are doing.
That's for damned sure. 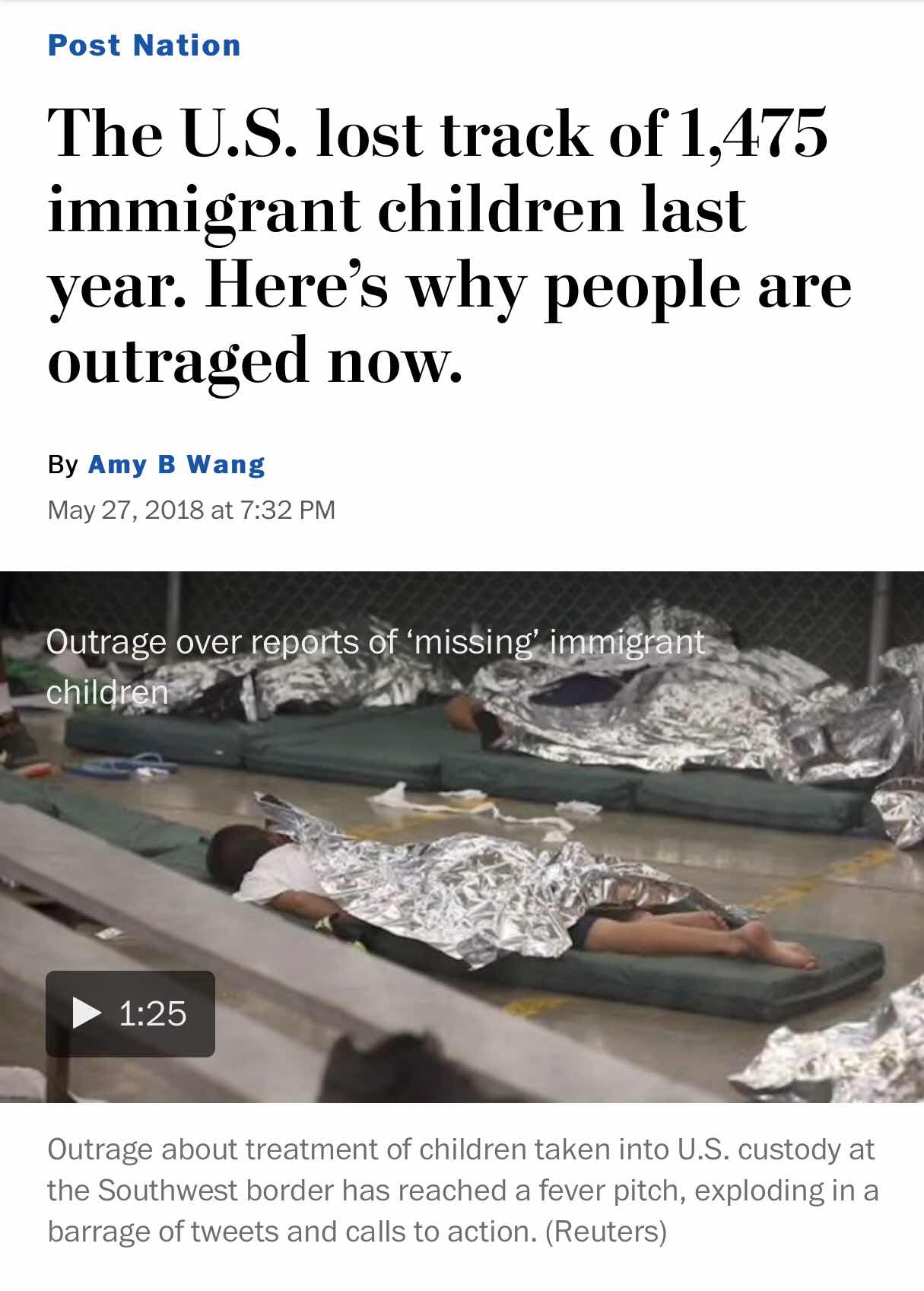