Drivers’ Ed. in the Bronx

The first time I took my drivers’ test, I failed. But I don’t blame myself. Not entirely, anyway. My drivers’ ed. teacher was highly unorthodox in her approach, so I attribute at least some of my failure to her pedagogy.

J.J. was a slight, vaguely androgynous woman of small stature in her mid to late 40's, which at the time seemed fucking ancient. She dressed like an extra from the cast of Shaft, and she took zero guff. She also did not believe in constructive criticism.

J.J. also liked to efficiently combine our educational outings with other tasks. For example, we would often cruise by her sister’s house for mysterious errands, and we would sometimes stop for a bite to eat.

Once, we had the serendipitous opportunity to practice reversing in the McDonald’s Drive-Thru. One of us was “learning” in the driver’s seat while J.J. placed an order. We had just made a left out of the parking lot when J.J. yelled, “THOSE MOTHER FUCKERS FORGOT MY HASH BROWNS! REVERSE! REVERSE!” The driver then squealed into reverse, and we were both treated to J.J.'s highly entertaining excoriation of the McDonald’s Drive-Thru attendant on 242nd Street and Broadway.

After I failed my test, J.J. was there to console me. Just kidding. Of course she wasn't. "I failed," I told her dejectedly. "Mmmmhmmm," she said, shaking her head. "I KNEW you was gonna fail!!"

As disappointed as I was at having failed my test, even my young 17 year-old self had to admire J.J.'s confidence in taking zero responsibility for helping me get my driver's license, as well as giving me a dose of tough-love feedback that is way too rare in this day and age.

She couldn't teach me how to drive, but J.J. fucking ruled. 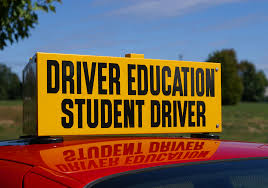