What the Dick is Happening Here?

An alert reader who frequently travels to Maui sent me this screenshot from a Maui buy/sell/trade Facebook page and it is a serious what the fuck. Which just auto-corrected to “dick,” which is apt, because what the actual dick is happening here, is my question.

I mean, I like how he’s calling for gender parity. Like LADIES, we stuff the bra(h) (I actually don’t, and in fact want to reverse stuff my “brah” by securing a fully insurance-subsidized breast reduction), but that’s beside the point.

But he’s selling underwear, right? I mean that’s what this is? Underwear with a compartment for a sock? Or a strap-on? And hopefully it’s new? Totes unclear.


Also unclear is whether this is for fake dick sock-stuffing or for “guys that are hung?” It’s a “cock sock fo days” ... m’kay. But is the call for “no bluff ‘em just stuff ‘em” implying that you need the goods or that an actual sock will do?

This is SUCH a mystery.

True story: Once when I was in law school I went to see a friend’s band, and the woman I was with was so convinced the bassist was stuffing his pants, that we spent all night studying his crotch and he forever thereafter was known as “[Name Redacted] Sock-in-the-Pants.

That’s where this will get you, my dudes. These are a fool's errand. Trust. 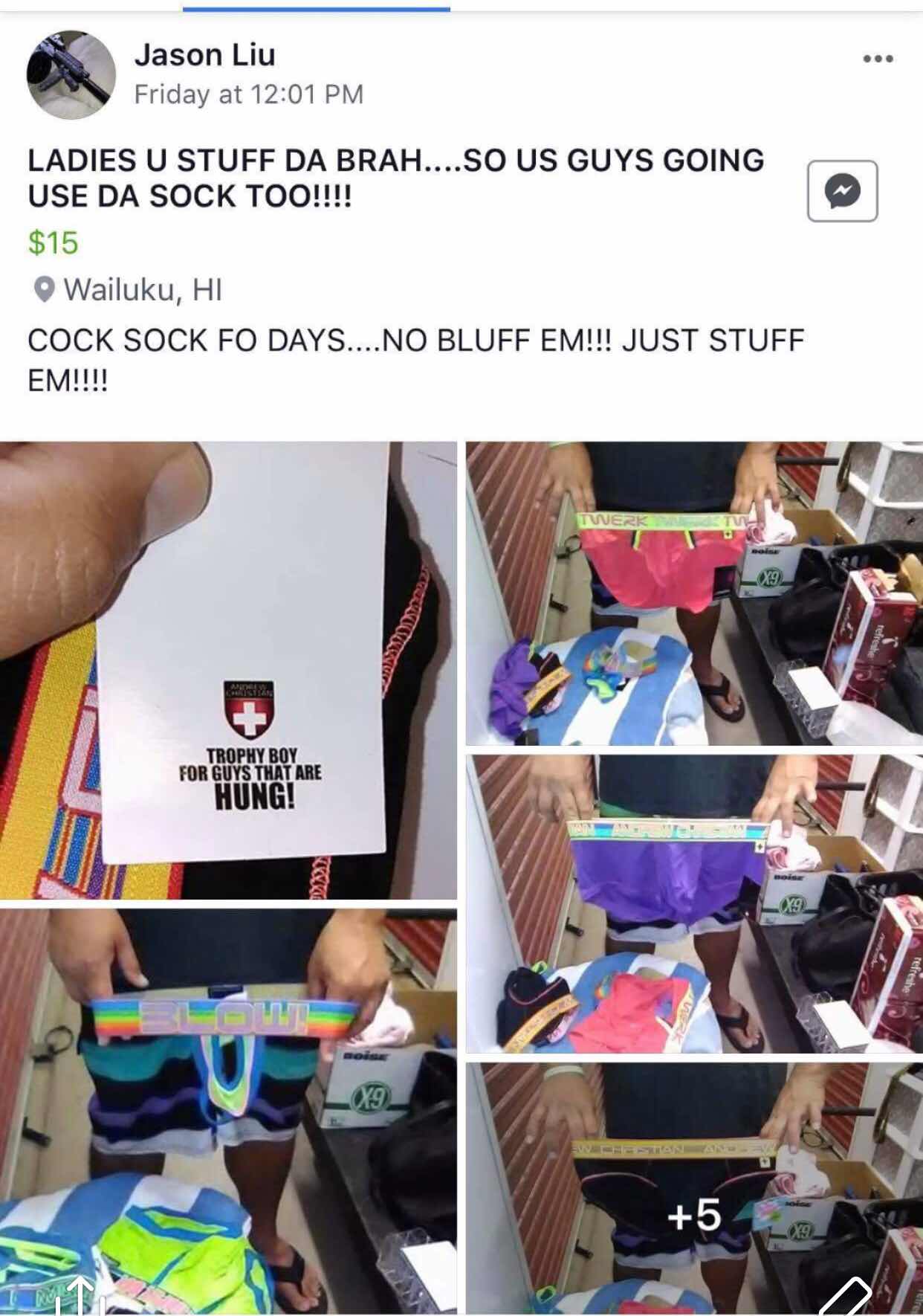