Of all the possible misfired texts in the world—and there are a lot—texting a police tip line to unload a gram of meth tops the list.

This is somewhere on the order of mistakenly sexting your mom, sending a dick pic to your boss, or trash-talking that one bitch from yoga in a group message about Lulu Lemon leggings that you didn’t realize bitch was on.

Except it’s worse, because none of the above scenarios typically come with jail time.

This “Juneau Gonna Juneau!”’moment is brought to us courtesy of the Juneau Empire, which subtitles its article by positing “reason unclear why text went to police hotline.” Now while that might technically be true, I’m gonna step out on a proverbial Sitka Spruce limb here and offer a working theory.

I’m GUESSING that the reason this woman texted the cops to sell them meth is that she is some deadly combo of not very bright, not very lucky, and not very sober.
Like here's how I imagine this went:

SMC: Yo WYD I wanna report a crime
JPD: Please go ahead
SMC: Hold up it hasn't happened yet--it's a crime Imabout to do.
JPD: New phone who dis?
SMC: Wanna buy a gram of meth for $100?
JPD: DEFINITELY. See you in ten minutes with handcuffs.

Then again I feel like this woman is entitled to the benefit of the doubt.

Like maybe she was set up by a fellow meth user who gave her the JPD tip line on purpose and entered it into her phone as "Meth Head Dave."
Or maybe she was just sort of out of it--it was 3:00 a.m. after all and she was trying to sell meth, after all--and JPD Crime Line was right next to "Jackass Jones with the Blue Ice” in contacts, and her shaky finger just kinda slipped?

There are a lot of possibilities, but the basic "reason" a person tried to text a meth deal to the cops is perhaps a bit more obvious than this article implies. 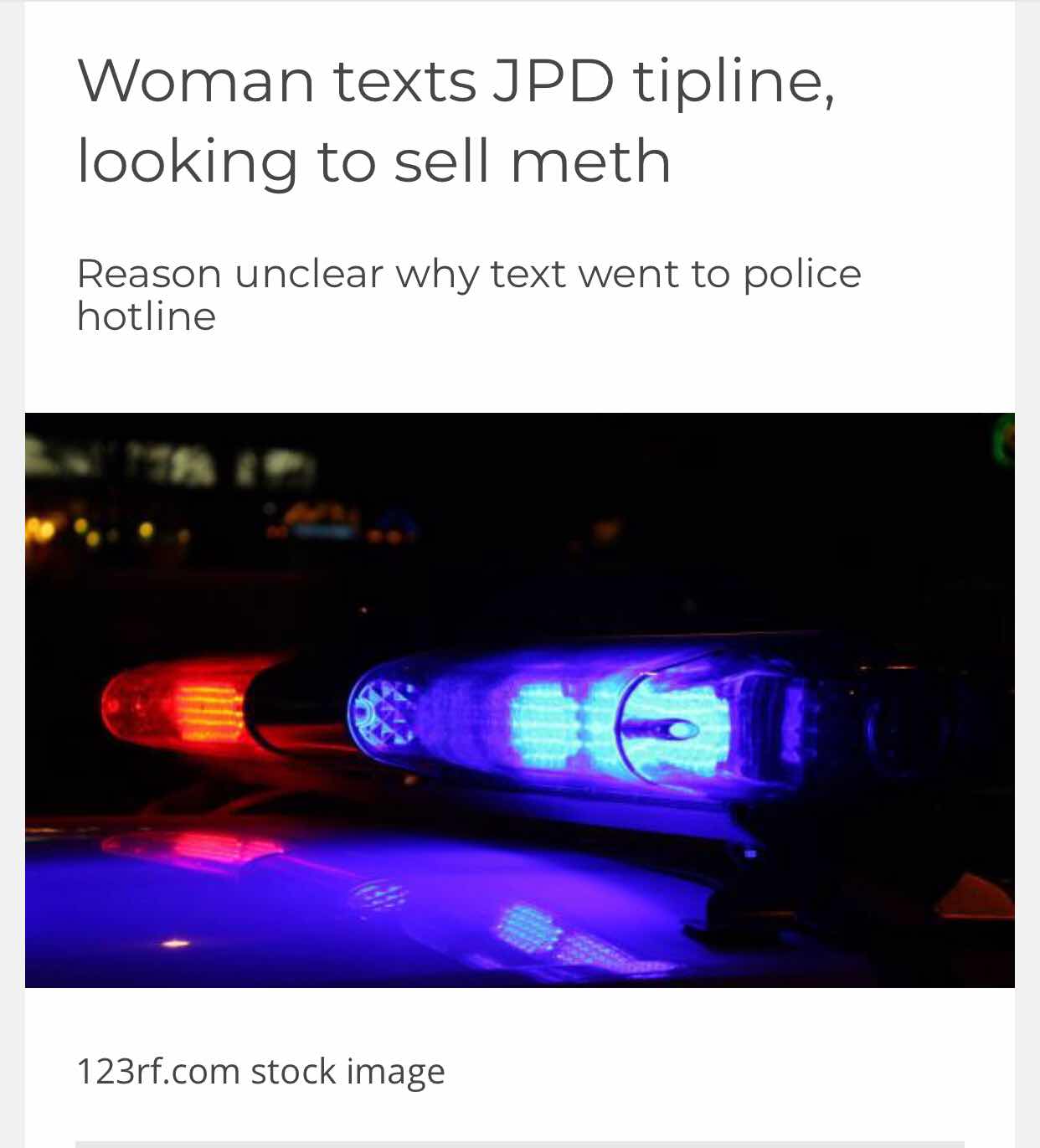 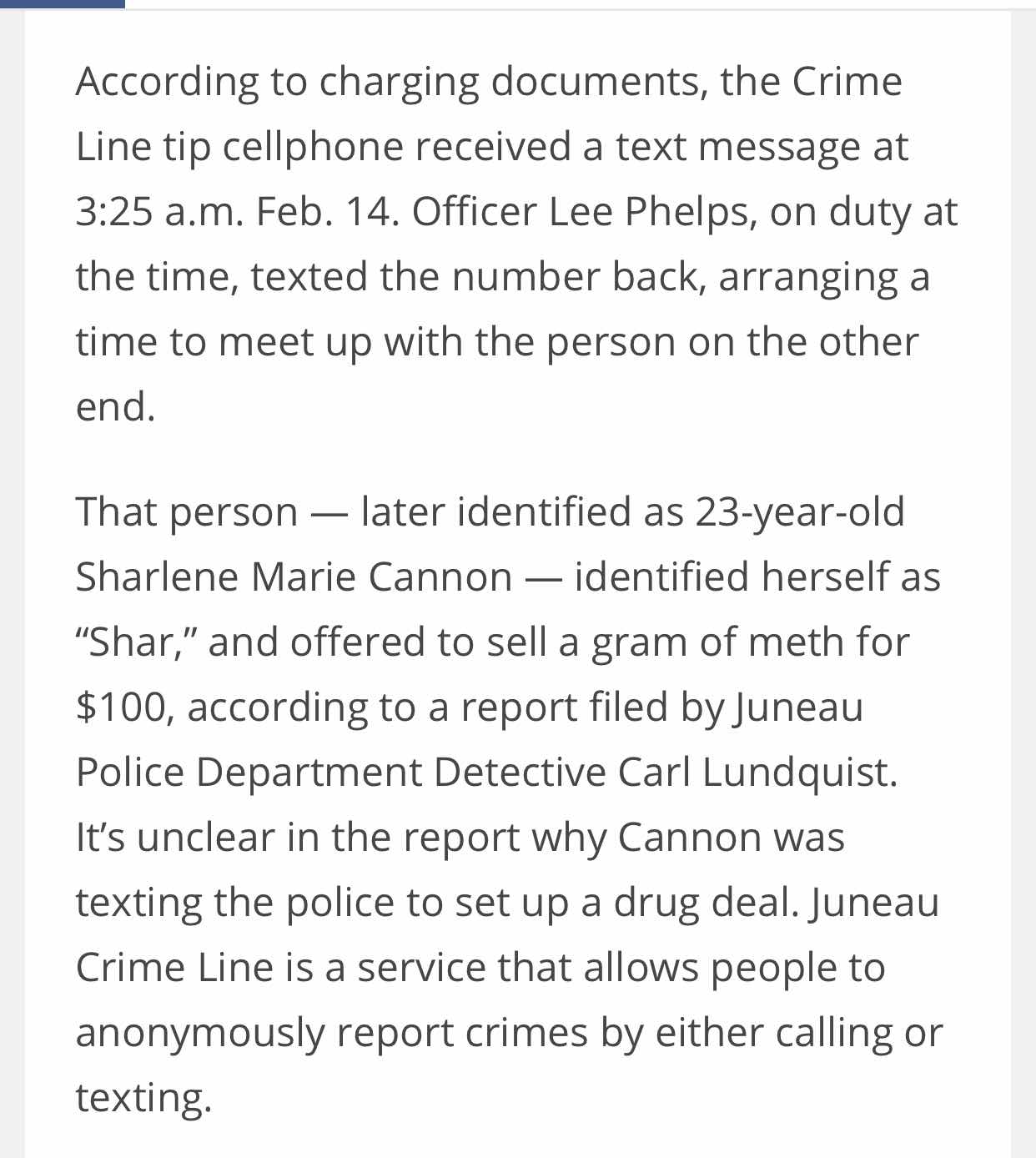