Ah screen time. FUCKING screen time. Screen time and sugar are a form of contraband drugs that my kids jones for all day, every day. Hence the "no screens during the week" rule.

I don't have that rule to be a self-righteous mommy blogger about it. I have it so that there are set expectations and a bright-line, and so that we don't spend every minute of every weeknight negotiating over screens.

Unfortunately, that means that the minute Friday afternoon rolls around, my kids come home from school like CANWEPLAYWITHTHEIPADCANWEHAVEASIMPSONSCANIPLAYONYOURPHONE, etc. And we say yes. And you know why? Because we're tired, too.

We've spent all week wrestling Gladiator-style in a kids versus grownups war for domination of the domestic sphere, and we're all exhausted. (This is the part where a random Baby Boomer writes a comment and tells me I'm under-disciplining my children. I'll save her the time: SHOVE IT UP YOUR ASS, BARBARA!)

I know what you're thinking. You should do this thing to your computer or put it in this setting or blah blah. Fuck that shit. Them bitches in MY world now. I'm not making accommodations. I expect them to work within my censorship rules and they basically comply.

But that doesn't mean I don't ask "what the eff are you watching?" under my breath as I wander over and see Isaac transfixed on two teenage boys making slime and cackling uproariously.

This is his genre of YouTube, apparently. I feel like an old lady saying that. But my kids are consuming media I'm not remotely clued into, but that they and all their friends all know about somehow.

It's like Oh Yeah, The Kalinksy Brothers! Oh yeah, the Eebee Family! And I'm just thinking to myself who ARE these people? I'm in the wrong fucking line of work because these kids are probably making bank. Apparently there's a market--a BIG one--for "Boys Watching Other Boys Do Stupid Shit."

That's Isaac's favorite genre of YouTubery. It's an amateur, G-rated version of Jack Ass, is what it is.

They're young, pretty and have great hair with a lot of product in it, and they do stuff like put pancakes and Sriracha in a blender and eat it. Or--and this was my personal favorite--make a giant mound of slime, pour it into an inflatable backyard kiddie pool, put a mini-trampoline on TOP of the pool, and jump around on the mini-trampoline to see if it sinks.

These pranks are innocent enough. But they're planting a seed for a level of mischief that sort of puts me off my food. So when it's over, I usually sit Isaac down and deliver my standard "Alaska Boy" lecture, which typically goes like this: 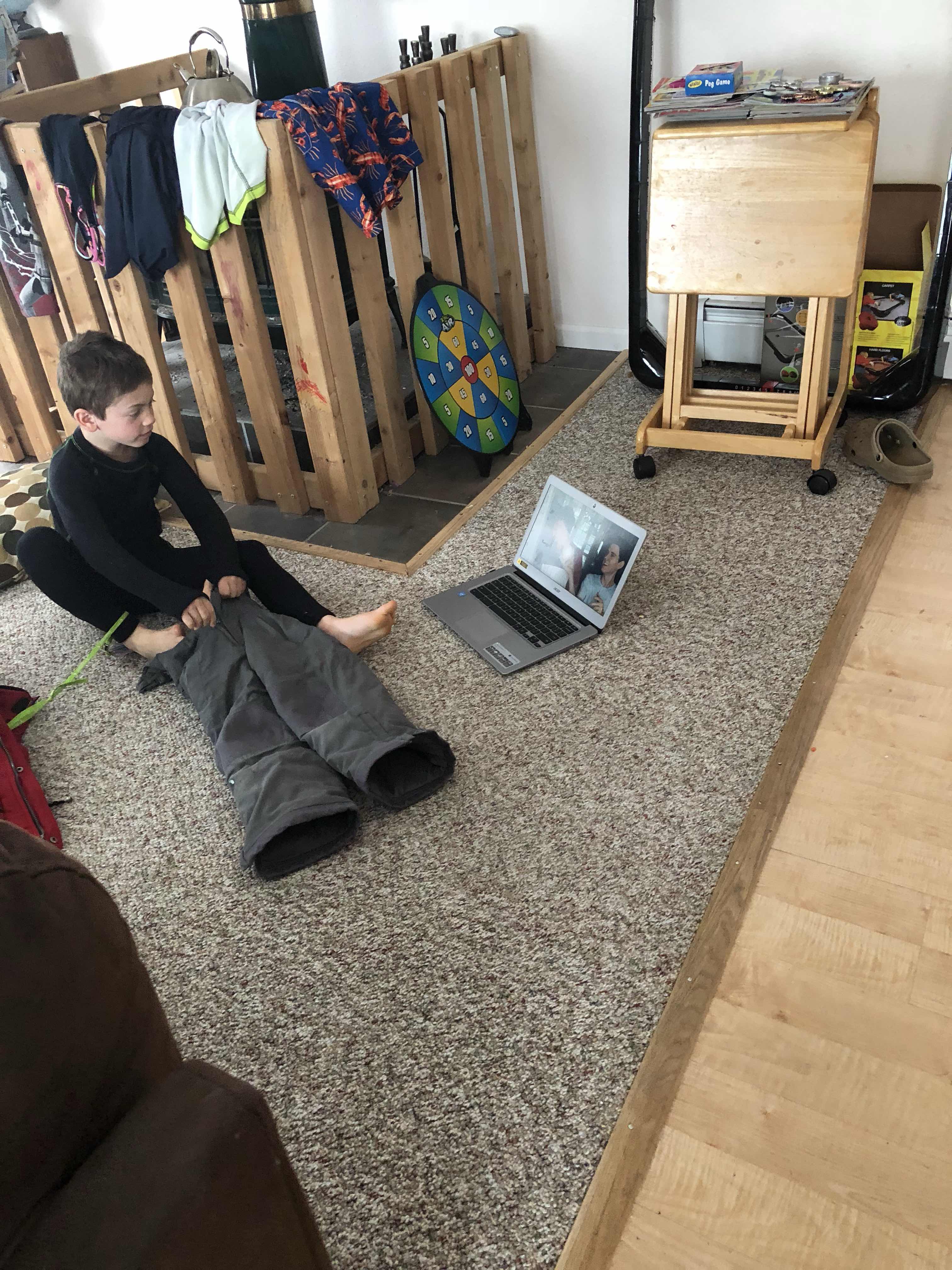