Two years ago, someone tried to get me fired for my blog. It was one of the scariest and darkest moments of my career.

Although she didn't ultimately succeed, at the time I really thought she might. She wrote and persistently called the newspaper, her legislators, and my employer. I got a lawyer. It lasted months.
Throughout the entire difficult and humiliating ordeal, there was one thing I could be proud of: I stood behind every word I’d ever written, with my name attached to it. I own my writing, whether I'm dashing off a blog post or signing a pleading in court.

This complainant's screeds to Anyone Who Would Listen™ included a smug “revelation” of my identity, as if I'd ever tried to hide who I was for even one second, and she was a gumshoe detective who was unmasking me, Scooby Doo-style, to the world.
My professional life and my life as a blogger are two separate and distinct parts of my existence, with the former, fortunately, protected by the First Amendment. It wouldn't take anyone with a WiFi connection more than two clicks to "figure out" who I am. My blog was never a secret to anyone. My identity has never been a secret.

And that's because anonymous writing (in my opinion) is a coward's endeavor. And if it's one thing I'm not, it's a coward. As a general rule, I do not believe in anonymous writing. Not on the internet, not in comment threads, and not in newspapers. If you have something that's important enough to say, and demand another person’s time and attention to read, you should have the courage to own it.

I thought about this again when reading today's anonymous op-ed in the New York Times from a "senior Trump administration official" assuring the country that there are "adults" embedded in the administration, working to save America from Trump's worst impulses.
The Times defended the "rare” and (not coincidentally) click-baiting “step" of publishing anonymous content:


[A]t the request of the author, a senior official in the Trump administration whose identity is known to us and whose job would be jeopardized by its disclosure. We believe publishing this essay anonymously is the only way to deliver an important perspective to our readers.

Uh huh.
Predictably, ten zillion hot takes followed. Anonymity was good, because otherwise we’d be focusing on the author and not the content, and this person would be fired and no longer able to nobly “protect us" from Trump. Also: EVER HEAR OF THE FEDERALIST PAPERS?! GOTCHA!

Put aside the fact that it's un-democratic and alarming that the nation's top elected official is apparently being controlled by unelected appointees. That's called a coup. And simply "waiting out" Trump's presidency while the "grownups in the room" save us all is a failing that everyone now serving in Congress must live with--forever--as an abdication of their office and its own act of profound cowardice.

The more cynical (and to my mind, accurate) view of the Times op-ed is that its author is protecting themselves. Their career, their reputation, their party, and their future. They want their cake and they want to eat it too. They want plausible deniability when this national nightmare ends and the inevitable reckoning comes. They want to pull a self-satisfied “I told you so" someday, without having to accept or acknowledge their complicity in what’s happened and continues to happen on their watch.
It’s an insurance policy, taken out on the public and administered by a major newspaper. Nothing more. That's called cowardice and lack of character.
And I'm sorry, but it's bullshit. 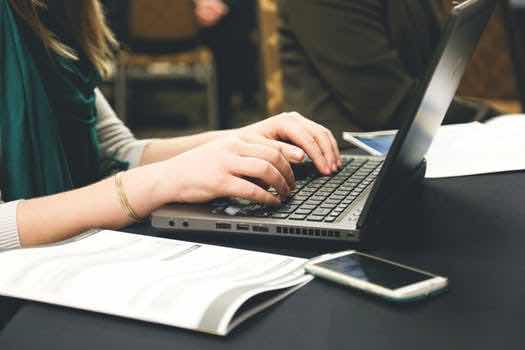