The Kavanaugh Circus All Boils Down to One Word: Entitlement

So here's a little thought experiment.

Pretend you were born rich, white, and Christian in post-war America. You attended the best private schools and Ivy League institutions in the country, worked at a series of progressively prestigious jobs, and now you have the chance to reach the absolute pinnacle of your trajectory.

You've planned for this your whole life. Everything you've done has led to this moment. You're about to interview for a lifetime appointment to one of the nine most important jobs in American civic life.

The reason this job is so important is because it has the power to affect a lot of people's lives, and whether you want to admit it to yourself or not, if it's one thing you have and don't want to let go of, it's power. ESPECIALLY power to affect other people's lives. The job also commands respect among the people whose opinions you care about, and you also deserve respect. You know the interview is gonna be grueling, but you're a shoo-in for the gig.

But then something happens.

Some bitch you don't even remember surfaces from the great beyond to tell on you for the usual stuff you did with girls that you don't even remember. (You were also entitled to her body). And yeah you know they dig for skeletons, but you've basically been a Boy Scout and fuck if you're gonna let some drunken antics from 35 years ago ruin everything you've worked so hard for.

You deserve this job. You're ENTITLED to this job. And so you're relieved when your prospective employer--which in theory is the American people but in practice is a bunch of spineless hacks--says they're gonna put your accuser on trial.

Because of course! That's normal for a job interview, right? When an allegation of sexual assault surfaces, doesn't EVERY employer put the accuser under oath instead of saying "Thanks for your time, we're going in a different direction?"

In your world, they do. In your world, you're ENTITLED to a seat on the Supreme Court. That's the only possible explanation for assuming that you still deserve this job, and that the women of America should have to beg two lone female Senators to protect their medical safety and--for the SECOND time--demand that a Supreme Court Justice be held accountable for the actions of his own dick.

That's the world you live in. Must be nice. 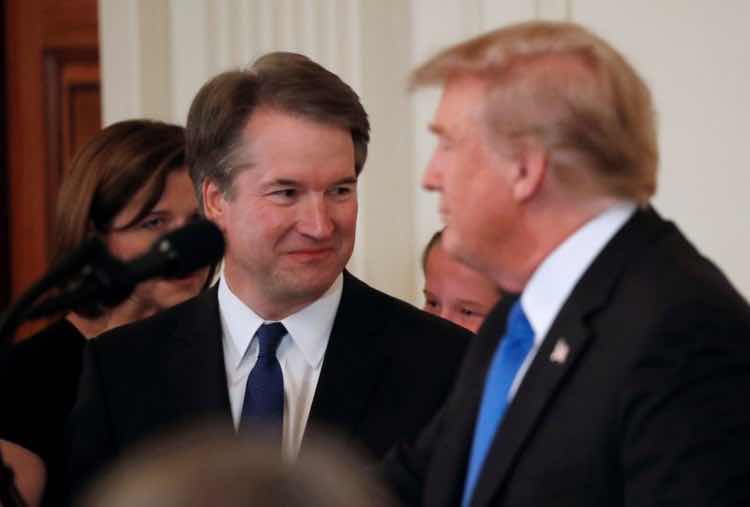