With Brett Kavanaugh’s nomination to the U.S. Supreme Court looking only 99.9% certain, I think we should plan for that .01% contingency and nominate the next best candidate:

Blane from Pretty in Pink.

Actually I checked and as it turns out his name isn’t Blane (or Blaine). It’s Steff McKee. Blane was the NICE asshole played by Andrew McCarthy, and Steff was the true sociopath played by James Spader. But, close enough.

Bottom line here, Steff has the pedigree America wants and needs in a member of the nation’s highest court.
Let’s review his qualifications:

In researching this post, I discovered that I’m not the first person to draw this comparison!
A hilarious piece by Kimberly Harrington published just yesterday in McSweeney’s re-imagines the entire Congressional confirmation process as a re-enactment starring the Pretty in Pink cast decades later, with Brett Kavanugh as none other than Steff McKee himself. There's no such thing as an original idea, I suppose.

But that doesn't change the fact--and indeed only serves to re-enforce it--that Steff McKee is the next best bet should Kavanaugh go down in flames.
Someone call James Spader because there’s a seat on the nation’s highest court with his name on it just sitting there for the taking. 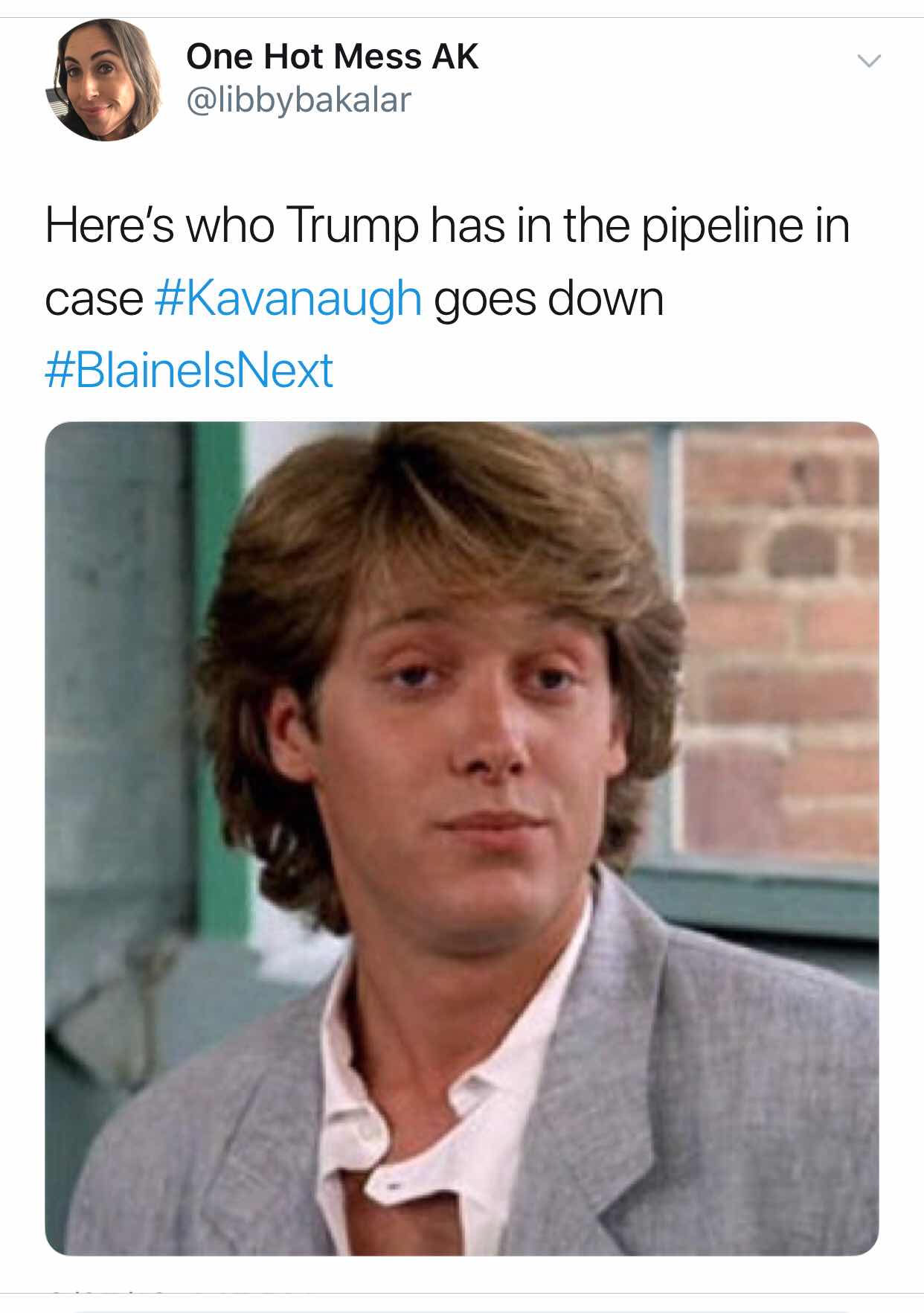