Dear Haters: Please Refer to This Rap from Now On

With apologies to Eminem & 8 Mile ...
Now, everybody from the 907
Put your motherfucking hands in the air to heaven
Everybody from the 907
Put your motherfucking hands up! Look, look …
Now, while they shit-post
Notice these motherfuckers hide inside they keyboards like they fuckin’ ghosts
BOO! Oh wut. Did I scare you?
I got you cryin' to yo mama like boo hoo hoo
Facebook got you gassed up like you the bomb?
Now, who’s 6"9 and scared of a 5”2 mom?
One, two, three, and to the four
One tweet, two tweet, three tweet, four
Four tweet, three tweet, two tweet one
Come out your mom’s basement-- say that shit to my face, son!
You sorry ass trolls think you motherfuckin’ ballers
Sittin’ in your truck reading the Daily Caller
Getting high off your own supply
I know everything you got to say about me, now don't I?
I AM a bitch, I AM a Marxist cunt
I DO get on the internet and flex and stunt
I DID get fired by Dunleavy and I DO keep cursing and frowning
I DO get dragged by Suzanne Downing
I AM a commie leftist libtard with clinical depression
I DO have a million unhealthy obsessions
And no, I AIN’T legit from Alaska
I grew up in an apartment in the Bronx, dumb bastards
Don’t judge me or slide into my DMs, bro
I ain’t ever gonna fuck you, I ain't your 'ho

And I know something you don’t know
You’re all over my feeds taking shots for free
Why you motherfuckers so obsessed with me?
You’re scared to death, you’re scared to look
You know you ten times dumber than your own dog, go read a fucking book
You think I’m blind, that I can’t see?
You can’t even use an apostrophe
So don’t come square up to MY door
Until you can tell me your from you’re
You don’t wanna battle, you're too scared to even use your own name
Hold my earrings, bitch, I'm burning your shit down to the ground with white-hot flames
Using my REAL name
Cause two can play at THIS game
And I got better things to do in REAL life
Than argue with you motherfuckers online like you my fuckin' wife
Fuck a beat, I’ll go acapella
Fuck a tweet, fuck a MAGA, fuck a blog, fuck a lawyer
Fuck you School House Rock mouth-breathers and illegal employers
I’m an SJW I’ll say it proudly
And fuck this battle, I’m gonna win it someday, I’m outtie.
Here. Now tell these people something they don’t know about me. 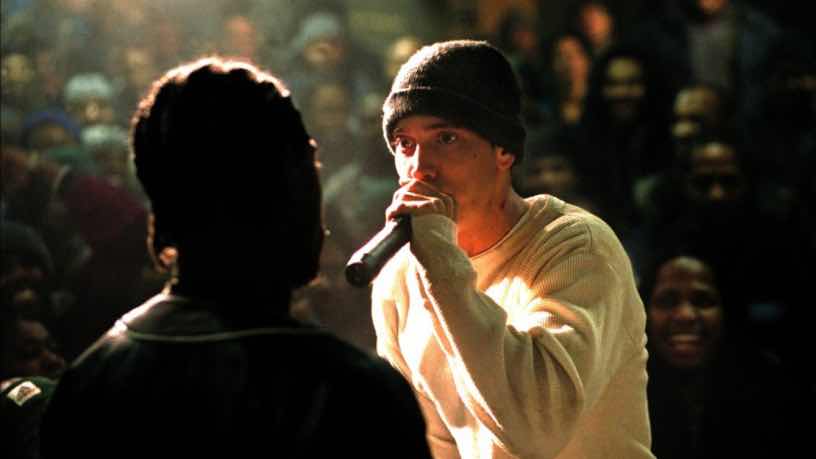