File This Under Things Literally No One Asked For ...

. . . And that yet somehow now exist and are being marketed for $75 because . . . Gwyneth Paltrow? Here's how the actor and lifestyle guru's latest gift to female humanity went down:

GWYNETH PALTROW: Here is a $75 candle that smells like my vagina, which I will literally call "This Smells Like My Vagina."

NO ONE: What does your (and by your, we mean "Gwyneth Paltrow's") vagina smell like?

GWYNETH: I'm glad you asked! It's a "“funny, gorgeous, sexy and beautifully unexpected scent”, a mix of “geranium, citrusy bergamot, and cedar absolutes juxtaposed with damask rose and ambrette seed."

SOMEONE: Oh, it's unexpected, alright.

NO ONE, ONCE AGAIN: What does it cost?

SOMEONE: Please say Nothing.

So why would I buy a wax facsimile of Gwyneth's vadge? Maybe I would, if only to confirm that, as advertised, it is "funny, gorgeous, sexy, and beautifully unexpected" with a "mix of geranium, citrusy bergamot, and cedar absolutes juxtaposed with damask rose and ambrette seed."

Because let me tell you something: I don't believe it.

Unless this candle comes with Chris Rock, I promise you it is not funny. It is also not gorgeous or sexy, at least not to me, because as noted above, I find vaginas gross, but also even if I liked vaginas, it is a fucking CANDLE.

Also, not for one minute do I believe that Gwyneth's vagina or anyone else's smells like geraniums, lemonade, roses, and cedar absolutes. What the fuck is a cedar absolute? Is it different from a cedar uncertain? What is an ambrette seed? And what is bergamot? I don't even know what these things are. I had to Google every single last one of them and you will too. I think you need a total household income of over $500K per year before the Illuminati makes you privy to this kind of information.

Regardless, I don't/won't buy it. At BEST, Gwyneth's vagina smells like soap. At worst, it smells like the crotch of her Lululemon Bikram yoga pants mixed with Chris Martin's junk. But "post-Bikram yoga crotch sweat juxtaposed with that dude from Coldplay's ball sack" just doesn't have the same ring as "ambrette seed" and "cirtrusy bergamot," and I don't think people would spend 75 cents for that, much less $75. Most people could probably accomplish almost the same thing by sticking a Hanukkah candle in their 'na for a minute and sparking it up.

But even if this candle and Gwyneth's vadge both smell as good as advertised, I just think it's a little . . . um . . . weird? To light up a candle like this? Like how is this date going down? "Hang on a second, hand me a lighter . . . let me dim the lights and set the mood here by flooding my apartment with the stench of celebrity poon?" 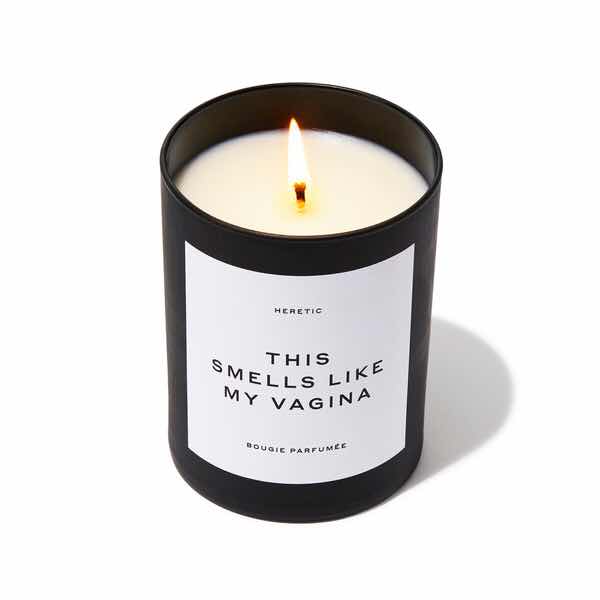 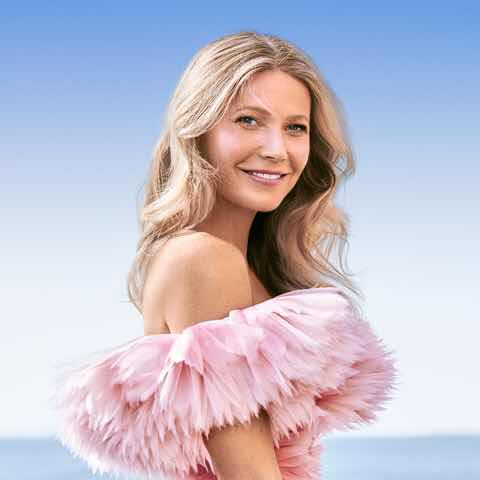