The Domestic Violence-Cruelty Model of Governing

“Do I regret the angst people have gone through, well, sure. But you could not get to this point, where folks are really talking to us about what really matters in Alaska, what folks really value, if we didn’t go through the process of reductions.”

That's how Governor Dunleavy justified his veto of $444M from the State Operating Budget--an act that has proven not just grossly unpopular, but the catalyst for a recall movement grounded in concrete violations of the law and the constitution (as opposed to the disastrous, sadistic policy choices that many of these vetoes reflect).

But there was something even more sinister in the governor's self-serving back-pedaling— itself transparently driven by his own political panic rather than an actual change of heart or mind.

It was the tone that he used to deliver this message. It was a tone that many women, at least, have come to dread since Trump was elected. It's a tone in which abusive politics feeds private abuse, and private abuse--along with a culture that promotes and tolerates domestic violence--allows abusive men to assume positions of power.

This was the language that Dunleavy was speaking--to all the Alaskans who had suffered, brutally and needlessly--under the ink of his imperious "red pen."

As he stood in a Head Start classroom, smugly announcing the restoration of funds for early childhood education—just six weeks after he’d vetoed them and six months after he’d tried to zero out the program entirely—he told us that he had to do it. He had to first threaten the loss of these funds in order to reinstate them.

This is the stock-in-trade language of abusers: "I know I hurt you, but I had to make you understand. You can relax now. You should thank me for stopping. You deserved it."

This is cruelty, full stop. And cruelty is a feature—not a bug—of the Dunleavy administration.
It's cruel to veto funds for early childhood education and senior citizens, causing lapses in services and elders to write their elected officials, quite literally begging for their lives, while experienced staff leave and look elsewhere for work. It's cruel to intentionally incentivize the decimation of education and research, causing professors to flee the state, critical science to go unstudied, and students to wonder if they will be able to get a college education at home.

It was in this context that the governor stridently assumed the podium to announce that, in his magnanimous generosity, he would not again veto these funds after the legislature had voted to restore them. But make no mistake: the only reason he was standing there at all was because of the strength and persistence of Alaskans and their legislators, and the looming threat of a recall.

It's gaslighting, bullying, and psychological abuse for the governor to claim that we couldn't get to this point if we hadn’t endured his punishing red-pen reductions.


The governor, by executive fiat, hurt, scared, and bullied hundreds of thousands of the Alaskans he is charged with protecting. And then he returned to them their stolen morsels, seeking gratitude for his benevolence and claiming foresight in "starting a conversation" that we simply had to have.

“The idea is not to torture anyone or bother folks,” he said. “We know that that was part of the outcome, but that was not the intent. Again we were hoping this would be done in the springtime.”

This is a classic form of gaslighting: you cannot be offended, because that wasn't the intent, and intention is more important than outcome. Because he didn't "intend" the outcome, we are asked to dismiss our own perceptions, feelings, and consequences of the abusive behavior. Also, it's our fault that the abuse dragged on so long.

This not only blames the victim, but it states a lie as though it were a fact: It was clearly and absolutely the governor's fault--and his fault alone--that this funding was vetoed in the first place. No one put the "red pen" in his hand. Indeed, he bragged about that red pen in earlier PR stunts.

Thousands of Alaskans, as well as experts, testified throughout the session that people needed and relied on these programs and benefits. In response to that testimony, the legislature restored them not once, but twice. Yet here’s our governor, obfuscating and denying his role in the process, causing us to doubt our perception of reality.

And if it's one play that Trump's playbook counsels, it’s that a lie repeated frequently and loudly enough eventually becomes the truth.

This small retreat toward empathy was hard-won and made possible only through the tenacity of Alaskans fighting for their basic dignity and the social contract. It was a step that the governor, justifiably terrified of a recall, was forced to take not out of kindness or deliberation, but out of political expedience. And here he is telling us there was no other way.

But there is another way.

We can control the public narrative by calling this out for the crisis PR stunt that it is. Dunleavy doesn't get a medal for punching a kid in the face, stealing their lunch money, and then giving some of it back when they beg hard enough or the grownups make him do it. And he doesn't get to turn the tables and play the victim when the public resists his abusive administration, either.

When men in power traffic in these tactics, what emerges most clearly is our lack of safety. We see how thin the veil really is between the personal and the political; how familiar this is to so many Alaskan women, particularly indigenous women.

I was reminded of my trip to D.C.—made on personal time at my own expense, by the way— to beg Senator Murkowski to vote no on appointing a sexual assailant to the United States Supreme Court. Knowing it was futile, we met with Senator Sullivan as well. He brought his Athabaskan wife into the room with him to sit in silent attestation to his “woke” bona fides. He practically tore a rotator cuff patting himself on the back for his role in the vacuous Choose Respect campaign, all while telling a room full of women-- many of whom were themselves sexual assault survivors--that he didn't find Kavanaugh's accusers "credible."

The ideas expressed and many of the words used in this post are culled, edited, and adapted from an amalgam of recent conversations on social media and elsewhere with numerous survivors of domestic violence and their advocates. None wished to put their name here. 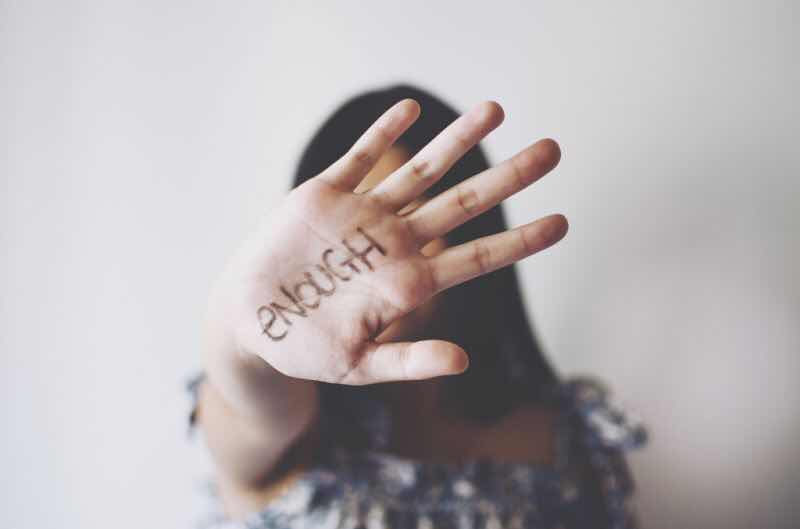