"That Jewish Stuff." That's what my mom calls it.

I hadn't heard her call it that before. Not in those words. Keep in mind that my mom is a big fan and also a practitioner of therapy. She's always telling me to "get some therapy" and that my kids should have therapy. When she saw some signs of anxiety in Paige, she told me I should nip it in the bud and "get her some therapy."

"I wish I'd gotten you some therapy when you were younger," she said, referring to my bouts with eating disorders, depression, and anxiety. "This is just in our DNA. It's that Jewish stuff." She was referring, of course, to the genetically-encoded hereditary disposition to anxiety and depression that Jews typically experience. Epigenetic trauma is not a well-studied science, and what studies have been done cast doubt on the concept of trauma—which Jews have had a bunch of—as printable on DNA.

But it's as much a cultural thing as a DNA thing. My generation of Jewish children was only one generation removed from the Holocaust. We grew up hearing horror stories and could trace immediate family members to concentration camps. We were taught to bristle at the sound of the German language and to fear German Shepherds and boycot German products. We were always on some sort of high alert. We were communicated this idea that the Holocaust was around every corner and we should have our passports ready to flee.

It wasn't a constant onslaught of this message. It happened in hushed tones and whispers almost absorbed through the ether. I was raised by a Romanian Holocaust survivor who had fled to Israel and then America, and she wasn't shy about sharing her experiences, no matter how terrified or young I was. It was communicated that you don't reveal you are Jewish in mixed company unless you have to, but among Jews you code-switch and pepper your speech with Yiddish.

It was like living with the idea that the Bogeyman is real.
And I think all of this fear, be it inherited or learned, just has a psychological impact. My generation of Jewish children also grew up during a sort of halcyon time that allowed us to assimilate and take full advantage of the privileges of white skin. The period of domestic prosperity and tranquility between Vietnam and 9/11 was the exception, not the rule. And so sliding into darker times feels like The Moment™ is Here. At all times, we are ready to fight or flee in The Moment.™

We are especially on guard about Trump and rising anti-Semitism, or most of us are. Many of us hustle hard for broad social justice because we know what happens when people don’t. We are primed to fear persecution for our intellectual work, abilities, or incomes. We have had property stolen from us and we are scared.

And though I can’t speak for them, I imagine it's the same for ancestors of colonized and enslaved POC. I think people who have been colonized, persecuted, or enslaved simply experience persecution and threats differently. We feel them differently, more viscerally. And it makes it hard to stay sane, make good decisions, or maintain objectivity or hope.

But still you have to, because what else can you do? 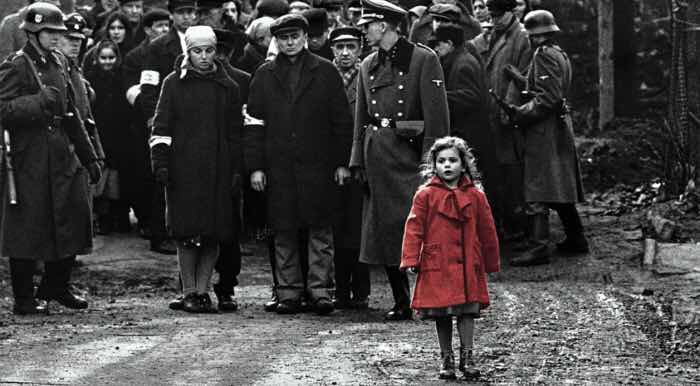