Four Great Pieces of Advice for All Adult Human Interactions

Here are four great pieces of advice my mom, a psychiatrist, gave me. Whether it's a personal or professional relationship with an adult, it helps to frame your interactions this way:


1. IT'S NOT WHAT HAPPENS, IT'S HOW YOU REMEMBER IT. It's not that what happens to you doesn't matter. It matters. But for most things, what matters most--what is most impactful--is how you remember them, and not the details of what occurred at the time. Everyone remembers the same event differently. This is called the Roshomon Effect. For example, my mom worked full time when I was young, but she made a real effort to come home every evening and not travel for work. However, what I remember is that she worked a lot. I don't remember all of the efforts she made to spend with me. That's a bummer for her, of course. But at least in terms of my own psyche, my perception is bigger than the reality. The way we perceive the past, in other words, is just as significant if not more so than what the past actually was.

2. IT'S NEVER ABOUT WHAT IT SEEMS TO BE ABOUT. By the time you become an adult, you've become sensitized to react to different things in particular ways. Everyone has different sensitivities that make them react--their "triggers." A casual interaction can be experienced as rejection or offense, for example, because you are primed to see it that way. You are primed to interpret things in the slanted way you've learned to in your childhood. And the more trivial the encounter, the more skeptical you should be about your reaction. This allows you to stay calm. It helps you understand that if someone is being infantile or unreasonable, for example, you didn't make them infantile or unreasonable. People behave the way they've learned to behave long before they ever met you. Acknowledging this allows you to assess human interactions more objectively.

3. IT'S NOT ABOUT YOU. Ninety percent of a person's behavior has nothing to do with you. When you're a kid, you don't see that, because children are narcissists and believe they cause everything around them. As an adult, you can work to overcome the narcissism of childhood and acquire the ability to see that this isn't the case. Most human behavior is driven by pre-existing bias, prejudice, character, and coping mechanisms. When you understand that negative behavior directed at you isn't really about you, you have the chance to examine a more useful question: what someone else's behavior tells you about who they are.

4. YOU CAN'T UNDO YOUR CHILDHOOD INJURIES THROUGH EXTERNAL SOLUTIONS. Children adopt coping mechanisms to deal with their powerlessness, and adults often try to deploy those same mechanisms in adulthood. They fail, though, because you can't fix what's already happened. In other words, you can't change the past. This is what Freud called the "repetition compulsion." The wish that things hadn't happened the way they did, and an attempt to "undo" adverse childhood occurrences by manipulating external circumstances in adulthood. All you can do is understand the impact of the past, and, critically, the fact that you have agency to move in another direction. You need an adult approach to leave childhood baggage behind. You're never going to relive your childhood in a way that reconciles and fixes things. You can't make it a goal to undo it. A new external experience won't change what happened a long time ago. In other words, the repetition compulsion is the opposite of choice. But as an adult you have agency, and you can choose another path. 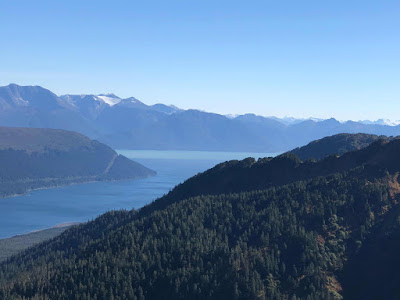