The Apollo 11 Landing of Self-Owns

I wish I’d come up with the title of this blog post myself, but that honor belongs to one of my readers from Cardiff, Wales named Phil Dore (YES, O.H.M. is WORLDWIDE, BITCHES!) And it could not be more perfect, because who Jacob Wohl is, what Jacob Wohl did, and how spectacularly Jacob Wohl failed at doing it is a feat of rocket science that only NASA could actualize.
Obviously, I spend entirely too much time trolling the President of the United States on Twitter (oh hi, 2018!), so I knew who Jacob Wohl was and hated his smarmy ass long before last week when he flew, Icarus-like, too close to the cyber-sun and melted his little alt-right wings trying to take down Robert Mueller. And how did he do that? Welp, by allegedly paying women to make false allegations of sexual assault against Mueller via a website linked to . . . wait for it . . . . HIS ACTUAL MOM’S PHONE NUMBER.

This is what passes for good news these days, Fam.

A 20 year-old Alex P. Keaton-meets-Logan Paul-meets your-straight-out-of-central-casting-young-federalist-MAGA-troll-dickweed trying to--and ACTUALLY BELIEVING--that he can frame one of the most experienced, serious, respected, ethical, and talented prosecutors in America with bullshit pussy blackmail traceable to his fucking MOM.

Madeleine Aggeler over at The Cut has a good breakdown of the entire sad, sordid story of the baby-faced hedge fund wunderkind whose main talent and raison d'etre is groveling at Trump on Twitter, self-promotion, and falling ass-backwards into a federal criminal investigation because YA DONE FUCKED UP THIS TIME, SON!

One of the things I find most amazing about wee little MAGAs like Jacob Wohl--whose most difficult life experience is a tie between losing Call of Duty to a girl and a dropped WiFi connection in his aforementioned mom’s basement—is how little they actually know compared to how much they THINK they know.

Whether you’re talking about science, economics, elections, or blackmailing one of the smartest men in America with a slug of Trumpian lies generated in a dark web test tube with a half liter of Mountain Dew by your side, the gulf between those two metrics is wider than the distance between planet earth and the titular moon landing of this blog post.

Indeed, the moon is about 238,900 miles from the broiling little rock we call home. Coincidentally, this is the same distance between the IQ and competency of Jacob Wohl and that of Robert Mueller and the Federal Bureau of Investigation to which Jacob Wohl’s seventh grade-level prank has now been referred.

An alternate headline for this scandal is “Bitch Who Thinks He’s Playing Three-Dimensional Chess is Actually Playing Candy Land and Just Got Sent Back to Start.”
This stunt is legitimately one step above a kid I knew back in the day who slashed the tires of a school bus and thought he wouldn’t get caught, because . . . No school bus, no school! GENIUS, RIGHT?! Same deal. Mueller grabs pussy during the MeToo era, Trump stays out of trouble! Like that’s the basic logic-level of the jackass we are dealing with here.
So when you look at the moon rise over the horizon tonight, I implore you to gaze up at it and smile as you remember the biggest, roundest, brightest self-own of the week. 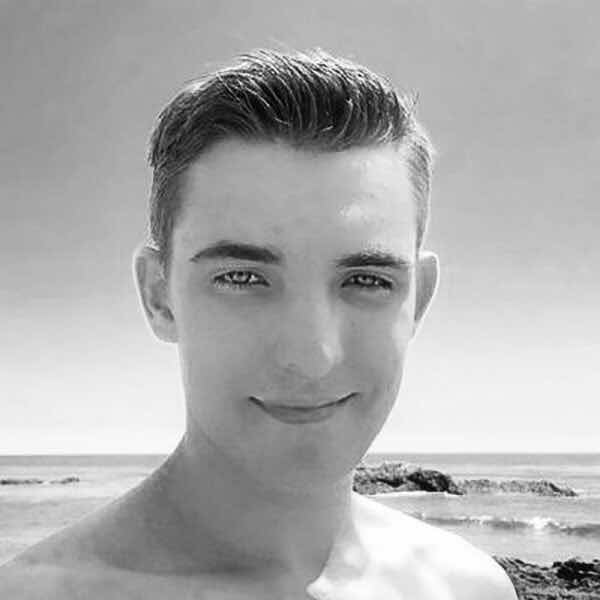 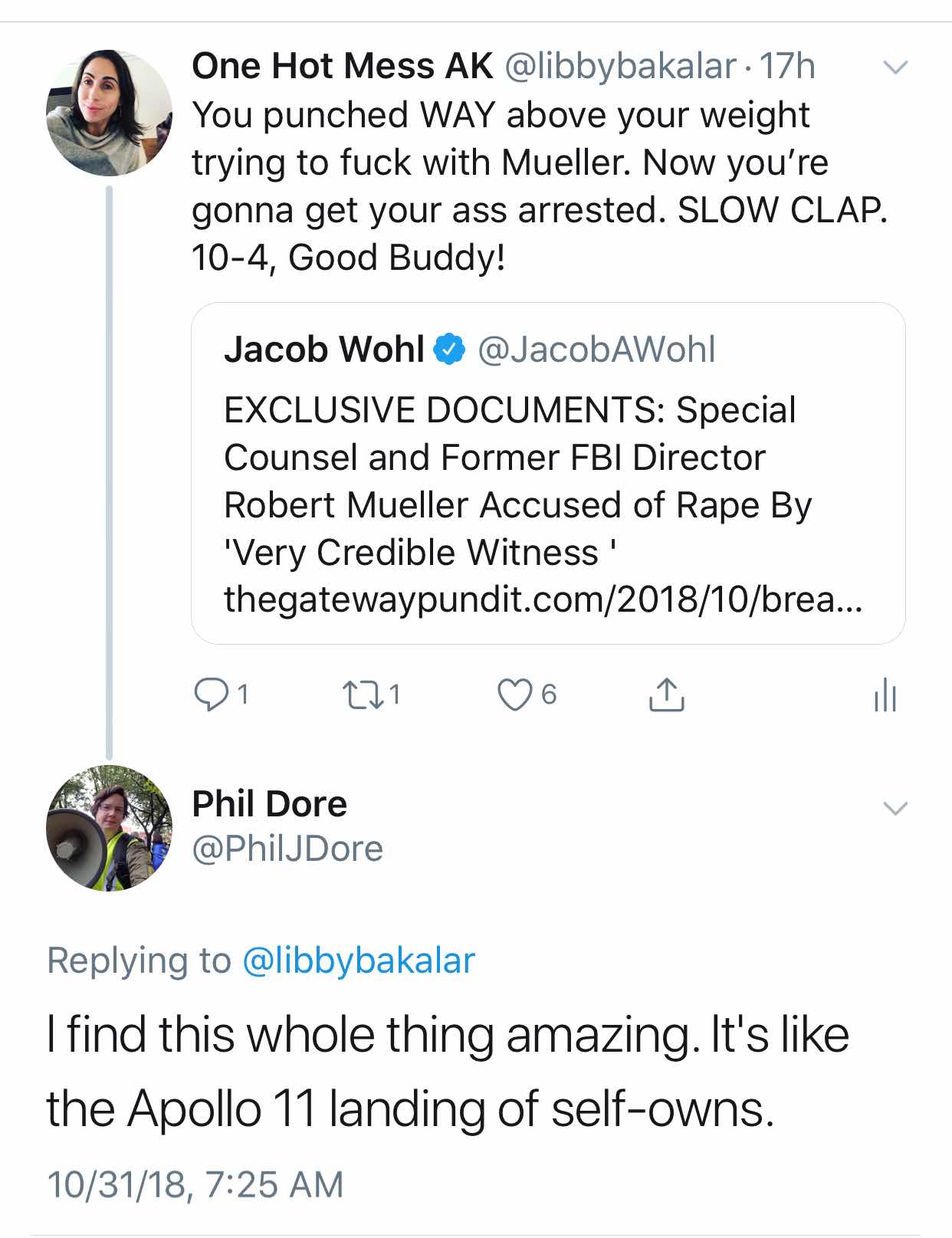