I want to say a few words here about why voting—simply the act of voting—matters so much.

There are certain choices we make as a society because they benefit the collective good. For example: in the developed world, trash recycling and vaccination programs are common because we’ve made calculated decisions that recycling and vaccines, on balance, benefit society. We’ve decided that if we don’t recycle, our planet will perish even faster than it already is, and that if we don’t vaccinate our children, preventable infectious disease will decimate the population.

Democracy is similar to recycling and vaccines, in that it requires societal buy-in to work. One soda can in the landfill and one skipped vaccine don’t matter, of course. But if every person decides their one soda can or their one vaccine is irrelevant, then these efforts fail completely.

The same is true of democracy.

The foundation of democracy is voting. Individual acts of voting, without which democracy simply disappears. It’s easy to become cynical and overwhelmed by the state of our democracy, which in part is why turnout in state, federal, and local elections is abysmally low. Yet every time we stay home on Election Day, we sanction by our silence undemocratic forms of governance. And unless we want undemocratic forms of governance, we can't afford not to vote.

According to new data from the Pew Research Center as reported in the Washington Post last week, on the pie chart of “Who Do We Blame for Trump,” it is nonvoters—not Russians, Bernie Bros, Jill Stein, white women, Facebook, or anyone else—who handed Trump the presidency. Specifically, the 30% of Americans who were eligible to vote but didn’t is a higher percentage than those who voted for either Presidential candidate. Almost half of these nonvoters were nonwhite and two-thirds were under age 50.

It’s easy to be cynical, to think that your vote doesn’t matter, that our government is a joke and a corporatocracy. This cynicism is well-earned by our inept, gutless, and compromised leadership from the top down. But it’s a vicious cycle and an ironic feedback loop: the more cynical we become, the less motivated we are to vote, and each time we fail to vote, we enable and endorse the very system we’ve grown to distrust.

Vote in every election, every time. Do your homework about the candidates and issues on the ballot. It doesn't take long. If available, review sample ballots ahead of time so you know what you’ll be looking at when you get into the voting booth. Look up the dates, times, and locations for voting, and make sure you are registered well in advance.
Voting is the single most effective, direct, and patriotic action you can take in support of American constitutional democracy. Vote like your life and the lives of your friends and neighbors depend on it, because they do. 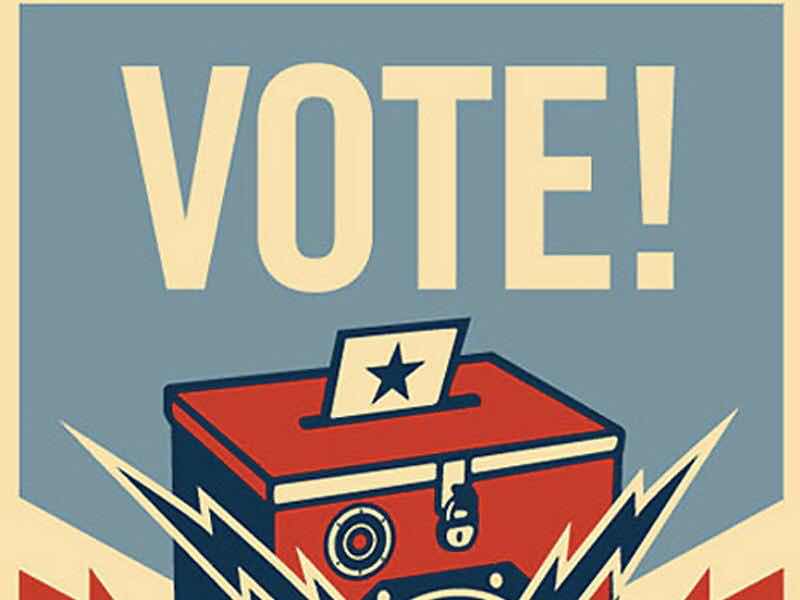