This article in the FAILING NEW YORK TIMES is in a sub-section of the fashion and style section called "Field Notes."

So named, I presume, because it requires intrepid reporters to venture, anthropologist-like, into the deepest, unexplored recesses of bourgeoise narcissistic darkness to report on a little-understood culture of Sapiens: one who would happily pay $10,000 to force their wedding guests to come BACK and watch a movie of the wedding they attended--likely against their will in the first place--months earlier.

Quick personal disclaimer: Although I've been to too many weddings to count, I don't have much patience for 29 year-olds who stomp their feet until their parents shell out the GDP of a small developing nation so they can be Prom King and Queen for a day. I prefer to make myself the center of attention EVERY day, for free, on the internet.

Moreover, I didn't have a "real" wedding. I married for health insurance behind the credenza in in my mother-in-law's living room on Long Island with just a handful of crotchety relatives in attendance, one of whom told me the outfit I was wearing made me look "like a prosecutor."

So perhaps I'm a biased critic of this practice.

Still, there must be SOME objective, mathematical point at which the wedding industry reaches the event horizon of laughable fuckery. To quote one of my favorite writers, Jill Filipovic, on Twitter:


Expecting all (or any) of your wedding guests to attend a viewing of your wedding video six months later is, I'm sorry, fully insane, and probably a sign that you are too narcissistic to stay married.

Yup! Couldn't have said it better myself, which--pro-tip--is why I simply quoted a far better writer than me.

This "service" is UH-mazing. For the price of a new British motorcycle, you can force your closest friends and family to fly or drive to a screening room at a fancy hotel and sit there drinking wine and sparkling water and eating movie theater popcorn and candy while the bride and groom "fully experience every moment from their wedding" all over again. The company that provides this "very luxurious service" also makes the movie using drones (?!?!?!?) a director, and probably Steven Spielberg, though his people did not return my request for comment.

The owner of this racket claims that “the first time people are in awe . . . the second round they get to see everything they missed, all the details they didn’t catch before.” One of the brides who paid for this "luxurious service" added: "eating your cake a year later is so cliché. Every year from now on we’re going to do this instead.”

Let's break down just a few of the unsupported and insanely self-absorbed assumptions here:

1. The assumption that people are "in awe" at your wedding. No, they're not. Not exactly. At BEST, they are extremely drunk and moderately happy for you. More often than not, they are some combination of inconvenienced, put-out at having to make small talk at a table with strangers, and "in awe" of the likely price tag on those flowers.

2. The assumption that there are details they didn't catch before--AND that they care about them. While the bride and groom clearly care about their own wedding, why are they forcing everyone else to pretend to? PSA FOR ANYONE PLANNING A WEDDING: The only detail people do not want to miss at your wedding is a seven-hour open bar of top shelf liquor. Full stop.

3. The assumption that anyone will do this once, much less every year. This is my favorite. "Every year from now on we're doing this instead," she says. Either this woman has extremely patient friends, or she and her husband are gonna have a lot of leftover popcorn to eat. 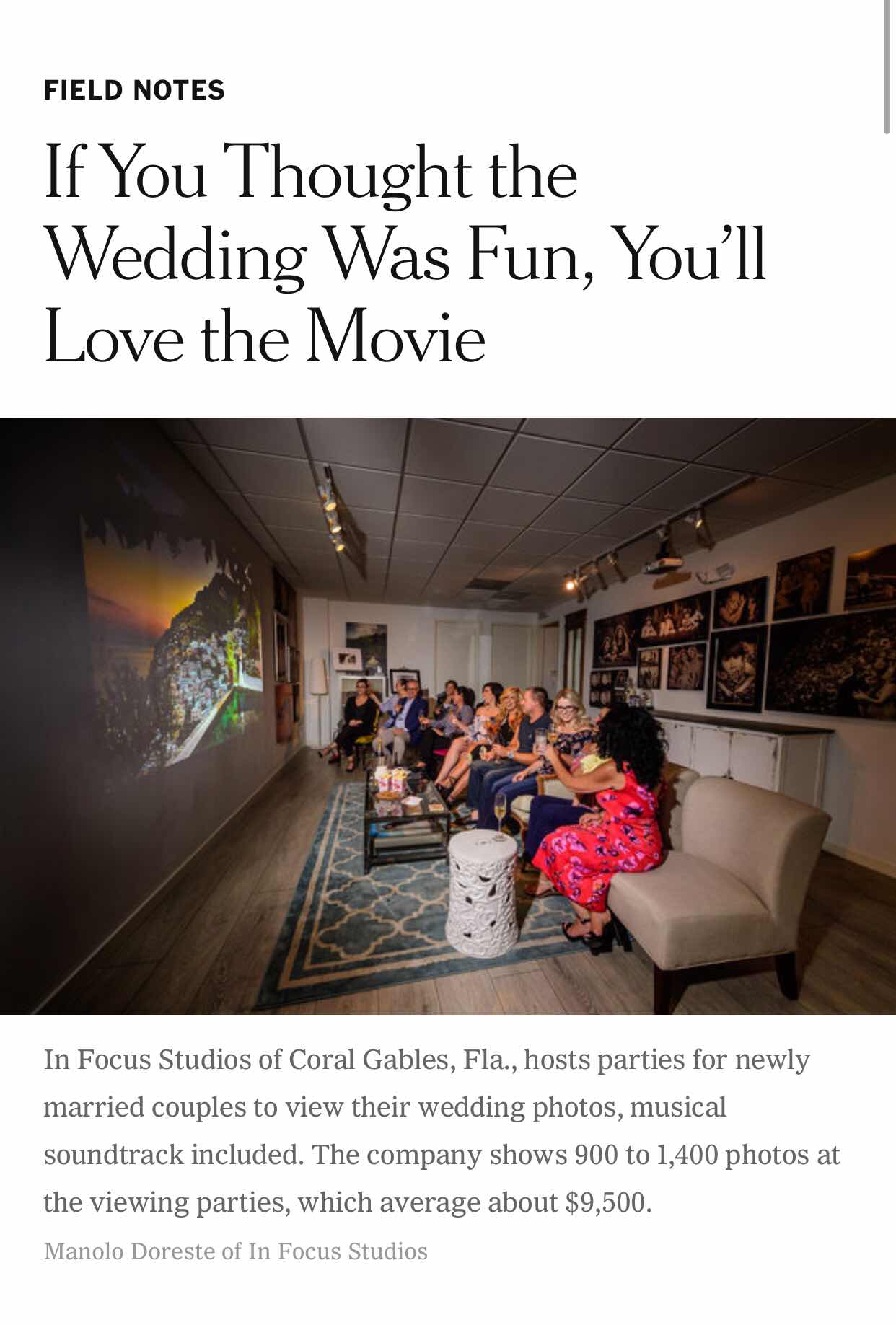