OMFG You Guys. Kate Hudson is Like, a YOOGE Inspiration to Me Right Now

Once every couple of clicks, you read something online that makes you go WOW. The kind of inspirational quote that just stops you in your tracks and forces you to really contemplate what it all means and what you should be doing with your life.

Like this quote and photo from Kate Hudson in the September 2016 issue of Marie Claire where she says so eloquently and profoundly:

"I have a passion for wanting to do things. I want to be a part of things that are going on." (Emphasis in original).

It's kind of like when Homer Simpson famously said, "I can't promise to try, but I'll try to try." I say this (or some version of this) seriously like, ALL the time.

Like I really want to do stuff. I have a YOOGE passion for wanting to do stuff. Actually physically doing stuff is a completely different story of course, because I pretty much hate that and avoid it at all costs. (Unless you count sitting super still like one of those Tibetan monks until your heart almost stops beating minus the spiritual meditation part "doing stuff").

But I def want to be part of stuff that's going on. If it's one thing I suffer from, it's FOMO--Fear of Missing Out. Or even worse, KNOWMO, KNOWING that I ALREADY missed out! I hate the idea that I might not be a part of stuff. I am SO not about that life, people!

Like if all my friends dress up like Catrinas in honor of Dia de Los Muertos for a party and a concert I didn't know was happening until I saw on Facebook that it had already happened, and they all looked snatched AF, and I'm like "WHAAAAAAT?! Are you effin' kidding me?!"

Or if they buy tix to Coachella and forget to ask me if I want to go too. Or if everyone went camping last weekend and someone told me about how a bear ate their Ramen in the middle of the night, and I'm all like, "Wait . . . You went camping without me?!"

I need this Kate Hudson quote and pic on a poster in my bedroom. My number one #lifegoals and #squadgoals is to want to do stuff (again, not actually do the stuff) and to be a part of stuff that's going on. 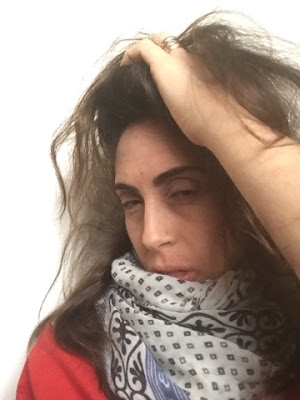 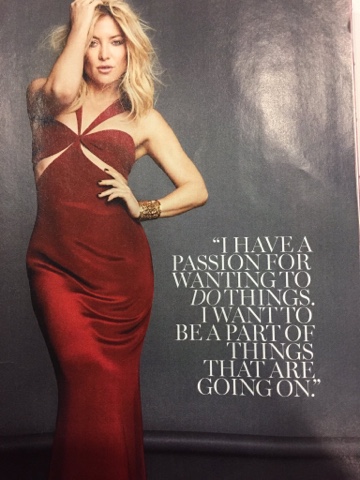